Do you want to be the new Arianny Celeste or Brittney Palmer?  Here’s your chance.  The UFC is seeking new ring card girls, referred to as octagon girls within the organization, for a new reality television series.

The new show will be filmed for the POP TV Network. 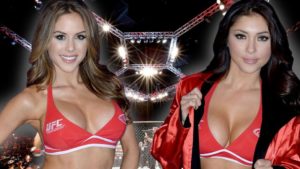 The Pilgrim Media Group is currently seeking models who: