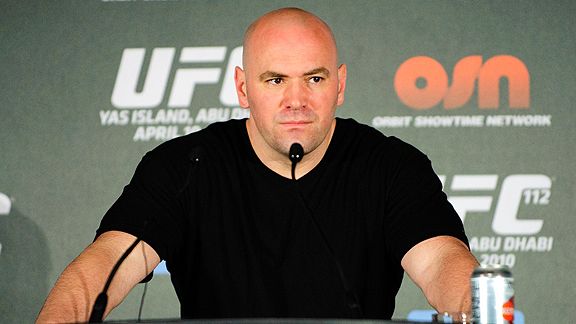 At UFC 226, the main event between Daniel Cormier and Stipe Miocic for the Heavyweight title delivered great first round action and a brilliant finish by the newly crowned double champ. The co-main event, however, was a complete disaster. No. 1 ranked heavyweight contender, Francis “The Predator” Ngannou and No. 5 ranked Derek “The Black Beast” Lewis disappointed every fight fan watching. UFC 226 was also supposed to host a title fight between featherweight Champion Max Holloway (19-3) and No. 1 ranked contender and undefeated fighter, Brian Ortega (13-0, 1 NC). Holloway had to pull out of the championship bout due to medical reasons. The fight card ended up having 11 fights total, and for the most part, it was a decent fight card.

After seeing Ngannou mimic prey rather than “Predator” and “The Black Beast” appear to be anything but a beast, it makes you realize that the UFC heavyweight division is truly in shambles. Once the new heavyweight champ was crowned, UFC President Dana White wasted little time to announce who Daniel Cormier’s next opponent would be, which is Brock Lesnar.

Lesnar is 5-3-0 (1 No Contest) overall in MMA, former UFC heavyweight champion, two-time NCAA Wrestling All-American, NCAA Wrestling National Champion, and WWE actor. Lesnar and Cormier are expected to fight at UFC 230 in November, which is suppose to take place at Madison Square Garden. It almost feels like Cormier’s chance for his super fight, similar to that of Conor McGregor’s battle with Nate Diaz. The WWE superstar will draw a new audience to the Pay-Per-View as everyone watching this Past Saturday night saw the size difference between Lesnar and Cormier.

The real question though is, Is the UFC Talent Watered Down?

The number of fighters in each weight class roster is broken down as follows for the Men’s division’s; Flyweight 51, Bantamweight 72, Featherweight 87, Lightweight 120, Welterweight 122, Middleweight 84, Light Heavyweight 63, Heavyweight 65

In the NFL, there are 53 athletes on an active roster each week. The NFL has 32 teams in the league. After doing the math, the NFL has 1696 athletes active every week. The UFC with 772 athletes on their roster is just under half of the active athletes in the world’s most valuable sports league. The NFL is also valued at $13 Billion compared to the UFC’s $4.4 Billion, After the recent purchase.

Is the UFC oversaturated with talent that doesn’t appear often enough to actually make a name for themselves or earn enough cash to provide for their families?

The reason I ask this question is that as a fan of mixed martial arts I love seeing fighters climb to the top and become successful. I love watching entertaining fights between the top tier fighters. Right now though, the UFC product is putting together cards I’m not willing to watch. There may be one or two fights I want to see on it but between Dana White’s Tuesday Night Contender Series, The Ultimate Fighter, UFC Fight Nights, and UFC Pay-Per-Views, the market is flooded, and I am not even mentioning other promotions such as Invicta FC, Bellator MMA, One FC, and the Professional Fighters League.

Since November of 2017, there have been 30 events between PPV’s, Fight Nights, Fights on FOX and DWTNCS. That’s 30 fight cards in 34 weeks. I love MMA, but I truly think it’s oversaturated at the moment. This is while the UFC is still with FOX and many of the events are free on FS1 and FOX. When their ESPN deal kicks in, 30 events will be on ESPN and their app ESPN Plus. 20 of the 30 UFC fight cards will be aired on ESPN+ which requires about $10 a month membership to view.

UFC 226 didn’t even land at the top of T-Mobile Arena UFC events which took place there. UFC 226 attendance was 17,464 for a live gate of $5,677,238.21. UFC 226 held a heavyweight title fight, which in its self should bring attention to the night of fights, but Cormier, a light heavyweight champion was challenging the heavyweight champion for a chance to become only the second simultaneous two-division titleholder in UFC history. And, still, the gate numbers weren’t there for this title fight, even if Holloway and Ortega weren’t scrapped, I still don’t think it would have been much higher.

The reason I mentioned the NFL is that of the exclusiveness the NFL prides its self on. If you want to play for an NFL team, you must be the best person out there at the time. Now, I know it’s tough to compare the UFC and the NFL but the UFC can limit the number of fighters signed to contracts. Cutting down each division to about 50 fighters would be a strong start and this would allow fighters on the roster to fight more than once a year. Each athlete getting to fight more than once a year will not only help them afford better gyms and camps, creating better fighters, but it will also allow fans to see more of each fighter, creating larger fan bases.

Dana White could even structure the UFC similar to Major League Baseball. The best players are in the majors and then having the minors with athletes trying to work their way up. Not every athlete will get to the majors, but many will have a chance and they will go up and down according to need. The dismantle of WEC and Strikeforce always confused me and I truly believed Dana White could have benefited by transforming both organizations into developmental leagues.

In addition to cutting the rosters in half, cutting back on the number of events will increase the demand for fight cards. The Professional Fighters League I believe scored big time by limiting each division to 12 fighters and creating a post-season towards their championship.

Rankings also need to be corrected within the UFC. They are in place and even though everyone hates how they rank their athletes, the UFC doesn’t seem to be following them by any means at all. Brad Tavares ranked No. 8 battled an unranked opponent in the middleweight division. The middleweight champion Robert Whittaker is scheduled to coach season 28 of The Ultimate Fighter and then fight No. 4 ranked middleweight, Kelvin Gastelum. Gastelum skips over No. 3 ranked middleweight Chris Weidman, who is coming off a victory over Gastelum. Gastelum though is on a two-fight win streak over former UFC MW champion Michael Bisping and No. 5 Jacare Souza.

The Top Ten in each weight class needs to battle each other as they climb to the top, instead of fighting non-ranked athletes. Sergio Pettis deserves the next opportunity against the winner of “Mighty Mouse” Demetrious Johnson and Olympic Gold Medalist Henry Cejudo. I want to see No. 4 Marlon Moraes battle, No. 2 Dominick Cruz for the number one title contender position.

The rankings need to be designed according to a more accurate fitting so fighters may get the promotional push they expect and deserve. Dana White has done a poor job of promoting all fighters in the same regard. If they limit the number of athletes on each roster, make every fight more valuable and then the fighters in each division earn will earn a respectable amount of promotion leading up to their fights.

The UFC penalizes their athletes when they show up overweight. The world’s largest mixed martial arts organization takes 30% of the overweight fighters purse and gives it to their opponent. Sounds like it would be an effective way of limiting fighters not making weight, but fighters recently realized (In My Opinion) that losing 30% of their purse won’t be as damaging to their careers as losing the fight. A win climbs the fighter one step closer to the opportunity of fighting for the coveted UFC belt. In addition to climbing the rankings ladder, each athlete will earn their win bonus which is built into the contract. Most fighters earn an amount for just showing up, and then it usually or close to, doubles when they win. So which would you rather? 30% of someone’s purse and a loss on your record, which will make it tougher to reach ultimate greatness, or, giving up 30% of your purse, win the fight, climb the rankings, earn more sponsorships because you won which translates into higher earnings.

The fighter that makes weight is completely dehydrated from the weight cut. It will take them longer to recover from breaking down their body, in addition to making them increasingly vulnerable to knock out or fatigue. Examples of recent fighters not making weight and using it to their advantage are Darren Till. When Till fought Stephen “Wonderboy” Thompson, he came in grossly overweight and appeared to be fresh throughout their entire fight. Mackenzie Dern is another fighter that showed up to weigh-ins 7-pounds over at UFC 224 and ended up submitting Amanda Bobby Cooper in the first round.

At the UFC 224 weigh-ins, Mackenzie Dern misses weight by seven pounds for her strawweight fight at Saturday’s UFC event. Subscribe: http://goo.gl/dYpsgH Check out our full video catalog: http://goo.gl/u8VvLi Visit our playlists: http://goo.gl/eFhsvM Like MMAF on Facebook: http://goo.gl/uhdg7Z Follow on Twitter: http://goo.gl/nOATUI Read More: http://www.mmafighting.com MMA Fighting is your home for exclusive interviews, live shows, and more for one of the world’s fastest-growing sports.

(Video of Mackenzie Dern attempting to make 115lb. She weighed in at 123.)

I personally believe they should start limiting fighters to weight classes within a certain percentage of their body fat. In high school wrestling, athletes must be hydrated when doing the body fat test and then after the body fat percentage test is completed they are informed how low they can cut weight. Another approach in many states for high school wrestling, which I think would work well, is that the athlete can only cut so much weight each day leading up to the event. Now, this is in place for high school athletes to ensure their safety. I don’t believe it should be in place for a professional adult athlete, but it will help them reach the weight in a safer way if they were required to be at a certain weight within two weeks of the fight.

So you tell me? Is the UFC talent being watered down?