Rami Ibrahim is an icon in the sport of Muay-Thai. He’s won countless titles and made history Saturday night at USKA Fight Night Philly 3 as he won the USKA and WKA sanctioned championship belts (140 lbs) after a hard fought unanimous decision victory over New Zealand’s Quade Taranaki.  After his post-fight interview, Ibrahim asked for his mother to come into the ring.  Tears were flowing as he gave love and credit to the woman who brought him into this world. Rami announced his retirement from fighting, but he will continue running his Rami Elite academy and stay heavily involved in the sport as a world-class trainer and teacher. Going out on top was very important to the classy, humble legend.  He will be missed in the ring, but his presence will definitely still be felt.

In the co-main event, Lisa Edinger (120 lbs) made history as the first professional female Muay-Thai champion in Pennsylvania as she surgically picked apart Rima Sidhu on all scorecards 50-45.

“I’m a little disappointed that I didn’t finish my opponent. I always want to win by knockout, but Rima is a great fighter and I have a lot of respect for her.  She’s very tough.”

Lisa is going to be a big problem in the future.  She’s working on all aspects of her game and eventually will be trading in the ring for an MMA cage.  The 115 lb women’s division is going to be put on notice. Edinger is fun to watch and dangerous.  Remember her name. 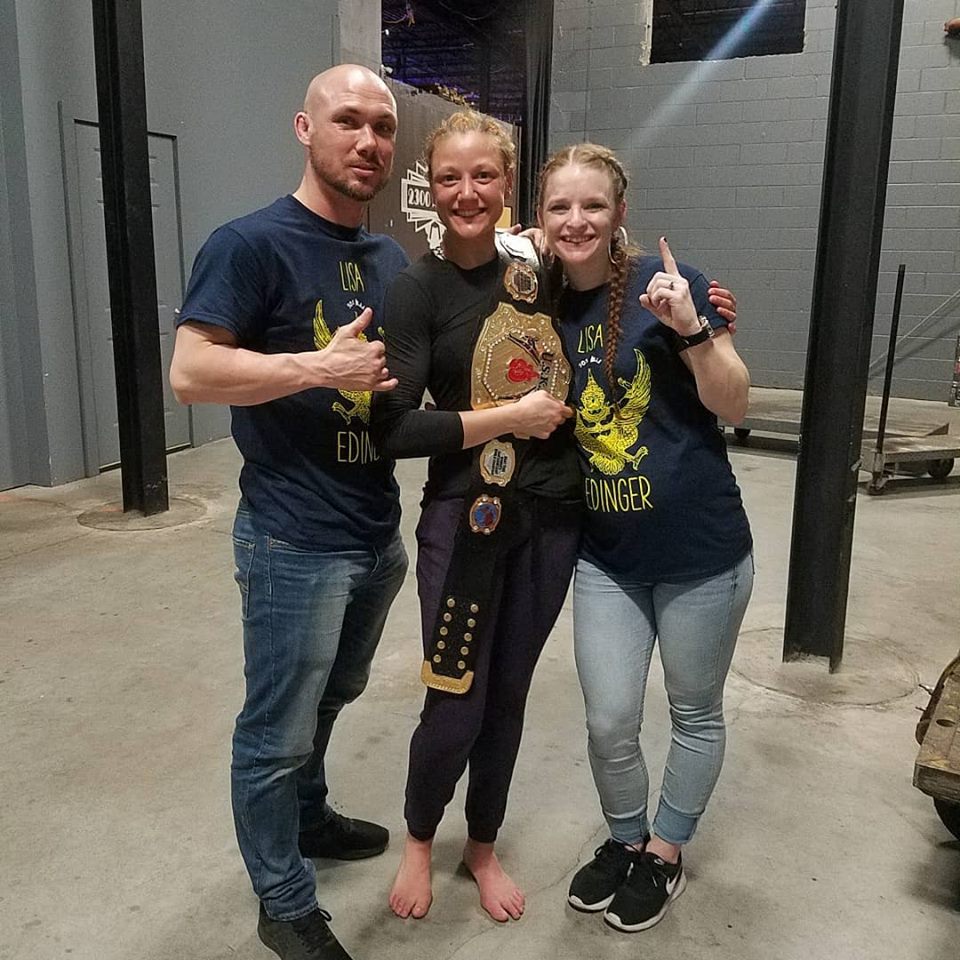 Taylor Matsinger was dominant from the first bell as her jab was super effective.  It gave her much confidence in her debut fight and she poured it on as the referee had to eventually stop the fight at 1:40 of round 2.  Taylor was very impressive.  Looking forward to seeing her next fight 140 lbs

Lenny Cruz 30-27 on all cards over Rafi Harris HWT

Serpico Arriaga TKO stoppage at 1:15 of round 2 over Danny Inch

Ed Marcavage and Jimmy Pro battled to a draw.  29-28 28-28 28-28 165 lbs This was my choice for fight of the night. Nonstop action. Tons of quality exchanges.  Both fighters showed huge heart.  I’m hoping for a rematch as is USKA match-maker Jen Heffentrager.

For info check out the USKA Fight Facebook page.