This past Saturday, November 4, 2017, 10th Planet Master Eddie Bravo made a rare trip out to the east coast for a seminar appearance at Finishers MMA/10th Planet Bethlehem to teach rubber guard seminar details from 10 a.m. to 1 p.m. The last time Eddie was in the area for a seminar was about two years ago, so when news got out he was coming back people were quick to jump on the opportunity to reserve their spot.

In order to help keep attendance reasonable, the date and time were never formally announced, and spots were mostly limited to people who train at 10th Planet or have trained at the gym before on a first come, first serve basis. 10th Planet Bethlehem co-owner Zach Maslany said he had to turn down over 100 people who had contacted him wanting to attend the seminar. Obviously there just wouldn’t have been enough room in the gym for everyone to attend that would have liked to. Even with these efforts though, the response was overwhelming, as you can see in the group photo below. 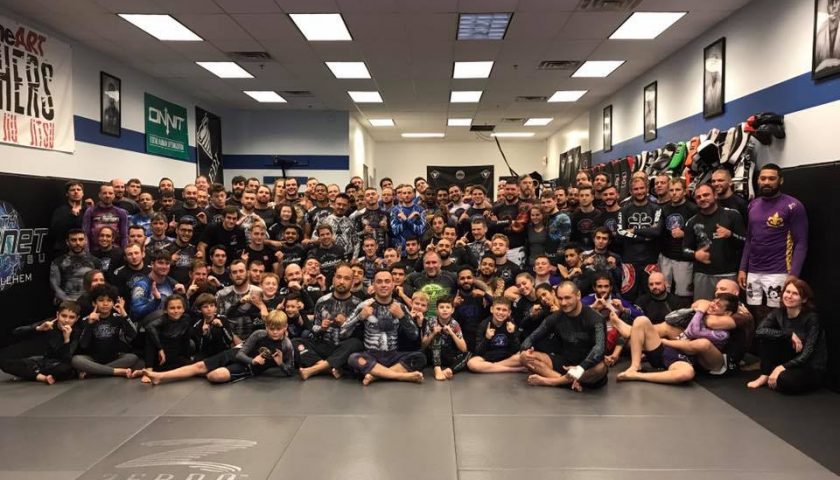 The seminar was focused on paths from rubber guard and Eddie made some great points about how people disregard rubber guard because they say people can break out of it, so it doesn’t work. In jiu jitsu there are all kinds of techniques that work sometimes but not others, but that doesn’t mean we stop using those techniques because they didn’t work once. You just go ahead and try it again the next time to see if it works then. There will always be people who can break through whatever guard you are using, so to say that rubber guard never works just because someone has broken through it once seems odd, since no one really makes that argument about other guards.

It was probably a good thing we were working on rubber guard as well, since it requires minimal movement from both you and your drilling partner to accomplish the moves and with all the people on the mats we were pretty close to each other once everyone had found a spot. Bravo coached us through each step over and over to drill the techniques into our mind and muscle memory, taking us on a path from mission control to muddy waters and showing finishes such as the armbar, dead orchard, and omoplata.

The seminar lasted well past the 1 p.m. end time and Eddie stuck around to take pictures with everyone before he had to wrap things up and catch his flight home. This weekend Bravo unveils the inaugural Combat Jiu Jitsu Worlds event available for PPV on InchbyInch.tv or live at the Florentine Gardens in El Monte, California and 10th Planet Bethlehem co-owner JM Holland will be flying out this week to compete in the event. 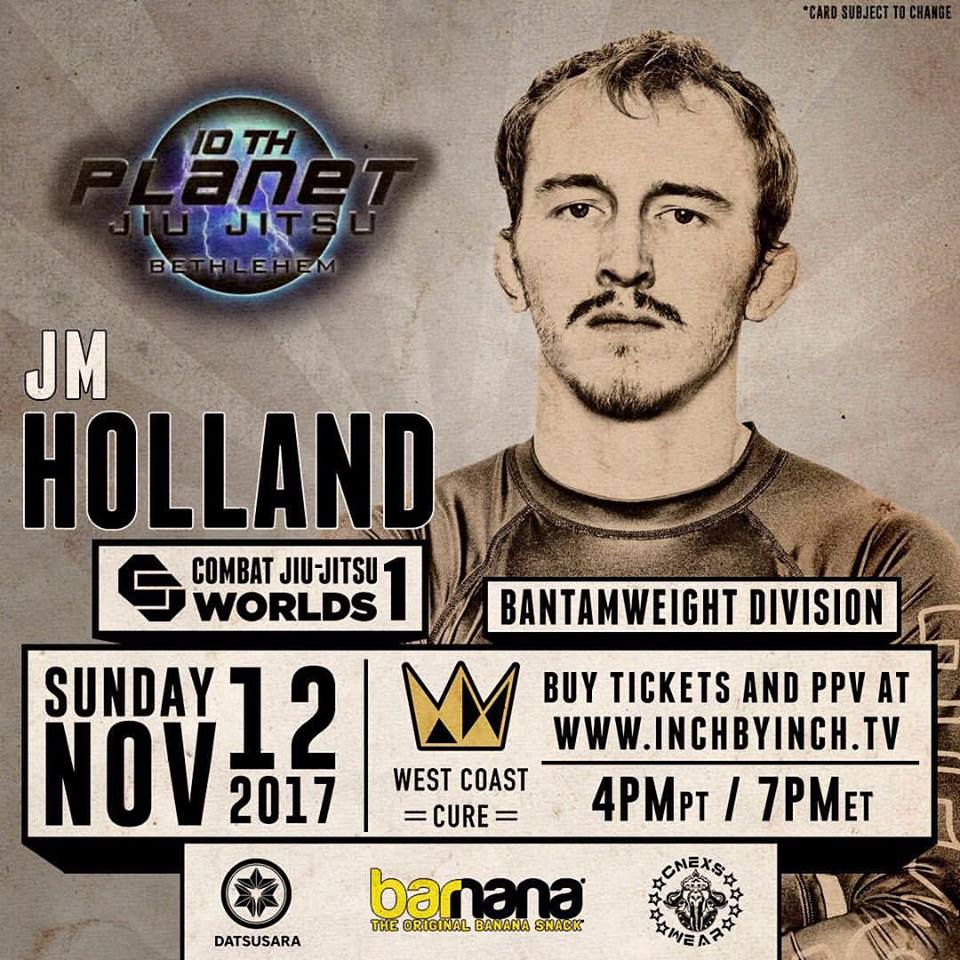 By Adam Martin 57 mins ago