After dismantling one of Japan’s biggest combat sports superstars earlier this year, Lindsey VanZandt (7-2) will offer a rematch to Rena Kubota (9-3), but this time the contest will take place in enemy territory.

The 26-year old “Damsel” VanZandt, a native of Wappingers Falls, New York, picked up a first round submission win over Kubota at Bellator 222 in June. The fight took place on VanZandt’s turf, at the world’s most famous arena, Madison Square Garden.

Kubota, better known by her ring name Rena or Reina, is also professional Japanese shoot wrestler and kickboxer.  The MMA bout against VanZandt was her first fight outside of her native country of Japan.

VanZandt was offered the rematch at RIZIN 20 because Kubota feels she deserves a shot at redemption. According to VanZandt’s management, the 28-year old Kubota called the loss a “fluke” in while offering her reasoning for requesting the rematch to RIZIN officials.

Bellator MMA is holding Bellator Japan on Dec. 29th at Saitama Super Arena in Saitama.  The event is part of a partnership with RIZIN Fighting Federation who will hold RIZIN 20 on Dec. 31st, also at Saitama. Former PRIDE superstars Fedor Emelianenko and Quinton “Rampage” Jackson will square off at heavyweight in the main event for Bellator.

The card will also feature a rematch between former lightweight champion Michael Chandler and Benson Henderson. The fight will take place at a 160-pound catch weight. In 2016, Chandler beat Henderson via split decision.

Other fights on the RIZIN 20 fight card include: 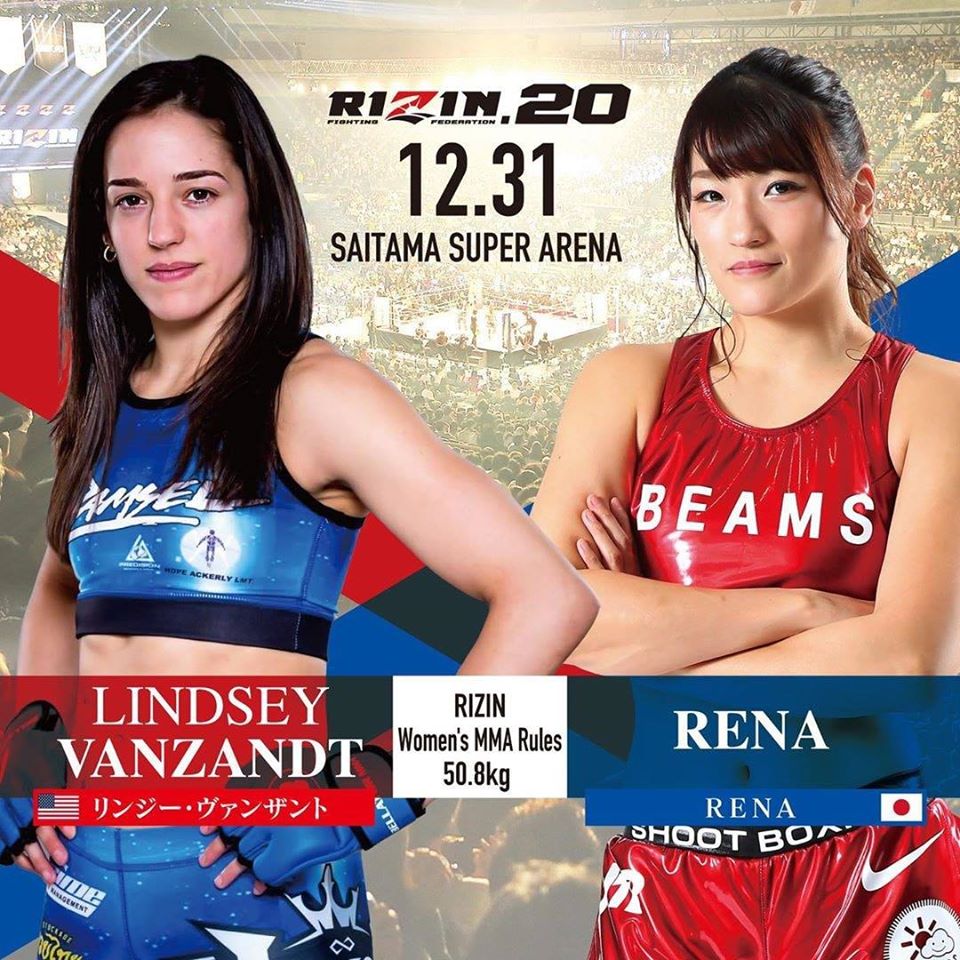 By Brian Jensen 39 mins ago