Meksen’s opponent for the three-round non-title superfight is Ashley“AK-47” Nichols (12-4, fighting out of Canada), who seeks to even score after dropping a decision to Meksen in 2014.

Having earned multiple French national, European and world championships before joining the organization, Meksen’s title quest has shown no signs of slowing under the GLORY banner.  She has remained undefeated – going a perfect 3-0 – since debuting in July of 2017 and most recently captured GLORY gold with a unanimous decision victory over Tiffany Van Soest at GLORY 48 New York in December.

Counting her previous meeting with Meksen, Nichols has faced a who’s who of top strikers, including Van Soest, Iman Barlow and the UFC’s Angela Hill. She also competes in mixed martial arts for the promotion Invicta FC.

Due to a neck injury, Marat Grigorian will not be able to compete at GLORY 52 Los Angeles. His scheduled opponent Stoyan “The Sniper” Koprivlenski (9-1, 4 KO, fighting out of the Netherlands) will now face No. 7-ranked lightweight Josh Jauncey (26-9, 15 KO, fighting out of Canada). Their bout will take place during GLORY 52 SuperFight Series.

Koprivlenski, hailing from Bulgaria, is ranked No. 3 following his lightweight contender tournament victory at GLORY 49 Rotterdam.

Zhuravlev last competed at GLORY 43 New York in July, capturing the interim title in a win over Saulo Cavalari, while Dennis returns to the GLORY ring for the first time since 2016.

The current fight cards for GLORY 52 Los Angeles and GLORY 52 SuperFight Series can be found below:

One additional GLORY 52 SuperFight Series bout will be announced shortly.

Tickets for GLORY 52 Los Angeles and GLORY 52 SuperFight Series, with prices ranging $40 – $150, are on sale now and available for purchase at ticketmaster.com. 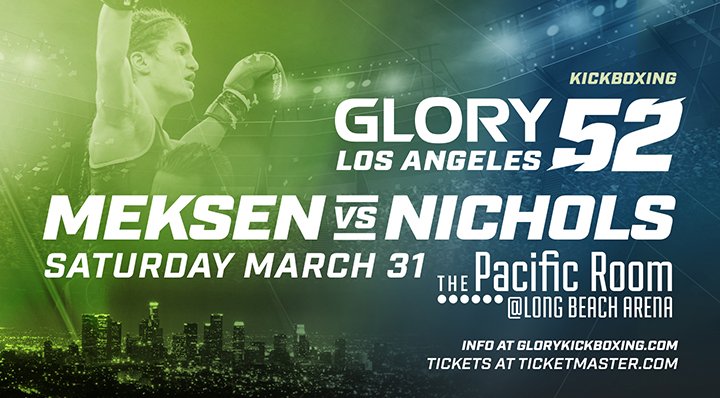 By Andrew Sumian 2 hours ago