Bellator will host another event in England’s capital, London. In the main event will serve Micheal ‘Venom’ Page vs. Logan Storley for the welterweight interim championship. Also, Lyoto Machida will make his return to the cage against Fabian Edwards in the co-main.

The Bellator 281 card is exciting from top to bottom and this article I’m going to shine light on 3 fighters we should look out for. I will exclude the main event and co-main fighters.

Daley, will make his last appearance in MMA and it will be in his home country. ‘Semtex’ will take on promotional newcomer Wendell Giácomo (9-2), the 27-year-old enters the bout with eight wins in nine bouts and comes from the infamous Pitbull brother camp (Patricio and Patricky). Come Friday night Paul Daley will undoubtedly be the fan favorite and will also serve more experience than his adversary as he is set to make his 64th walk in MMA.  Daley and Giácomo are certain to produce a great fight, the Brazilian has only reached the scorecards once, the rest have ended in a finish. Daley has been notoriously known for his power in his hands and come Friday night I expect it to be on full display, this one will produce fireworks. 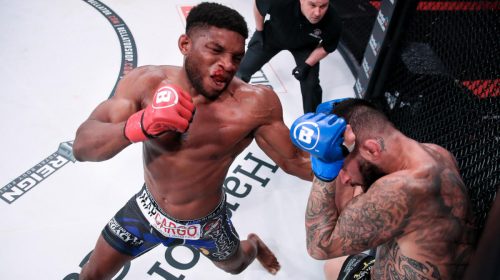 Trainer, a hot prospect in MMA, competing out of Titan Fighter Gym in London, will make back-to-back walks inside the OVO Arena in Wembley In October. His last outing against Yannick Bahati was a tough test in the young career for Trainer but he past will flying colors ending the fight in round 2 with an elbow in the clinch. ‘The Gent’ really lives up to his nickname with his respectful manner outside the cage and the lead up to the fight. But his nickname doesn’t really transpire to his fighting style, for when its time to shine Luke shows a different demeanor with his fists. Trainer is a fantastic talent to look out for and will continue his career to the top this Friday. Wilde, will take on Alfie Davis in an enticing lightweight clash. The Wolverhampton-born mixed martial artist got back to his best last October with a decisive win over Yves Landu in his comeback fight following an MCL and ACL tear in his right knee. Wilde will be 4 years older than his opponent Davis but at the age of 34 the Renegade Jiu-Jitsu representative feels in the best shape of his life. He told the Express & Star: “This camp has been an interesting one, especially off the back of my last camp and fight. I was coming off rehabilitation on my knee and the final part of that was my camp and my fight, which I thrived in.” Wilde is a grizzled veteran in MMA and on Friday when he squares off against also Englishmen Alfie Davis I expect this one to excite the fans. 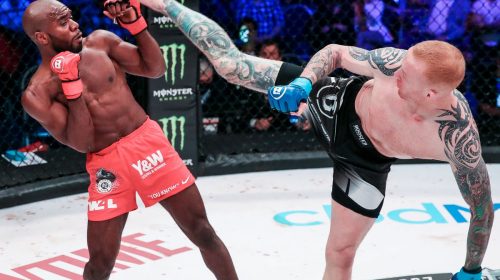 Here are my honorable mentions:

Thanks for reading, make sure you stay with MyMMANews throughout the week for your Bellator 281 coverage. Our own Lenny March will be at the event to keep you updated.