Christian Carr considers his two and a half-year absence from the cage as a blessing in disguise.

The 22-year-old returns against unbeaten Nick Carrelli in an attempt to win the vacant amateur featherweight title at Maverick MMA 18 on March 26. The COVID-19 pandemic played a major role in his long layoff, but Carr also suffered multiple tears to his meniscus, which later required surgery this past June.

Carr missed a lot of time, but the lengthy break forced him to improve for the future.

“It was a blessing in disguise,” Carr said, “It was time to improve, and I can’t be anymore thankful for that as much as I would have liked to have been active.”

Christian Carr had no choice

Carr’s bottom game on the ground is reaping the benefits from his knee injury. The jiu-jitsu purple belt considers his top game to be one of his strongest attributes, but he was unable to roll a lot on top.

Carr forced himself to fight off his back and work on one of his weakest areas. The wrestler is more confident capitalizing on positions off his back going forward.

“When I was recovering, my knee wasn’t in great shape, I couldn’t play a lot of top (position), so it forced me from the bottom position where I usually don’t like to be,” Carr said. “Where I was losing those rounds in my last fight, it just gave me time to work there. Not because I wanted to, but because I had to.”

Carr benefitted from his time away in more ways than one. He started coaching more at his home gym, Gracie 717 in Lancaster, Pennsylvania.

Carr currently serves as the head kickboxing instructor in addition to teaching jiu-jitsu to kids and adults.

“It’s given me a  whole different perspective on how to analyze things,” Carr said. “Just having that consciousness of what’s going on in those positions from an outside perspective and being able to think about that in the moment in that first person perspective, that goes such a far way.” 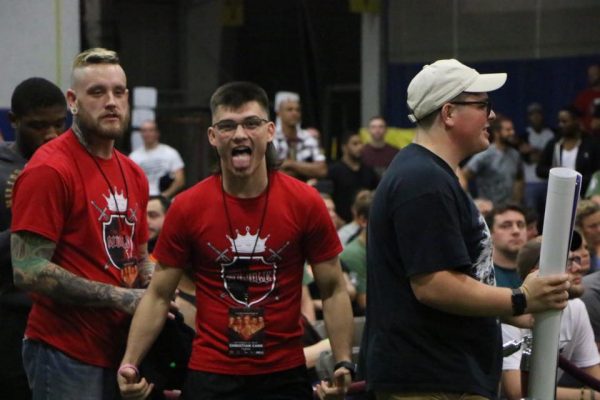 The last time Christian Carr competed marked his first loss as an amateur. He suffered a split-decision loss to Shawn Stefanelli at Art of War Cage Fighting 14 in November 2019.

Even despite COVID-19, Stefanelli fought two more times before turning professional a year ago. He is now 1-1 and is scheduled to compete in his third professional bout at Art of War Cage Fighting 22 on April 1.

Carr fell short of capturing his first title against Stefanelli but is receiving an immediate second chance against Carrelli with Maverick MMA.

“Despite my loss, I put on a  great show that night. Even with my layoff and my time in, I have all that it takes to put up a great title fight,” Carr said. “There’s many ways it can go, I feel I am strong in all the areas.”

Carr spent about the last 12 weeks in fight camp. In fact, he never really took time off during his hiatus from the cage.

He finally gets the chance to show how much he’s improved since 2019. Carr expects it to be worth the wait.

“It was very frustrating, but I learned to be patient.” Carr said. “I am looking forward to going out there.”