Unbeaten Clayton York makes his LFA debut Friday night, on four-weeks’ notice, in the main event of LFA 60. York will face fellow finisher Julius Anglickas for the vacant LFA Light Heavyweight title. The former Oregon State fullback just gained a new bundle of joy to his family and believes there may be advantages to the short-lived fight camp.

“It was a pretty short training camp. We took this on short notice, four weeks was about the notice we had. My daughter was born two weeks into that. It was quite a bit different. Normally I would like to have a ten-week training camp or so, especially going into a five-round fight.”

Had you expected an opportunity like this to be coming your way?

“I did. Not so soon. I wasn’t planning on taking anything for a while, obviously with expecting a child. You know opportunities like this, you kinda gotta take em when they come along.”

Are feeling any different than you normally would on the Monday before a fight?

“My weight is right where it needs to be. It might even be a blessing in disguise having this short camp. It’s nice to have a lot of time to prepare and know that you gas tank is there. But with those long training camps sometimes those little nagging injuries come up. You get a little more wore down then you should. Maybe you lose too much weight from the volume of training. It worked out perfectly. I feel great about my cardio and my durability. I don’t have the aches and pains I topically would from a ten-week training camp.”

What where your first thoughts on getting this opportunity?

“Initially I said no. I thought about it. I looked at what we had here. I talked to my coach a little bit. We agreed timing is not exactly perfect, but when is anything perfect. These are big opportunities we have to take advantage of. I have no problem with confidence, so we decided to take it”.

“I think we’re pretty evenly matched. I think he a tough guy. He’s Obviously talented. There’s not a lot of film on him because he finishes everybody so fast. He’s a crisp boxer, long straight punches, not a lot of tells. A pretty good wrestling IQ. The place that I think I’m quite a bit better than him is on the ground. The Jiu Jitsu, I come from a school that has a wealth of knowledge I been fortunate enough to lean from.”

Clayton also added he believes he has a “considerable” advantage on the ground. 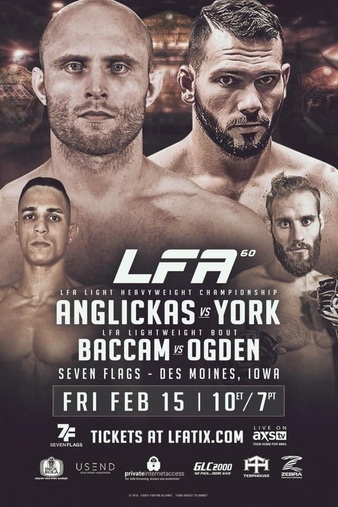