Legend and veteran of the fight game Din Thomas has recently amicably split from American Top Team after almost 20 years of working for the gym to step out on his own. Though he’s currently under quarantine with Tyron Woodley in St. Louis, he found some time to speak with me about where he’s going from here and share his perspective about various things in the fight world.

When talking about the split from ATT Thomas replied, “Basically I couldn’t really dig into the fighters and mold them the way I wanted to. There’s so many fighters there and it was hard giving the ones I work with the amount of attention I wanted to give them because they were always also being a part of other fighter’s camps. I didn’t feel like I could really train them the way I wanted to without stepping on any toes so I decided this was best.  I’m putting all my eggs in one basket. I’m betting on myself and hoping it all works out, if it doesn’t I take full responsibility.”

One thing Thomas did explain he wished people understood is that “We don’t have as much control over an athlete as people think. I believe you could ask any coach and they would agree that that’s a huge misconception people have. .At the end of the day we work for the athletes, they don’t work for us.”

As for the critiques the veteran isn’t concerned, stating that Roger Mayweather said it best, ‘Most people don’t know , you know, expletive about boxing’ and MMA is a lot harder than boxing.”

Thomas says he wasn’t impacted by the recent drama that’s been in the spotlight and says compared to when he first started things have taken a big turn for the better in terms of the rash behavior of fighters.

“That’s always been a big part of the sport. Back in the day there was no money involved, so it was all about pride. Nowadays there’s money involved and it’s more about that.”

Thomas feels that the rising economic status of the sport has attracted more intelligent and skillful athletes to fighting, elaborating that “It used to be more about bravado and a who’s tougher kind of mentality. There’s still that mentality there in some ways but I think it’s changed for the better, for sure. One thing I always wanted to happen when I was in it was for UFC to be on ESPN so it’s really cool for me to see that now.”

As far as the next generation of fighters are concerned, Thomas says his advice is to “Treat it like an education. You have to educate yourself like you would if you were trying to be a doctor.”

He also says fighters need to steer away from viewing fighting as a form of revenue, stating “You have to love what you do in this sport, there’s too many ups and downs. You have to be educated, learn as much as you can as often as you can. You have to have a good team around you. Most importantly, you have to treat it like something you love.”

Thomas also opened up about his support of UFC President Dana White pushing for fights to happen during this time, stating that “Honestly, the way he’s setting it up it really is safer than going to the grocery store or anywhere else out in public right now. As far as I can tell the fighters want to fight.”

When asked why he thought the idea itself and White had been met with such harsh backlash from the media Thomas replied “Honestly, I almost think they think it’s the cool thing to do or the cool side to take. I feel like most people take Dana the wrong way because he has kind of a bully mentality, but honestly we need someone like that. We need someone who’s going to make things happen because otherwise it’s not going to.”

The former fighter turned coach said he feels like the UFC and fighting in general will bounce back from the pandemic stronger than ever, joking that “It’s like they said in Jurassic Park ‘Life finds a way.’”

For people that want to learn from Thomas on a broader scale, he hopes to begin releasing his online martial arts program “The MMA Manifesto” in the next couple months and says for those interested to follow him on social media for updates.

You can also catch his sports talk show on ESPN West Palm 106.3 3-5 pm Monday-Friday Eastern time on your smart speaker. 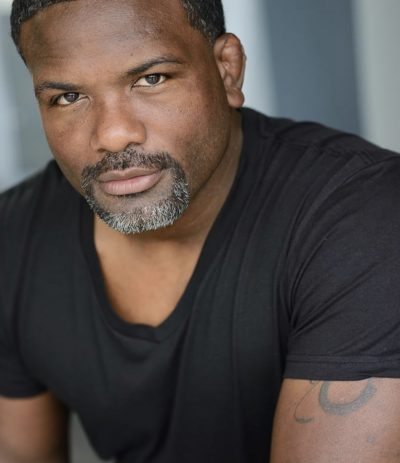 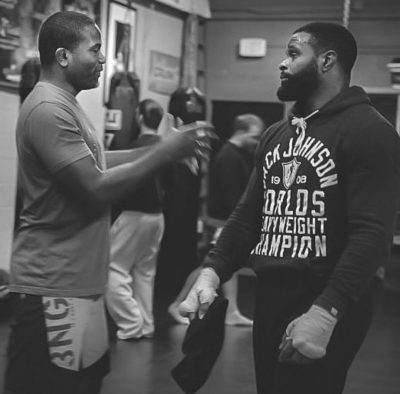