Building a company is inspired by the ambition to provide a needed service with the intent of making a positive difference in the community. Birthed by a goal in creating a stage for Canada MMA, Fight League Atlantic is the newest Mixed Martial Arts fight promotion. The man behind the brand is Derek Clarke, a committed philanthropist that has been serving the Canadian Fight community for over nearly a decade. A long-time student of Martial Arts, Clarke’s participation in combat sports has made a profound change in his life. Clarke is also an advocate for charity and giving back to the community. Those two character features would make Clarke an ideal fit, becoming a fight event director.

“It’s one of those things I think that you either are or you aren’t,” Clarke told MYMMANEWS. “I see people daily that can go through life without giving two looks about someone on the street homeless bothers me. It bothers me that I just walked by someone that tonight, while I’m on my computer, may still be sitting there and have no food, place to go, or, more importantly, no one to talk too. It sucks, so I think empathy is something that is at my core of being. I like to make people happy, just something that’s in me, comes from my parents. My parents were good, honest people who ran a business from home for over 45 years.”

Clarke’s first charitable contribution to Canada was in his role as a Grappling event Promoter/Director. With grappling shows such as “Submission Pro Series,” “Choke by the Ocean,” and “Tag or Tap Championship,” set a new bar in Eastern Canada, Nova Scotia. The shows directed by Derek Clarke offered competitors handsome prize money, travel accommodations for out of town grappling competitors, live coverage, and a break for many local fighters to display their skills for a worldwide televised audience. Many competitors that competed at Clarke’s shows have gone on to reach elite grappling status, becoming ADCC veterans and grappling world champions.

“I always have been doing events and involved behind the scenes in somethings since I was a kid. I remember trying to put together hockey tournaments on the street for five bucks a person. So the seed was planted early, I guess. Being a part of MMA was always my goal. It’s something I wanted to try and challenge myself with, so here we are.”

However, as in any business, one encounters tides and hardships. Fading business relationships with competitors and working partners, including personal tribulations outside the job, would lead to Clarke’s departure hosting grappling shows.

Clark’s love for Martial Arts and charity wouldn’t keep him out of the game long, though. Clarke’s return to coordinating events now finds him in the role of the co-director of Fight League Atlantic. Alongside trusted business partner, Jon Foster, the creation of Fight League Atlantic opens many opportunities for fighters in Canada. The duo’s ambitions for FLA is to become the premier Canadian MMA fight show that showcases the many talents of Canada in exciting matches. They hope to use the company as a platform to aid competitors with marketing and building their future fight careers. 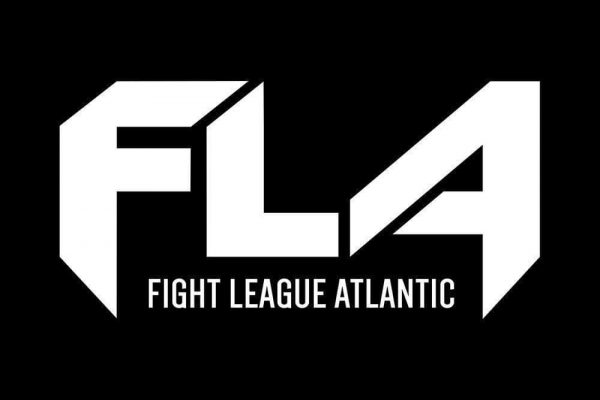 “It’s been the same product for many years out here in Canada, and sometimes you need a new vision to light the scene on fire again. Jon and Adam Fraser were the vision behind the marketing of FLA. Those two are very good at what they do, which makes it easier for everyone all around. With the right team, the right vision, and the right timing, FLA could do big things, and the athletes around here deserve something like this. The fighters deserved to be treated properly when they are putting the time into as we expect as a promotion.”

Fight League Atlantic first show, “Fight League Atlantic 1”, will be held on February 8, in Truro, Nova Scotia. The fight program will feature amateur and professional MMA fights. There is a significant buzz surrounding FLA’s first event. One fact is for certain, Clarke and his team are putting together a great show that fans, competitors, and his business team will profit from, turning dreams into a reality.

“I believe people trust in our vision and our event, knowing they produce quality entertainment, great fights, and always an event they can look forward too.”