The Show the Art Finishers Sub Only returns to Pure MMA in Rockaway, New Jersey for its 5th event on February 3, 2018, with the undercard starting at 11:45 AM.

The Finishers Sub Only will be bringing back the 170 pound men’s division with current champion James Gonzalez defending his title and looking to win another $2,000 cash prize.

There will also be a main event superfight between Jason Rau and Marcel Goncalves, with the winner taking home a $1,600 cash prize.  The superfight main event is sponsored by Cash Chicks and Championships, Holdfast Fight Gear, Hayabusa and Vita Cryotherapy. 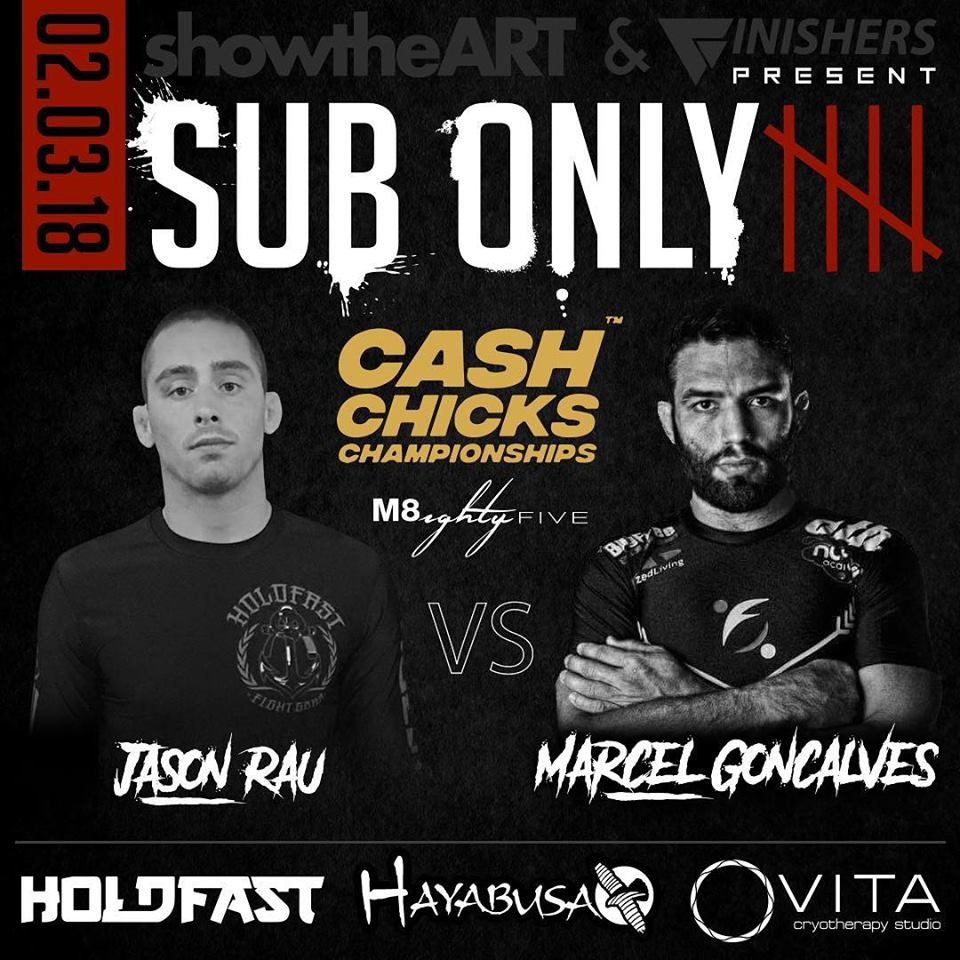 Admission is $10 at the door or you can watch live and free on Youtube. 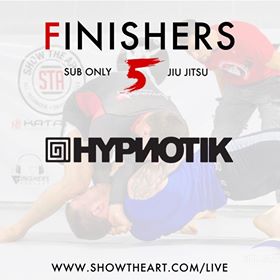 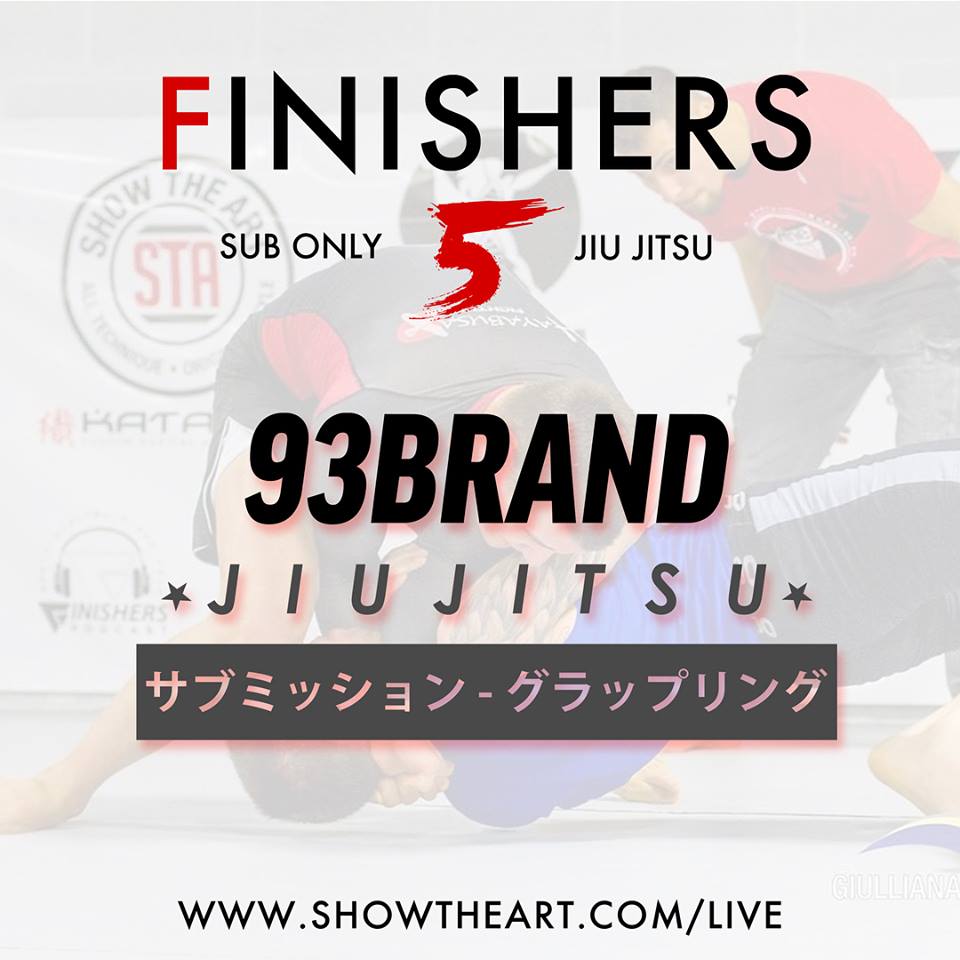 Featured event sponsors include 93 Brand and Hypnotik, as well as others such as Lanky Fight Gear, Show the Art and Show the Art Academy, the Finishers Podcast, Kataaro Custom Martial Arts Products and Playa Bowls Denville. Some sponsors will also have tables set up at the event such as Playa Bowls Denville, which will be selling their delicious acai bowls and Lanky Fight Gear, which always has a table set up with gear and event t-shirts for sale as well.

While previous Finishers events have featured two different tournament divisions and a few teen superfights, this event changes up the format a bit by limiting it to one tournament division in order to make way for more superfights, including the superfight main event. All matches are the typical 10 minute rounds submission only with 3 rounds of EBI overtime if no submission is secured within the 10 minute regulation period.

10th Planet prodigy Grace Gundrum originally had a superfight scheduled as well, but unfortunately had to pull out of her match due to cauliflower ear. Luckily another impressive teen, Randi Mae Miley, who already has two superfight wins at previous Finishers Sub Only events, will replace her in her superfight match.

Check out the full lineup of competitors and schedule of events below.  The bracket for the 170 pound tournament will be released closer to the event. 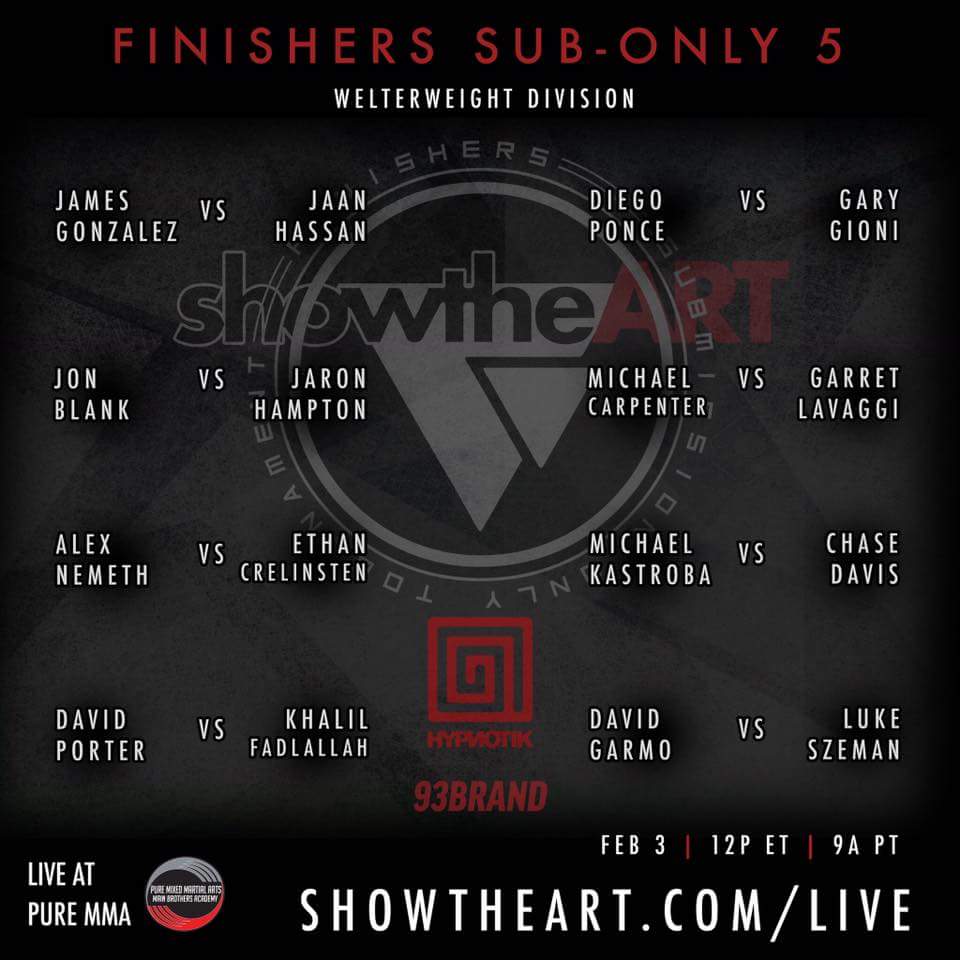