A mixed martial arts (MMA) fan convention will be making its way to Manchester, England on April 2nd and April 3rd, 2022.

For the Love of MMA is “an exciting new event in the U.K.”

It is a “brand new concept we have developed that will give fans the chance to meet the stars of the sport, get autographs and photographs with them, and ask them questions in live Q&A panels.”

Of course, the event will bring in top talent from around the world to take part in this awesome fan experience.

Making an appearance will be:

The event, which will offer fans the opportunity to meet with and ask questions to their favorite fighters and MMA legends will take place at the BEC Arena in Manchester.

To attend the event, you can get tickets on the For the Love of MMA website. 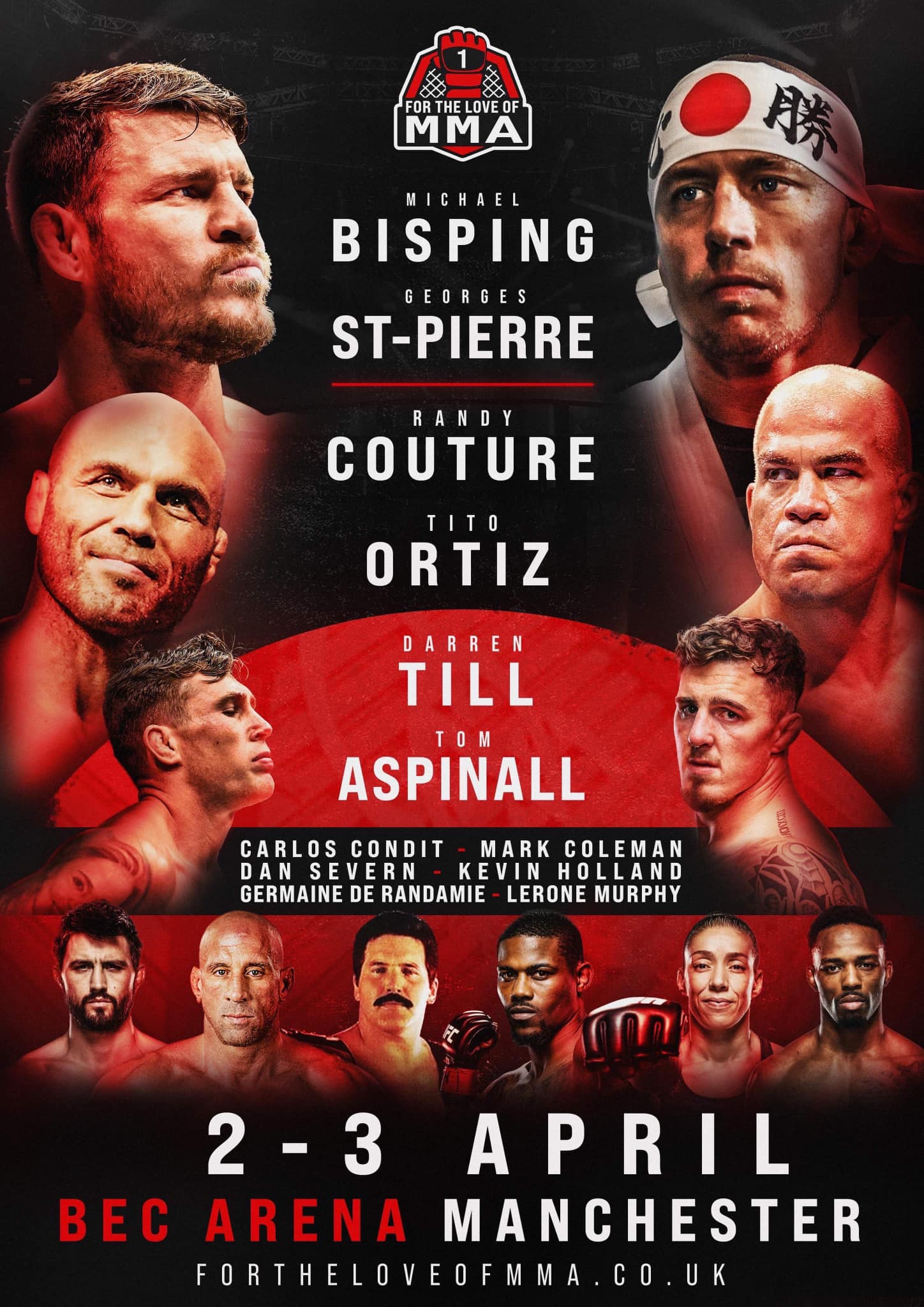 As a recent graduate from Lewis-Clark State College with a B.S. in History, Bjorn first fell in love with mixed martial arts when he watched UFC 196. As a contributor for MyMMANews, Bjorn matches his love for MMA, history, and writing.