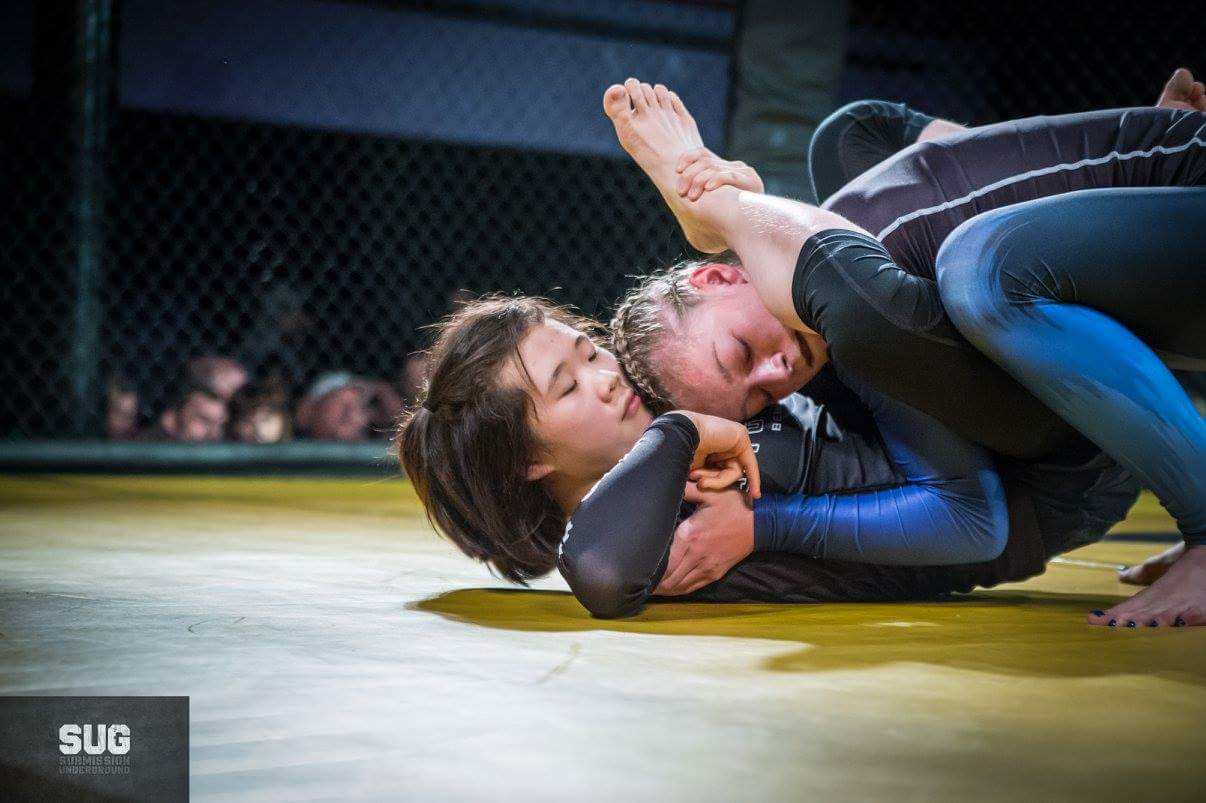 She is most commonly known for her four EBI superfight wins, but she has also competed in events such as Gracie Nationals, Fight to Win Pro, the Finishers Sub Only, Ultimate Mat Warriors, and, most recently, Chael Sonnen’s Submission Underground (SUG5).

Flograppling named her one of the top 5 most talked about moments from SUG5, stating “the hype is real.”

For those of us that train with Grace, we’ve known the hype is real for quite some time.

Looking back at her recent wins, it is hard to argue that there is another teenage girl out there who can match Grace’s record. She has taken on all of the highest level teens at her weight and beaten them, and she is only continuing to add names to her victory list. Just check out some of her impressive win streak below against the top teens in the country.

Highlights of Grace Gundrum vs Zoey Chiles at Ultimate Mat Warriors 2 (170 lbs Pro-Invitational) Thanks so much to CRUZ CMBT Datsusara and Hypnotik for helping Grace make these trips cross country!…

Grace is homeschooled, so her flexible academic schedule allows her to pack her days full of training sessions, including countless jiu jitsu classes, wrestling practices at Red Hawk Wrestling Club in New Jersey, strength and conditioning at MADE, and even kickboxing classes at Finishers MMA.

As if that wasn’t enough, Grace still finds time to excel in her academic studies as well, and is currently taking college level Calculus at Northampton Community College in addition to her home schooling. 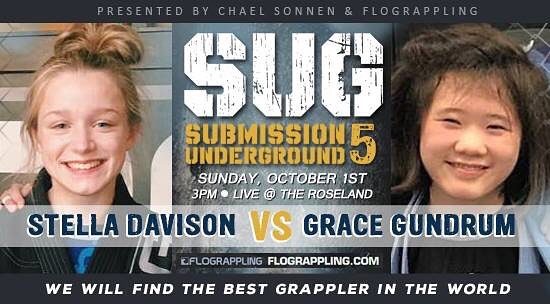 Grace’s work ethic is obviously what sets her apart and has enabled her to become the jiu jitsu prodigy she is today. As a personal example, back in September when Grace was filmed rolling with Geo Martinez ahead of ADCC out in California, everyone was done after two hours of open rolling and getting ready to take a picture when we turned around to see Grace still rolling with one of the guys on the mats.

She hadn’t even noticed that she was the only one left out there still trying to roll. Even after getting off the plane on our way home from California, when everyone was jet lagged after the time change, Grace was ready to head to wrestling practice that same night. This young girl just really never stops in her quest for greatness. She is always training and focusing on improving herself to become a more complete grappler. 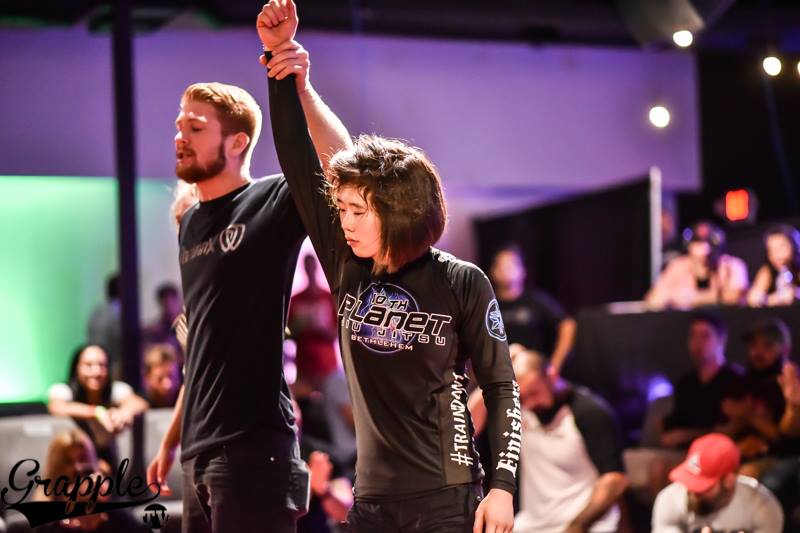 Grace graciously took some time out of her busy schedule to do a quick Q&A with me. Check out her responses below.

Q: Do you ever take a rest day?
A: I take off on Sundays

Q: Who do you think was your hardest match ever?
A: I’m not sure who my hardest match was. All of the super fights were pretty hard in their own way, so it’s difficult to compare them.

Q: What was it like for you grappling inside of a cage for the first time at SUG?
A: It was pretty cool to have the match in the cage. We never got too close to the fence, so it wasn’t too different from other matches.

Q: Since you’re home-schooled and taking college Calculus, I imagine you are way ahead in your studies. What age do you think you’ll be graduating high school?
A: I’ll still graduate high school at 18, I’m not in a rush to move that up. I might be considered ahead in math, I don’t know, it just comes easier to me. That’s the level I’m on right now, and I’d like to keep moving on with it. I’m working ahead on my required credits to graduate, so I’ll be freed up to take more electives I’m interested in by my last year.

Q: Do you want to make a career out of jiu jitsu or are you interested in something else for your future?
A: I’m not sure yet. I’d like to keep doing jiu jitsu, but I don’t know if I want to make it a career.

Q: What’s your favorite post weigh-cut binge meal/food?
A: I haven’t really cut weight for anything, but I’ll usually go out to dinner after matches. My favorite food to get is probably any kind of burger and fries.

Q: Are there any sponsors you want to shout out or anyone else you want to thank for helping you in your jiu jitsu journey?
A: Zach and Holland for everything they do to help me. Craig, from Made Strength and Conditioning, for all his help training me. My teammates for working with me. My sponsors Datsusara, Hypnotik, and Cruz Combat, for their support. And my mom and family for driving me around all the time and letting me compete and train in all these cool places. 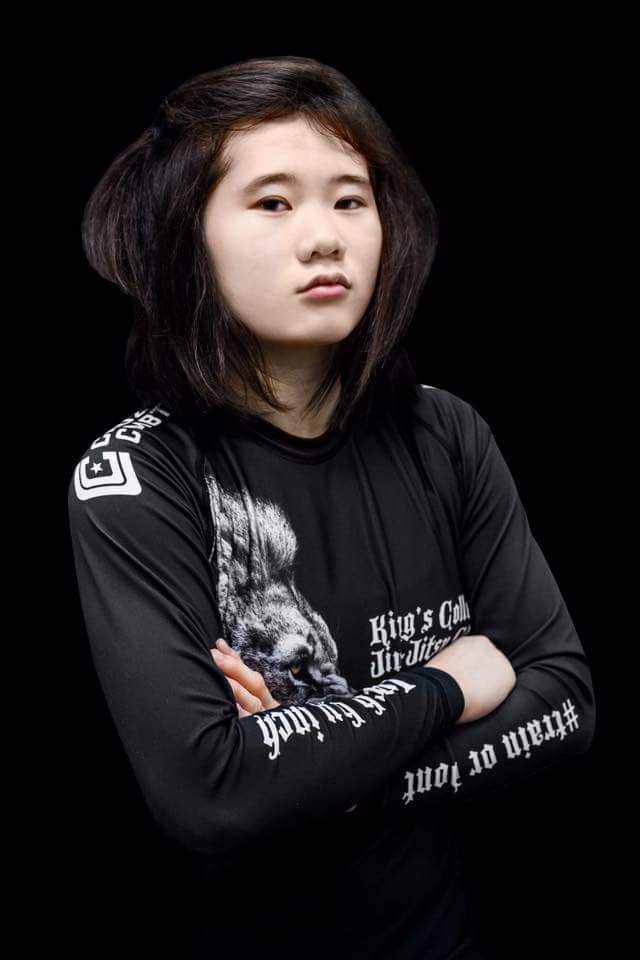 By Jason Burgos 8 hours ago

Felicia Spencer Expresses Importance Over Narcan to Help Save Lives