Video interview with Juwan Minniefield above

The past few years have been difficult for much of the world, with a global pandemic and a myriad of other issues across the board.

But one fighter who has had an even more difficult fight is Juwan Minniefield, who was diagnosed with leukemia following his last MMA bout in 2019.

“I got diagnosed and it stopped me from fighting,” Minniefield said. “I actually slept in a hospital bed for a year and a half of the three years of treatment. It was rough man, I didn’t think I would get back to fighting, but I knew that was the only thing on my mindset, that’s what kept me pushing.”

Minniefield actually had the cancer in his body during that bout against Nick Walls, and it showed itself via back pain that just wouldn’t go away leading up to the fight.

Known as “Bigg”, Minniefield came back from a rough first round to earn a TKO victory in the second round. In the video you can see that he was tired throughout the fight, but he showed that he’s a true warrior and continued the battle.

Juwan stayed as active as possible throughout his health battle, and has continued to grow as a fighter traveling multiple days a week from his home in Sandusky, Ohio to gyms like Demolition Fight Team in Findlay and Strong Style Training Center in Independence.

His battle has been tough, but his daughter has also had some health scares of her own. She’s doing well now, and Juwan and his fiancé have another baby on the way in July.

Minniefield has a 4-1 MMA record, with three first round stoppage wins. He’ll face Jeremy Henry at Ohio Combat League 19 this weekend at Kemba Live in Columbus, Ohio. Henry comes in from Michigan with a 5-1 record and three straight wins.

Check out the full interview with Minniefield above, and you can watch the PPV of OCL 19 on CombatSportsNow.com this weekend. 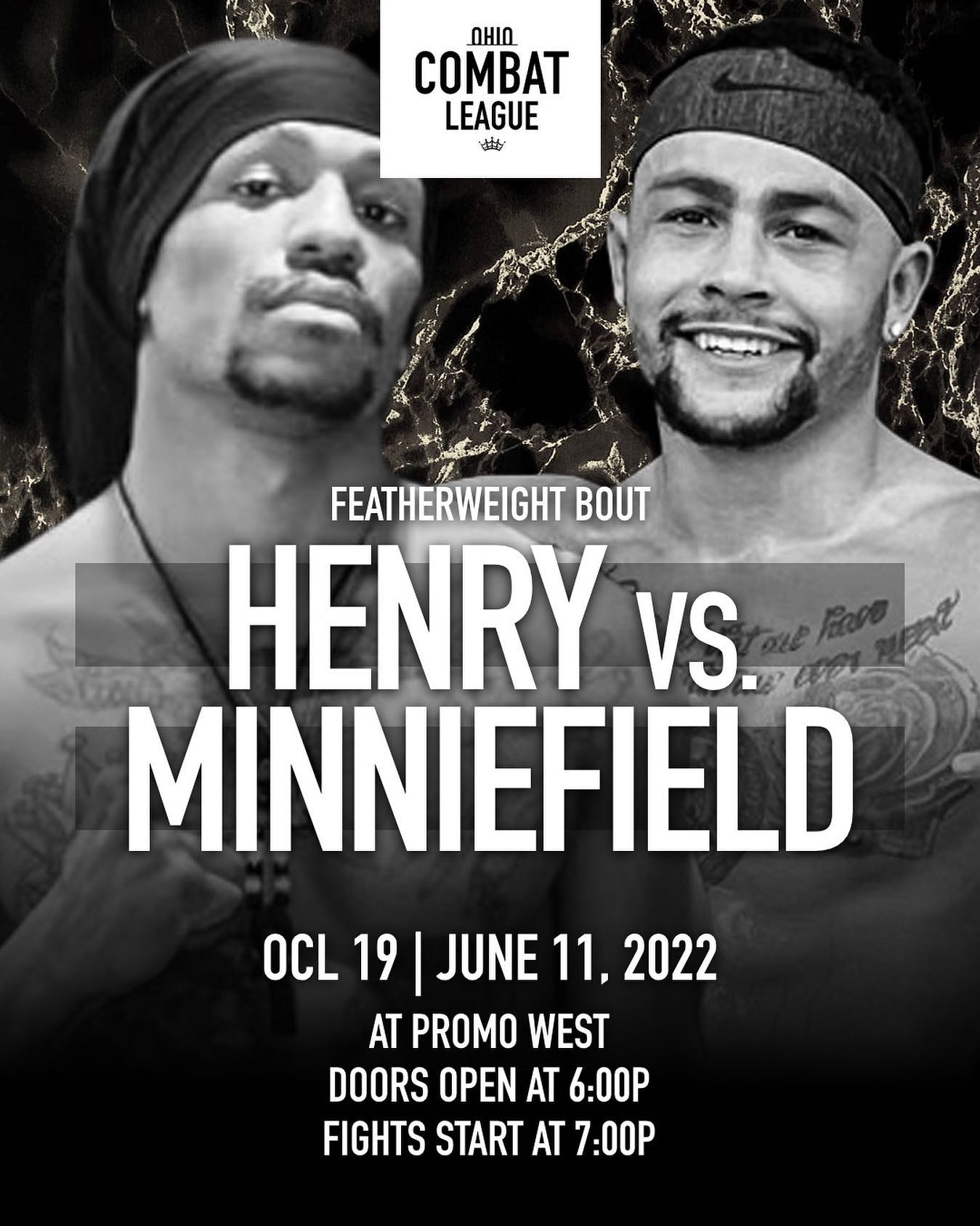