Marissa Jean Vanglahn, who goes simply by Marissa Jean, will making her amateur MMA debut at Maverick MMA 8 on June 23 at the Econo Lodge in Allentown, Pennsylvania.  The Pure Mixed Martial Arts student talks about her upcoming fight with Natalie Schlesinger (1-1). 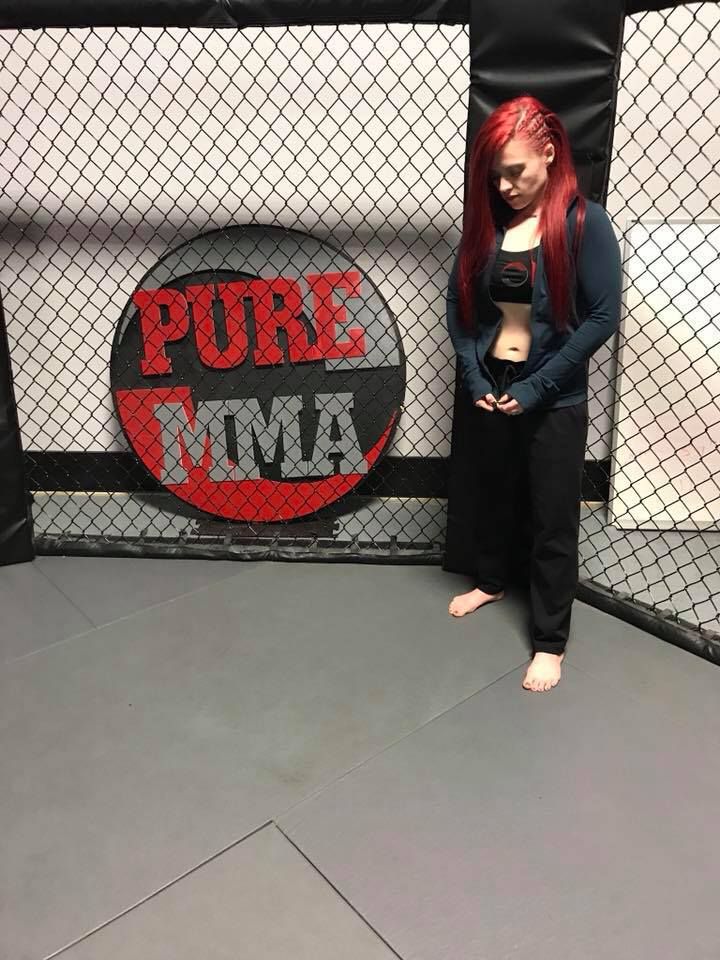 After moving from Okinawa, Japan back to the United States, Marissa began training at Pure because she grew up with the Main brothers, Andy and Mike, owners of the famed Rockaway, New Jersey based school.

I caught up with 27-year fighter to discuss the fight with against Schlesinger.  Confidence flowed without regret as evidenced in her short replies.  The sound in her voice was one that lacked doubt.  To say Marissa Jean is determined to win would be an understatement.

You’ve competed in jiu-jitsu and an kickboxing but MMA presents a whole new ruleset.  Are you feeling any nerves right now, 10 days out?  Any jitters about being punched in the face in a room full of strangers?

“NO! I don’t fear being punched in the face” Marissa Jean said.

With this being amateur rules, you cannot strike to the head of your grounded opponent. How confident are you that you can finish the fight on the ground?

“Well, I do train at a jiu jitsu school.”

What do you know about your opponent other than her record?

“She’s fought two of my teammates. I saw both of her fights. She lost to Quinn Councilor and then she defeated Kristy Wolterbeek at Maverick MMA 3. I was there for that.”

“Well I don’t plan on it going to the judges if that’s what your getting at.”

Marissa Gives Her Thanks

“Scott Lenz at Inner Image who helps me with my weight cut and all my nutrition. I would like to thank all my coaches Andy Main, Mikey Main, Melvis Figueroa, Kevin Mulhall , Adrain Luna, Scott Heckman, Kevin Gocklin, Craig Hannigan, and Tommy Espinosa and my training partners Colleen Quinn, Quinn councilor, Beth Frey, Molly McLane and all the main chicks and everyone at Pure who helped me get ready for this.” 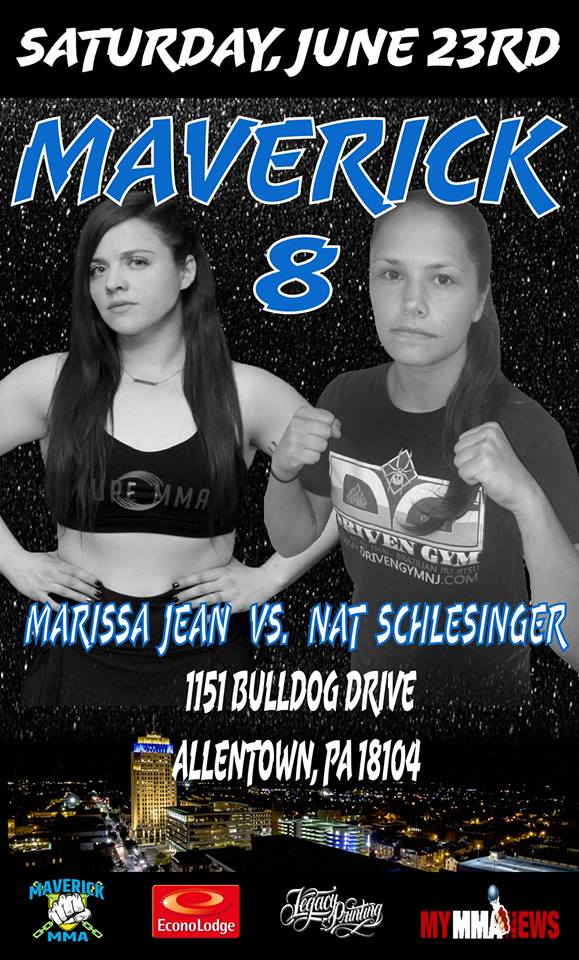