Earlier this year the UFC was sold to new owners William Morris Endeavor-International Management Group (WME-IMG) in what was the biggest transaction in sporting history. The $4.2 billion price tag was an increase of nearly 200 thousand percent from the original $2 million price tag back in 2001 when the Fertitta brothers made that purchase. 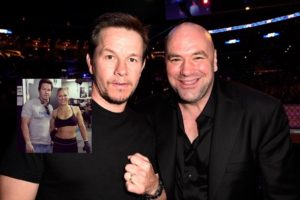 Last night it was revealed through a Wall Street Journal article that 23 celebrities are also now investors in the Ultimate Fighting Championship.

WME-IMG co-CEO Ari Emanuel told the Journal that he sought out celebrities who he already knew were fans of the UFC, because “they would always ask for tickets.” Emanuel also said he went after celebrities that would cement that the MMA is no longer a niche product.

“I think it’s a mainstream sport now,” he said.

O’Brien also announced the deal on Thursday’s new episode of “Conan” on TBA, jokingly adding that he would soon be competing in the octagon.

Terms of the investments weren’t revealed. A full list of the 23 celebrities is expected to be released Friday.