Heavyweights collide in the main event for Attitude MMA July 24th as they bring back combat sports to The Bluff City. The first promotion to host a fight card in Memphis since the beginning of the pandemic, this all-amateur show featuring a stacked card ends the night with Petera Wilson facing off against Bobby Fails.

Petera Wilson says he sees this fight ending as the last few have, “in total domination at it’s finest.”

A North Memphis native, Wilson’s first love was football which he started at age five. He would graduate from White Station High School where started all four years on varsity, was an All-American sophomore year and was the #8 ranked linebacker in the nation his junior year. Later he went on to play at the University of Tulsa where he felt the coaching staff didn’t see his potential. Wilson was crushed but never lost faith in himself and towards the end of his football career began to turn his attention to MMA as a form of redemption against the doubters.  These days he trains under Brian Hall of Law School MMA and Alex Meadows of Midtown Grappling Academy in Memphis, TN. When asked what this fight means to him Wilson replied “Taking home this belt means taking home the title ‘King of The City’. When I get this belt all you’re going to see me wearing is t-shirt, belt, socks, shades, no pants-d*ck out.”

The charismatic heavyweight says he looks forward to embodying the spirit of Grind City and would like to thank his sponsors East Coast Wings & Grill.

Across the cage from him will be Bobby “The Juggernaut” Fails of Baton Rouge, LA. Fails also has a football background and found MMA after playing for The University of Louisiana at Lafayette. He played football from the time he was ten and when his football journey came to an end wanted another contact sport to transition to. When asked what drew him to MMA he replied “I just love to fight, I always have.” When asked about how he sees the fight playing out Fails replied” I just plan on coming home with a W, however that happens. I don’t care if it’s by an early knock out or if this goes the whole distance. I’m doing whatever it takes to bring that win back home.” Bobby feels being an athlete has helped his transition to MMA as well as the fact he’s worked hard manual labor his whole life. The full-time stone mason says he feels like the work he does has given him an exceptional strength that just can’t be duplicated in the gym.  Fails would like to thank former opponent turned training partner Jody McCallin for helping him throughout his career and Cast Stone Creations for their support.

This fight card takes place July 24th in Memphis, TN at The Agricenter International at 7777 Walnut Grove Rd, Memphis, TN 38120. They’ll be hosting the United States Fight League from 11:30 am to 2:30 pm, featuring matches from youth athletes from all across the country. Then the Attitude card itself will take place from 5pm to 10pm. Updated info on their PPV link can be found on their website at attitudemma.com and tickets can be purchased from the link below. 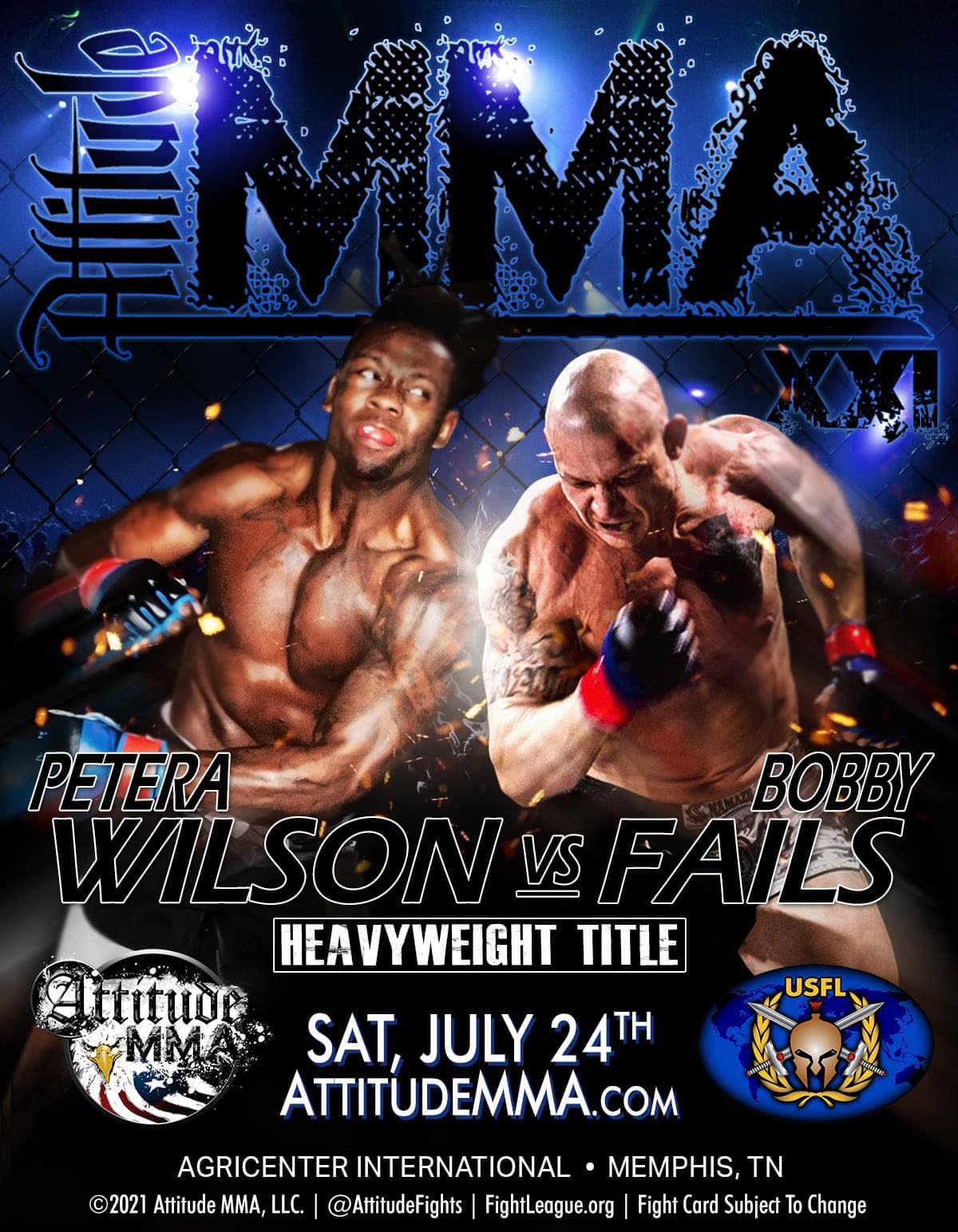 By Cole Shelton 17 mins ago