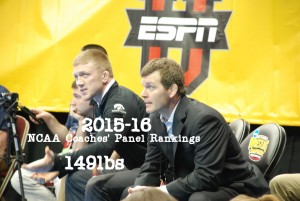 Zain Retherford is a red-shirt sophomore. He is an All-American and Big Ten Runner-up. He has only lost in the Big Ten finals against 4x champion Logan Stieber and in the NCAA championship tournament. He also beat Logan Stieber in dual action two seasons ago as a true freshmen. He red-shirted last season.

By John Eric Poli 20 mins ago

By John Eric Poli 24 mins ago