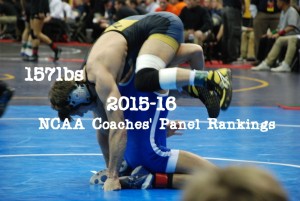 Isaiah Martinez of Illinois is the defending national champion. He is the first freshmen to go undefeated and win a national title since Penn State’s head coach Cael Sanderson did it.