It’s back and tickets are on sale now! Come see U.S. Olympians Colton Brown, Marti Malloy and Angelica Delgado compete against some of the world’s best players.

The Men’s tournament features teams from France, Germany, Israel and the USA.  The women’s teams include France, Israel, and the USA.   The US Men’s Team is coached by Jason Morris, Olympic Silver Medalist, while the US Women’s Team coached by Jimmy Pedro, 2-time Olympic Bronze Medalist.

Tickets can be purchased at www.NewYorkOpenJudo.com

The first annual NYAC Judo Tournament was born thirty-years ago, and has since become
the most competitive international competition held in North America. Competitors from
over 20 countries, including Olympic and World Champions, regularly travel to New York to
compete, and not always winning. Past participants have included:

Due to the raising value as international tournament, The New York Open changed its
format to a team competition 2011, accepting official national representatives from leading
countries as the USA, Russia, Germany, France and Japan to name a few. The change
provided greater flexibility to stage an entertaining event that introduced judo to the youth
and over a million US based and international sport fans through our broad digital
distribution. 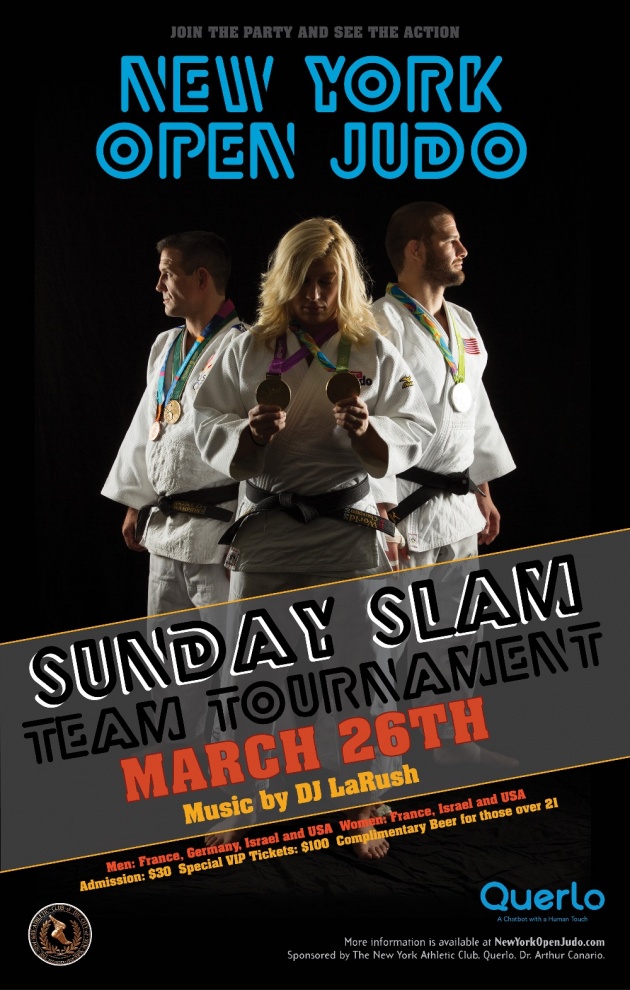 By Doug Geller 11 hours ago