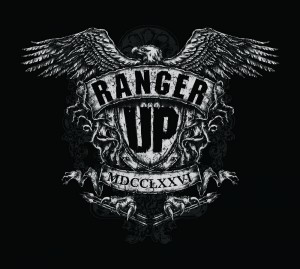 Owners, Nick Palmisciano and Tom Amenta, both U.S. Army Ranger Veterans have surrounded themselves with mixed martial artists that have given to the military community; fighters like Brian Stann and Tim Kennedy.

Now, Ranger Up has expanded their already awesome and patriotic line of clothing to be well….  even more awesomer…. or is it more awesome?

Ranger Up presents Ranger Up Wrestling. 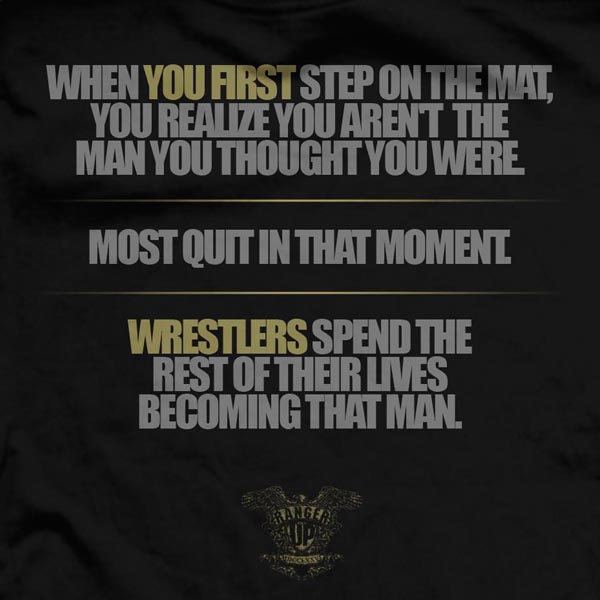 There is nothing in this world with the raw honesty of wrestling. When you play football, there are ten other players on the field.

When you run track, you can lose, but improve your time, and still regard it as a victory of sorts. In work, there are so many factors that affect your outcomes – your leadership, the amount of support you receive, the members of your team, the list goes on and on.Wrestling, though, is all about you. What you put into your preparation.

Did you lift weights? Did you drill? Did you find partners that would challenge you? Did you push past exhaustion? Could you overcome adrenaline, fear, and anxiety on the day of the match?Sometimes yes, and sometimes, especially at the beginning, no.

You lost some, and for lots of us, we lost often. And the losses were brutal. They were brutal because you didn’t lose a game. You didn’t lose a match. You didn’t even lose just a challenge of skill. You were physically dominated by another person. And there were no excuses available. You couldn’t blame the ref, or your teammates, or bad luck or any of that bullshit.

For a long time, you couldn’t even measure improvement. You worked so hard and you still got killed. But then you started hanging. You were in some matches. Then you started winning a couple. Then more.

Then you were good.Whether you were a contributor to your high school team or went on to win an NCAA championship, you took one of the hardest journeys on the planet. The dieting, the sweat suits, the hours on the mats and in the gym.

You committed so fully that you realized there was literally nothing you couldn’t accomplish if you set your mind to it and embraced the suck.And when you realized that, that’s when you knew you had become a wrestler.No excuses. Just work.When you first step on the mat, you realize you aren’t the man you thought you were. Most men quit in that moment. Wrestlers spend the rest of their lives becoming that man.

Life isn’t fair.You aren’t going to succeed at anything because you want it the most, or have the biggest dreams, or any of that cliché Hollywood nonsense.

The only way you’re going to get what you want is to work for it. Put in the hours. Put in the pain. Do the things that everyone else finds so unpalatable that they conclude that their dreams simply aren’t worth it.

But the journey for those who stay is worth it.There is nothing better than meeting someone on the mat that is your equal, that pushes you past what you thought possible, and emerging victorious. There is no greater feeling.

That’s what wrestling is: it’s deciding that you are willing to do anything to achieve victory. It is a total commitment, and after it, just about anything else seems easy by comparison. But that feeling comes at a cost.The Mats don’t give you what you want. They give you what you’ve earned.

This shirt is a PREORDER and orders containing this shirt will not ship until this shirt arrives in the warehouse. – See more at: http://www.rangerup.com/themats.html#sthash.J6ppNid8.dpuf

Check out the latest line from Ranger Up at the link below.

By Hunter Homistek 9 hours ago