Rashaun Jackson out, Bryan Cromer in

World Class Combat Sports 3 will be held tomorrow, January 29, in association with Xtreme Fighting Nation (XFN), but not without incident.

Rashaun Jackson (5-4) weighed in at 0.6 over the heavyweight limit. According to the event’s promoters, Jackson was offered to continue with the fight but chose to withdraw from the bout. Jackson had no excuse when asked why. He simply stated, “I have to do what’s best for myself.”

Jackson has dropped his last three outings dating back to May 2019 with losses to current UFC fighters Chase Sherman and Chris Barnett as well as former Dana White’s Contender Series competitor Austen Lane.  Rashaun Jackson was riding five-fight win-streak before his current string of losses.  His most recent victory in February 2019 came by way of first round knockout at Art of War Cage Fighting 11, a win over Alan Wright.

“Jackson signed his contract for this main event heavyweight bout against Marino Eatman back in November of 2021,” according to XFN President Daniel Kay. “He has maintained constant communication with the us and never gave any signs he had any intention of pulling out. He showed up to south Florida, checked in to the hotel we provided for him, weighed in over the limit and immediately told officials he’s pulling out of the fight. He’s now facing a suspension from the Florida Athletic Commission. – Daniel Kay Founder/President of Xtreme Fighting Nation

“Carl Ranieri was not cleared by the cageide physicians,” said XFN President Daniel Kay. “We are unable to elaborate more due to Health Insurance Portability and Accountability Act (HIPPA).”

WORLD CLASS COMBAT SPORTS 3 is available on PPV, the link can be found at www.WCCSfights.com.

The card is a six-fight pro MMA card headlining the XFN 40 amateur MMA card at The Center in Coral Springs, FL. 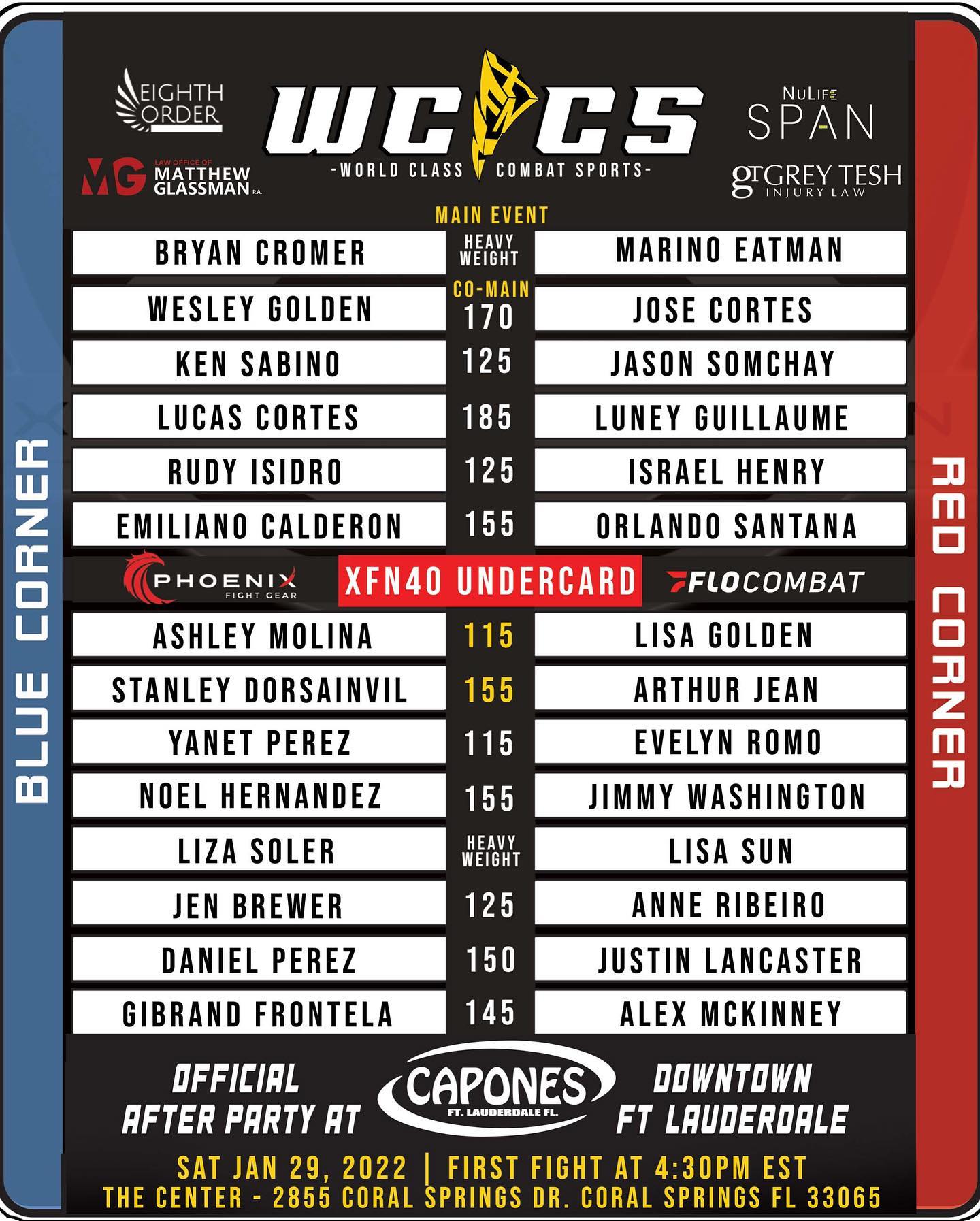