This is another great match-up from Louis Neglia who has been dominating on the regional scene for years.  This is one of three belts on the line for this event.  In his previous fight vs Guram Mestririshvili, the doctor had no choice but  to stop the fight early in the 3rd round as he gushed blood from a vicious striking game from the Black Spartan. He’s been impressive and has earned his chance to fight for the belt.

Taj trains out of EFC in New York with Joe Perry,  Christian Defiris, and Kevin Reed .  He says he’s been involved in mixed martial arts since he was 4 years old. The Black Spartan is well aware of the history of Ring of Combat champions and going on to the UFC.

He has a large, loyal, boisterous following and expects it to be very loud in a couple weeks.  I got a chance to speak to him for the first time of hopefully many, to see what challenges Outlaw brings and how he is enjoying his fight camp. 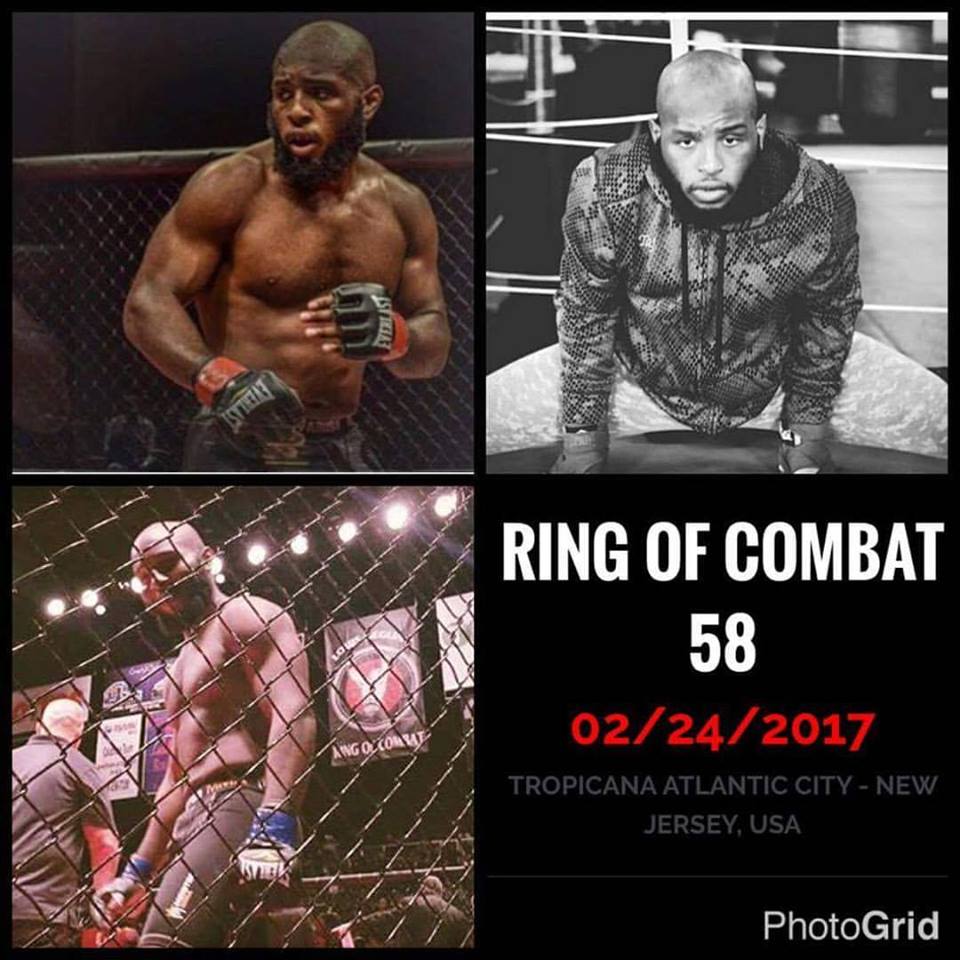