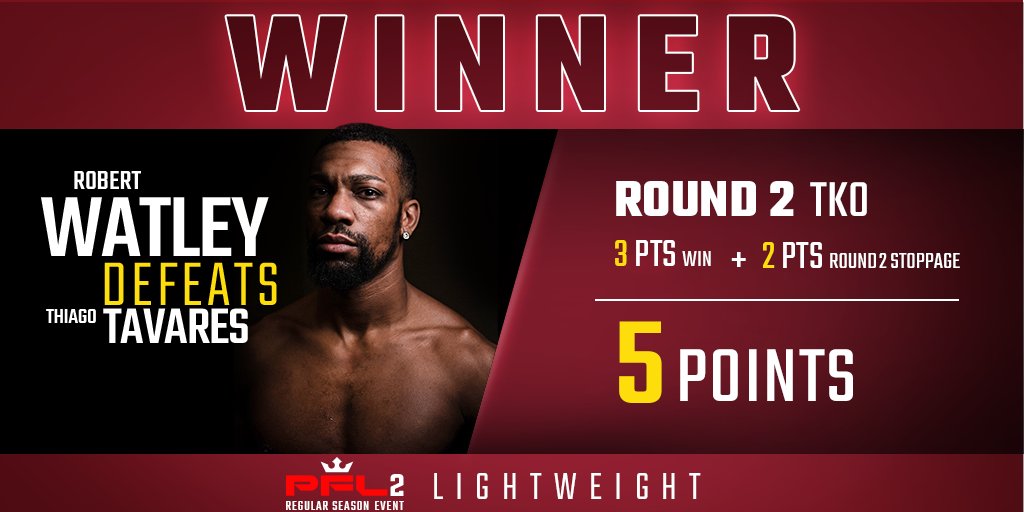 Tom Brady’s tuck-rule, Daniel Laruso’s illegal strike against John Lawrence at the All-Valley Tournament, and Robert Watley’s second round TKO victory over Thiago Tavares. Well rules were made to be broken. In just the third fight of the evening for Professional Fighters League 2 at the Chicago Theatre, Robert Watley (10-1) defeated former UFC fighter Thiago Tavares (21-7-1) via second round TKO. The killshot: an accidental low-blow.

In a recent article written by Mark La Monica, the point system was broken down for the league: 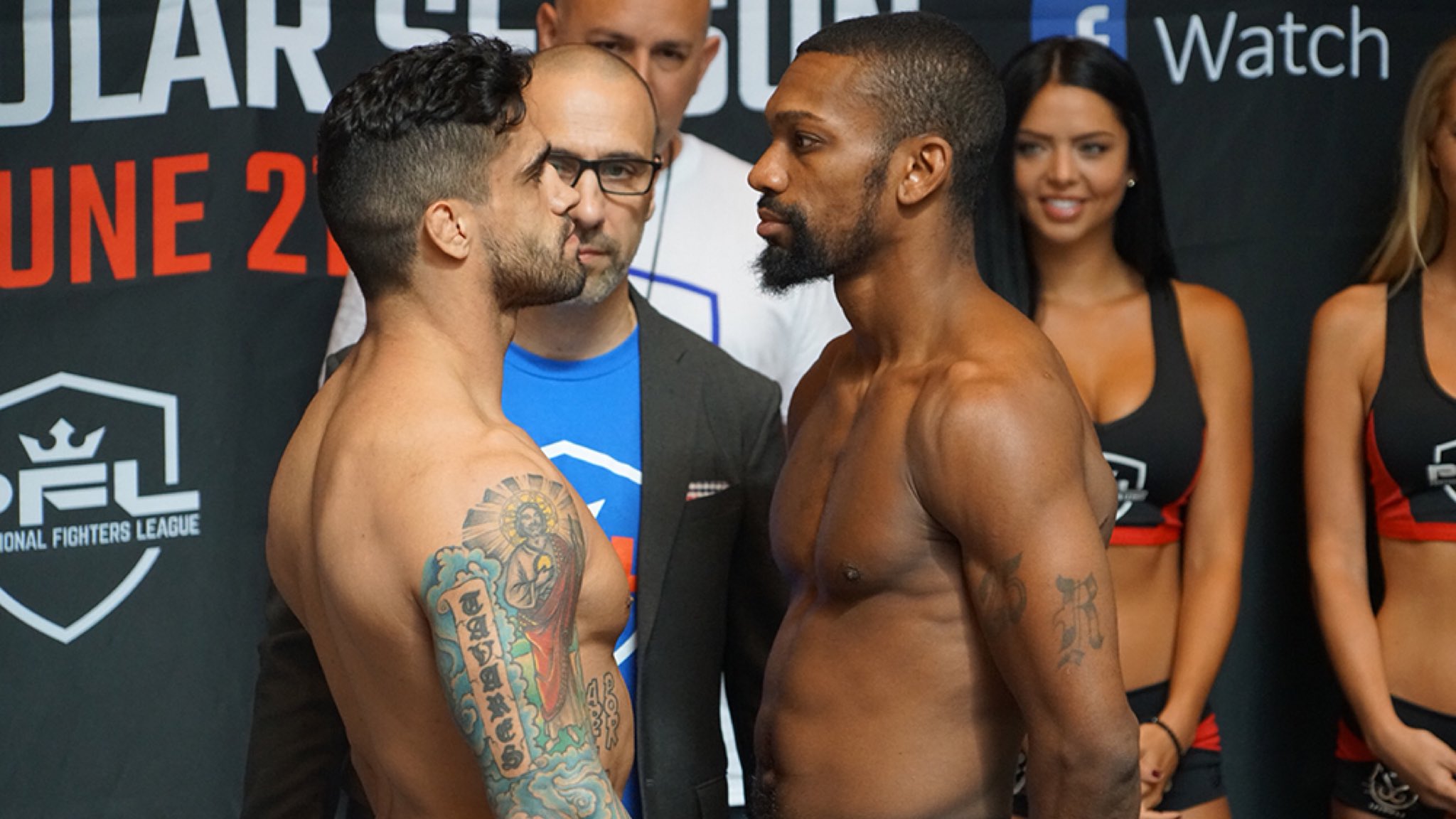 In following format, Watley, who dominated the first-round of the fight, was declared the winner by 2nd-round TKO and, would appear, to have gained 2-points. But was that the right call?

After speaking with Greg Savage, he was informed of the Illinois State Athletic Commission’s decision.

“From what I was told by the Commission, the accidental blow lead to a 5-minute recouperation,” Savage said.

“Tavares was not able to recover in that time and the Commission deemed it a 2nd round TKO victory for Watley,” Savage continued.

However, In the spirit of the rules stated, it could be argued that Tavares should’ve gotten a DQ victory in the second-round equaling two points. It was an accidental blow that Stitch Duran addressed.

“Yeah the whole knee got up there,” Duran stated.

“I was confused by the ruling as well, I thought it would’ve ended in a No Contest,” Duran continued.

Duran also revealed that Tavares was taken to the area hospital. With an interesting end in the fight will Tavares appeal the loss the the Commission? Should he?

441 Likes, 58 Comments – PFLmma (@pflmma) on Instagram: “You’ve got to feel for Thiago! Robert Watley defeats Thiago Tavares by TKO in Round 2 earning 5…”

By Adam Martin 14 mins ago