Ryan Kim Cafaro decided he wanted to work on his striking without the worry of being taken down.  He’s put together a 6-3 professional MMA record, and has plans of returning to the cage in the future, but for now, the world-class trainer is getting into the ring to concentrate on his Muay Thai skills.  On December 7, Cafaro will face Ethan Geffen in Madison Square Garden at Triumph Kombat which is full rules Muay Thai.

Cafaro will undoubtedly be very well prepared.  He trains with some of the best fighters in the world.  Frankie Edgar, Marlon Moraes, Ray Borg, Eddie Alvarez, Paul Felder as well as local stud Eugene Aubrey have all spent many rounds sparring.  Cafaro also credits Royal Striking mastermind, Aaron Meisner and his boxing coach, Wassim Saad with sharpening up his game.  Cafaro has become one of the best training partners around.  He is sought after with his conditioning and weight cutting help as well.  Ryan says he has soaked in lots of knowledge from Powered by Pohler who has been with him since 2010 after he suffered a back injury.

Please check out Ryan’s interview in the link above.  I stopped up to TKO Fitness in Cherry Hill, NJ which is one of his training facilities to talk about his last couple months travels, his upcoming fight and his decision to skip the cage for the ring. 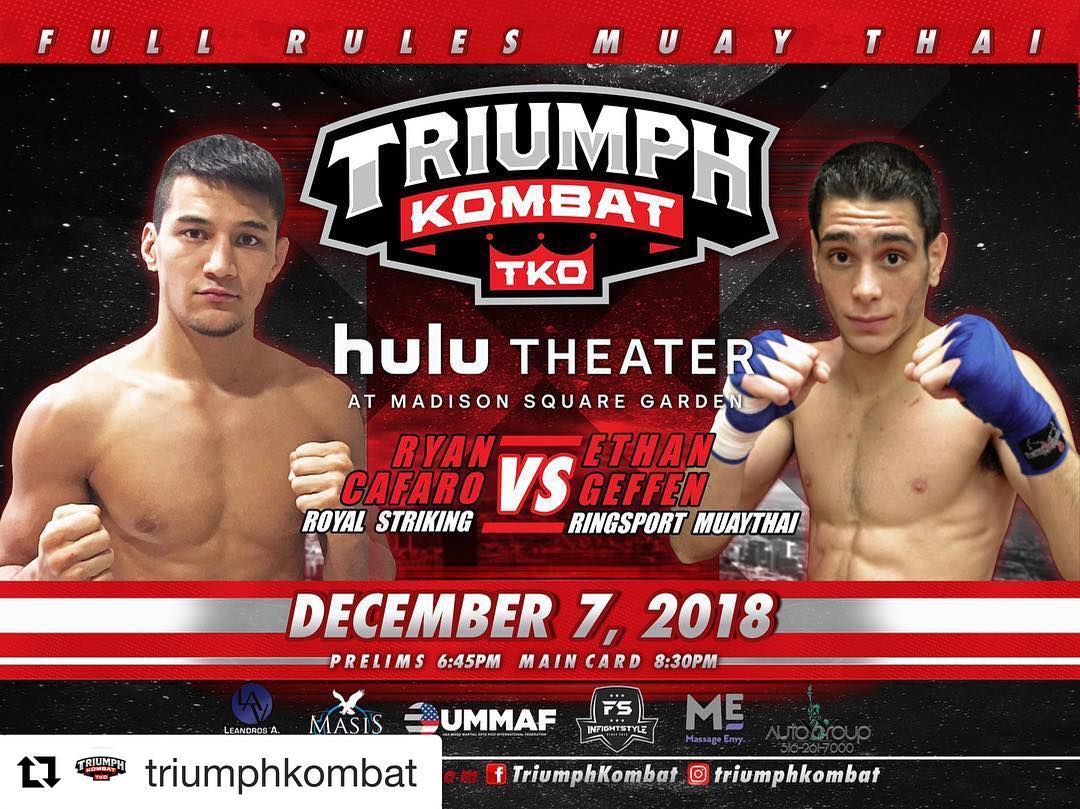 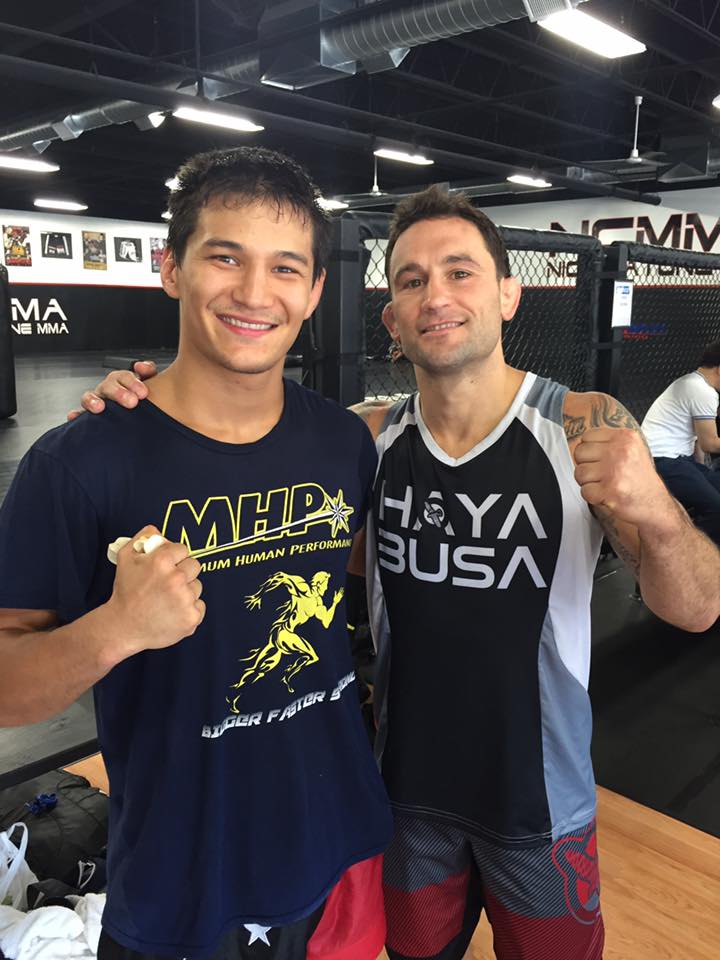 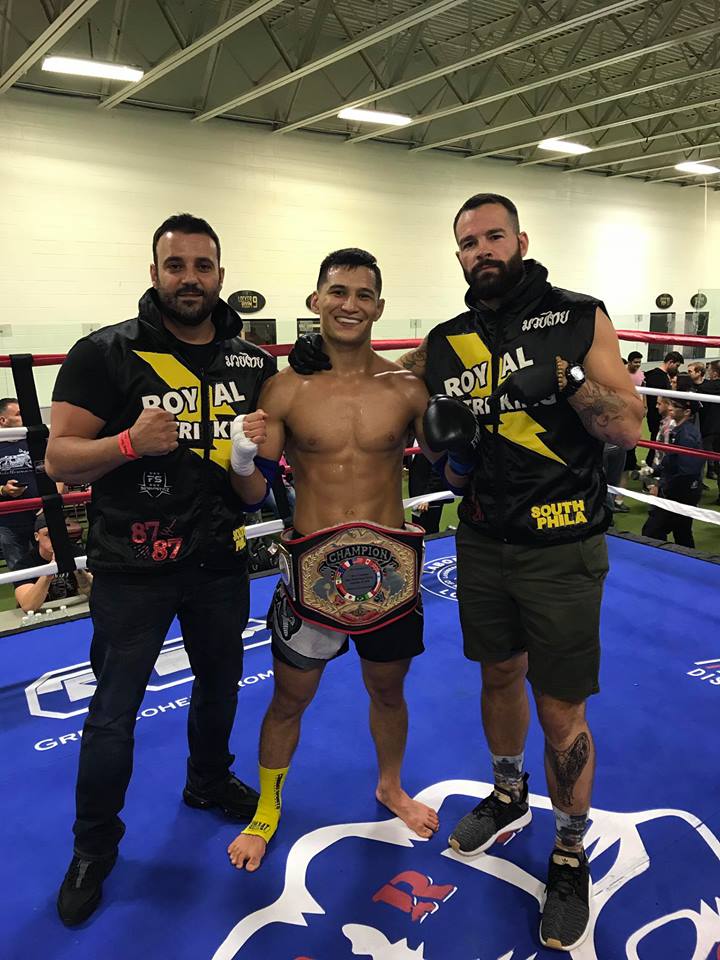