Brought to you by Sissy Fighting Gear.

Say NO to Bullying by going to SissyFG.com and buying the best gear on the market. Use the promo code SFLC at checkout and save 10%! 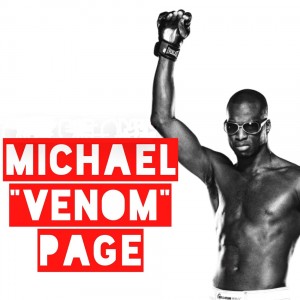 We had the absolute honor to be joined by MVP, Michael “Venom” Page from Bellator and he is awesome. He’s been a martial artist for a very long time! He talks about his very successful kickboxing career, his transition to MMA, his fighting style, Bellator, who he thinks is the best pound for pound fighter in the world and also offers advice to Ronda Rousey, as well as the new UFC Bantamweight Champion, Holly Holm! (*Note* MVP is from the UK, thousands of miles away from where we are in Massachusetts, the audio is a little bit choppy but you’ll get it!)