Former UFC interim heavyweight champion Shane Carwin expressed an interest in returning to mixed martial arts earlier this year.  The heavyweight fighter from Colorado has not fought professionally since June 11, 2011, more than five years ago. 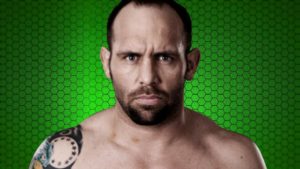 In July, on the mixed martial arts Underground, Carwin expressed interest in returning to the sport. The former interim champ reached out to the UFC and told him of his intentions.

Today, Carwin went back to the Underground Forum to reveal that the UFC talks did not go as planned.

“As many of you know I recently decided to come out of retirement. I asked my management team at Ingrained Media to help chart a course. This lead to reviews of my contract and conversations with Joe Silva and UFC’s legal team. We decided mutually that my value and what I bring to the Heavyweight Division will be better utilized elsewhere. I am now a free agent. I look forward to freely speaking with the other MMA promotions. The Heavyweight division has a lot of great fights and not all of them are in the UFC.I am excited about what the future holds. I want to prove to myself and my fans that I belong at the top of the division. Today that journey begins.

Feel free to ask me any questions.”

Carwin held a 12-2 record before leaving the sport.  His only two losses were to Brock Lesnar and Junior Dos Santos, both inside the UFC octagon.

At 41 years of age, Carwin could still make a successful run in the sport, but where he will land is anyone’s guess.