Do you enjoy watching MMA? In the last few years, the sport has grown in popularity. In late 2021, it was estimated that there were 550 million MMA fans around the world. While there are other organizations, the UFC tends to be the most popular. Regardless, each organization has champions in each weight division. Those champions have beaten the top competition in their respective leagues. Who are the best MMA champions in the world? 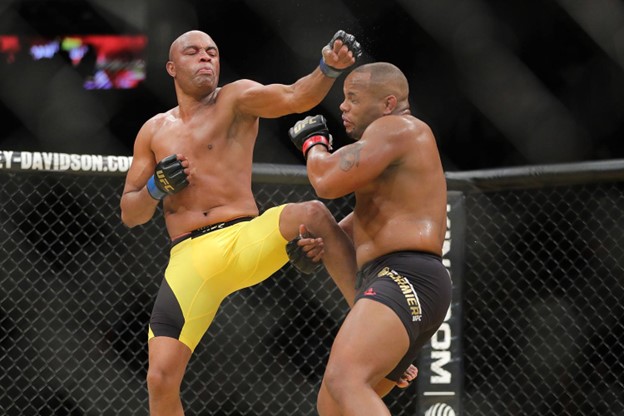 While many people did not expect Glover to ever become the light heavyweight champion, he did. He shocked fans and critics by winning the title on October 30, 2021. The Brazilian fight was born on October 28, 1979, making him one of the oldest current champions in the league. During his MMA career, Glover has competed in many organizations, including WEC, UFC, Impact FC, Shooto, and PFC. Today, he is ranked number nine on the UFC’s pound-for-pound ranking. Glover was last defeated by Corey Anderson on July 22, 2018.

Since then, he has won six bouts. He submitted four opponents and knocked out another. He picked up wins over Karl Roberson, Nikita Krylov, Thiago Santos, Anthony Smith, and Ion Cutelaba. He won the title by submitting Jan Blachowicz with a rear-naked choke at UFC 267. Glover was scheduled to defend his belt against Jiří Procházka. However, the fight was postponed. The two are now expected to fight on June 11, 2022, on the UFC 275 card.

Valentina has become one of the top MMA fighters in the world. The 34-year-old was born on March 7, 1988. Although she was born to a Ukrainian family, she regularly describes herself as being Russian. Furthermore, Russian is her native language. During her childhood, her family had Soviet and Kyrgyzstani citizenship. At five, Valentina started participating in Taekwondo. In 2000, her kickboxing career started. When she was 12, she knocked out a 22-year-old. The win convinced her trainer to begin calling her Bullet. She still uses the nickname today.

When MMA enthusiasts are not watching their favorite fighters battle it out in the right, they play สล็อตแตกง่าย.

In MMA, Valentina has been beaten three times. She was stopped by Bellator champion Liz Carmouche on September 30, 2010. She also lost two decisions to Amanda Nunes although they were controversial. Valentina won the Flyweight Championship by beating Joanna Jędrzejczyk at UFC 231. She has defended her title six times.

Many fans will agree that Charles Oliveira doesn’t get the respect he deserves. However, that is quickly starting to change since he is ranked fifth on the UFC’s pound-for-pound rankings. The 32-year-old was born in Sao Paulo, Brazil. He has 15 submission wins in the UFC and the most finishes. He has 32 wins and 8 losses. Early in his career, Charles was beaten by Max Holloway, Anthony Pettis, Ricardo Lamas, and Paul Felder. He also had difficulty making weight several times. He missed weight against Myles Jury and again against Ricardo Lamas.

He also missed weight for his bout against Jeremy Stephen on December 12, 2014. He missed weight again at UFC 152 when he was knocked out by Cub Swanson. Another blemish on his record is a no-contest after he hit Nik Lentz with an illegal knee. Today, Charles is on a 10-fight winning streak. Since being stopped by Paul Felder, Charles has beaten Clay Guida, Jim Miller, Nik Lentz, Kevin Lee, Tony Ferguson, Michael Chandler, and Dustin Poirier.

Amanda Lourenco Nunes was born in Brazil to parents, Ivete and Sindoval who are now divorced. At 33 years old, Amanda has stepped into the ring, with some of the most notable mixed martial artists. She began her career in Strikeforce in January 2011. Her debut was in Nashville, Tennessee, where her opponent was Canadian mixed martial artist and kickboxer, Julia Oliva. Fourteen seconds after the bell rang, Amanda captured her first win by knockout.

Australian Featherweight mixed martial artist Alexander “The Great” Volkanovski resides in Wollongong, New South Wales. The 145-pound Australian began his MMA career as a middleweight. After four wins, Volkanovski turned professional in 216. He was signed with several MMA organizations in Asia before he was discovered by the UFC.

Volkanovski’s MMA record includes 12 knockouts, three submissions, and nine judge-decision wins. He has one loss by knockout on his record.