Travis Davis is staying active, as the top-ranked Ohio fighter will compete for the fourth time since December when he takes on Tim Hiley in the main event at Ohio Combat League 14 next month.

Davis, who holds a 10-4 MMA record, recently moved his pro boxing record to 5-0 with a unanimous decision victory over Dennis Vance earlier this month.

Davis returns to his natural middleweight for this bout, as he faced larger fighters in his last three bouts.

Fighting out of Ronin Training Center in Columbus, Davis has seven career wins via submission and two via TKO.

Hiley, who represents Pura Vida and fights out of Milwaukee, Wisconsin, looks to snap a three-fight losing streak.

Hiley started out 7-0 including 2-0 under the LFA banner before earning a title shot. He came up short against Brendan Allen at LFA 50, and then took a year and a half off. He returned at light heavyweight, and lost bouts against Jesse Murray and Jamal Pogues at the heavier weight.

OCL 14 is scheduled to feature seven pro bouts, including rising stars Logan Urban (4-1), Jake Miller (5-2), Josiah Harrell (2-0), Alex Johnston (1-0), and more. The amateur portion of the card will be headlined by a welterweight tournament final pitting Melvin Harris (4-0) vs. Alonzo Turner (4-1) for the 170-pound title.

OCL 14 takes place on July 24 at the Ohio Event Center in Newark, Ohio. 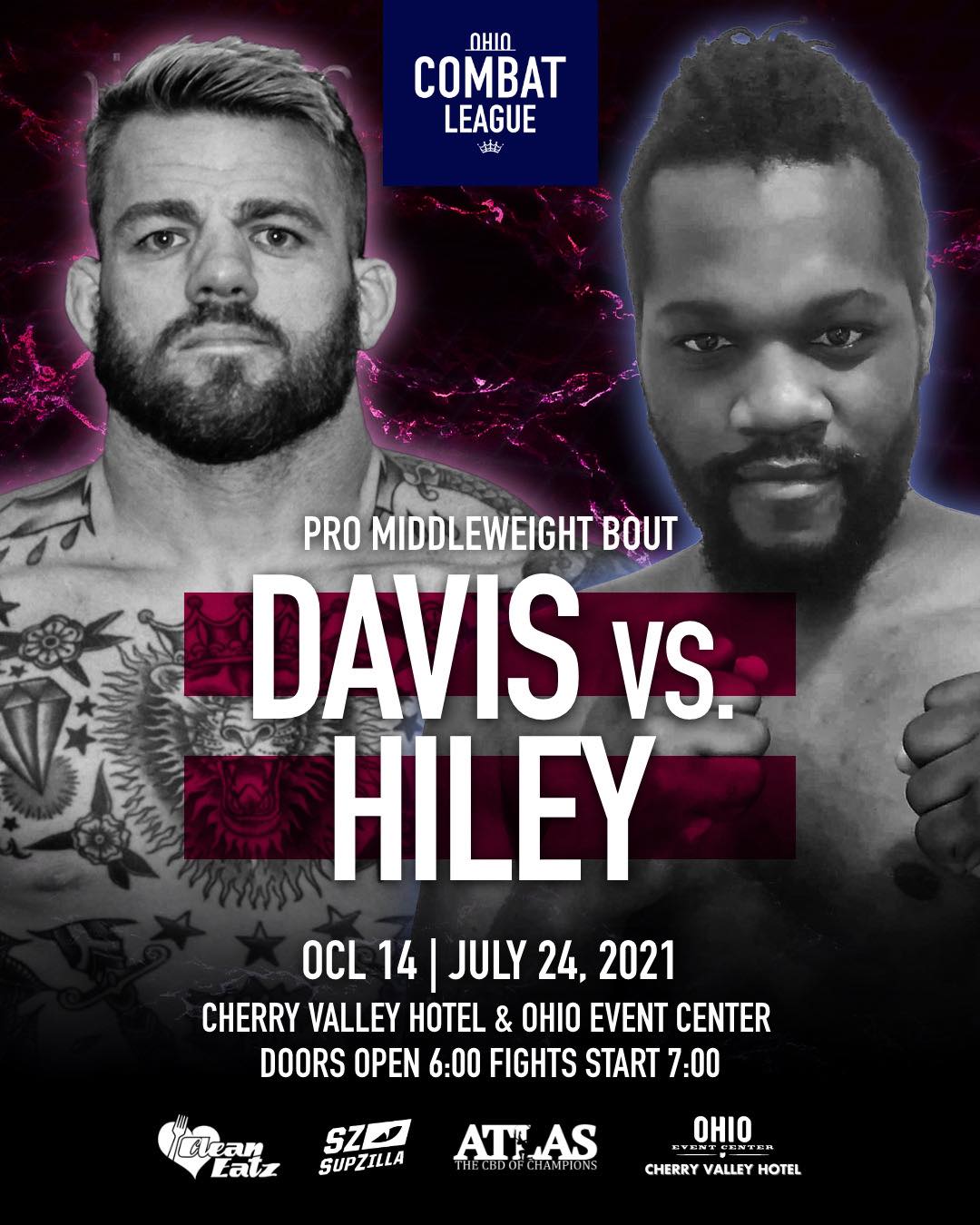 By Connor Northrup 23 hours ago