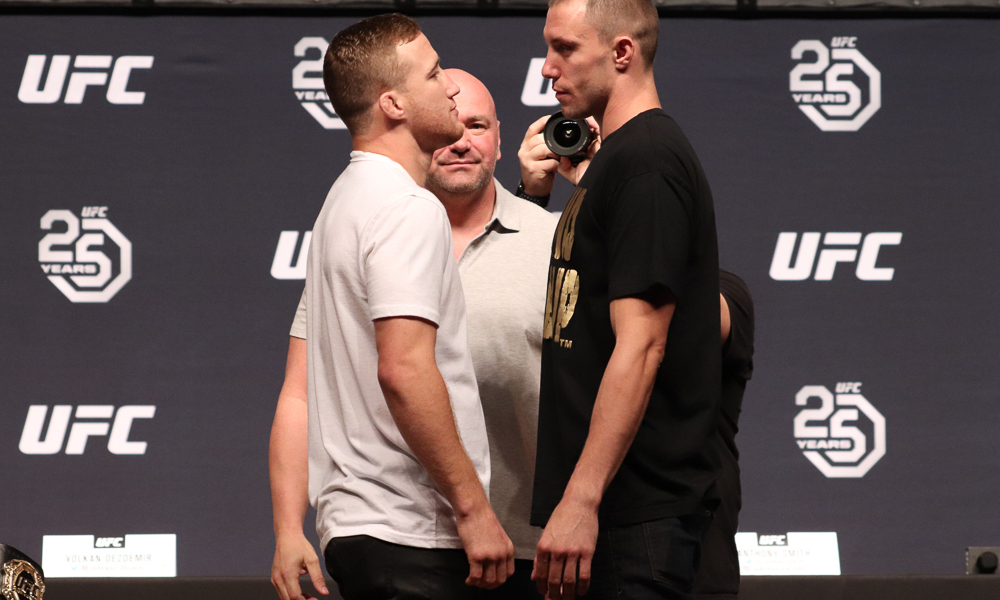 UFC Fight Night 135 will take place at the Pinnacle Bank Arena in Lincoln, Nebraska this Saturday, August 25. The card will be headlined by lightweight contenders (#7) Justin Gaethje and (#10) James Vick and co-headlined by featherweights Michael Johnson and Andre Fili.

Let me be the first to say, I am not a fan of how the UFC is promoting this fight with the “18 combined knockouts” pitch. This is extremely misleading, as Gaethje owns 15 of those knockouts. That said, this fight should deliver. Gaethje is on a two fight losing streak following losses to (#4) Eddie Alvarez and (#3) Dustin Poirier, both of those contests earning FOTN awards. James Vick is 9-1 in the UFC earning impressive victories over veterans Joe Duffy and Francisco Trinaldo.

I anticipate this fight playing out like a typical Gaethje fight that keeps us glued to our seats. I do believe following his last two losses, he will attempt to use his world class wrestling to mix it up and win rounds when needed. Gaethje will go to the legs early as he always does. Vick will use his footwork and length to pick apart Gaethje on the outside.

This contest is not only one that is exciting for fight fans, but could have implications to breaking into the Top 15 in the UFC Featherweight division. Johnson recently dropped to Featherweight and looked impressive against Team Alpha Male’s Darren Elkins until being submitted. Fili is entering this bout with two consecutive decision wins against Artem Lobov and Dennis Bermudez.

Andre Fili will have the mental edge in this contest as he is a member of Team Alpha Male and they have trained extensively for Michael Johnson in the past. While he is not known particularly for his knockout power, he has displayed in recent fights the use of his jab and increased wrestling. Johnson will press forward as he often does and look to land a big hook that has claimed him victory in the past.

This fight and their current rankings really do show the state of the women’s Strawweight division. Casey has lost her last two and 3-5 in the UFC. Angela Hill is 3-4 in the UFC but is entering this contest with an impressive win over Maryna Moroz. In most other divisions in the UFC, you will not see those numbers and be considered in the Top 15 in the world.

Casey’s weakness has been constantly being on her back foot and losing decisions, two of those recently being split decisions. If she can press forward she stands a chance at finishing Hill. Angela Hill comes into this contest earning all of her victories via decision. This is due to her pressure and her ability to use volume to her advantage.