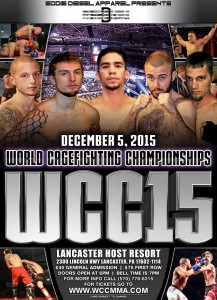 Besides going down as the greatest mixed martial arts card assembled of both amateur and professional bouts inside the Keystone State this year, WCC has a whole lot more to offer for fight fans.

First, giving back to the community.  WCC would like to collect toys for needy children during this holiday season.  If you are attending Saturday night’s epic lineup, please consider donating an unwrapped toy to the Clare House. The Clare House serves homeless women and children in a caring environment, through life skills training and support, leading to self-sufficiency.  Find out more about Clare House here. 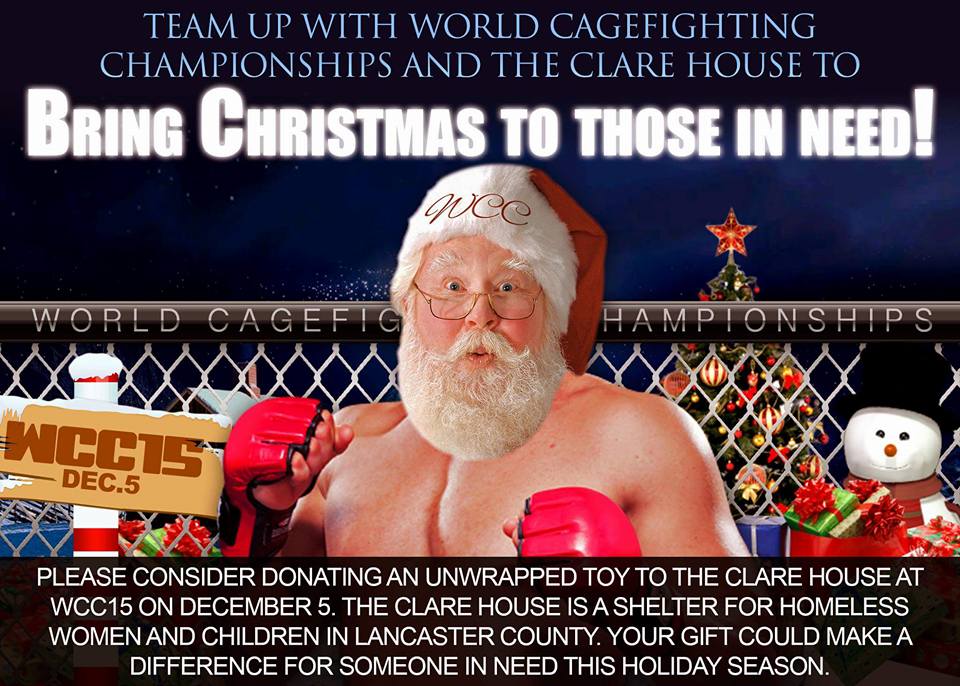 The second benefit: The Ring Card Girls. According to promoter, Doug Yasinsky, “We have the hottest ring card girls in the region.”

You be the judge. 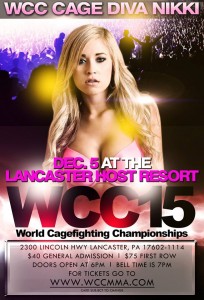 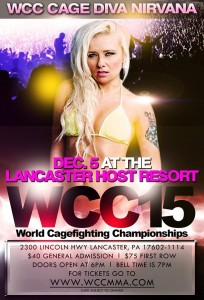 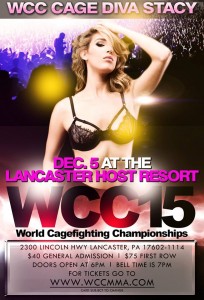 But of course, the reason fight fans will pack the Lancaster Host Resort is because of the amazing fight card that Yasinsky and staff have assembled.

Let’s break down a few bouts:

Below is the full fight card.