On November 10, 2015 the United States Marine Corps will celebrate its 240th birthday. The Marines are without a doubt some of the bravest men and women who are alive today and they will celebrate this historic occasion in grand style. 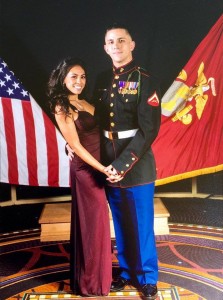 Marine Corps veteran Shane Kruchten is a combat veteran of Operation Iraqi Freedom I & II; he is also a Purple Heart Recipient. His wife recently underwent knee surgery and will be unable to attend the 240th Marine Corps Birthday Ball with Shane. After some careful consideration, Shane has decided to extend an invitation to a Gold Star mother, wife or daughter of a fallen Marine.

“After listening to the Sergeant Major explain that the Marine Corps ball is about honoring the Marines and the rich heritage of the Marines, I thought what better way to do so, than to honor a wife, daughter or mother of a Marine that has made the ultimate sacrifice. All expenses will be covered and I encourage other Marines whom don’t have dates to follow suit.”

Kruchten is currently signed to the World Series of Fighting (WSOF) and trains at the San Diego Combat Academy and 10th Planet Jiu-Jitsu.

The cocktail hour will begin at 6:00pm PST, followed by the ceremony at 7:00pm PST. The ceremony is expected to last about 30 to 45 minutes with the Guest of Honor speaking for 20 minutes immediately thereafter. Dinner will be served at approximately 8:30pm PST, lasting for 90 minutes at which time the dance floor will be open. The party will culminate at 1:00am PST.

Those who wish to be considered and fall under the three categories listed above, must email Shane at Shane_Kruchten@Yahoo.com. Please tell him a little bit about yourself and your Marine. Entries must be in by November 5, 2015.

Shane Kruchten was a Lance Corporal in the United Stated Marine Corps. He was just 17 years old when he enlisted and celebrated his 18th birthday while serving during the invasion of Iraq. Shane has honored the 19 brothers in his battalion, who have made the ultimate sacrifice, by having their names tattooed on his back. He believes in giving back to fellow military veterans by doing speaking engagements, reaching out and touching base with fellow warriors when in need and helping veterans train in the Mixed Martial Arts at his gym. Because he endured problems with drugs and alcohol upon returning home from battle, Shane has made it a priority to help other veterans battling addiction. He is always looking for ways to help the military community and believes this is one more step in his very blessed journey. Helping those who he served with as well as those who have sacrificed everything so he could be here today, will always be at the top of his list. 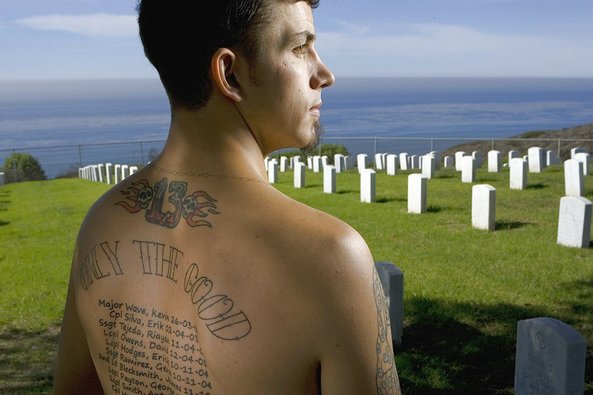