One Championship is recognized for its groundbreaking contributions to mixed martial arts.

Continuing to raise the bar, May 28 marks another prestigious moment for the company with the inauguration of the ONE Atomweight Women’s World Grand Prix tournament. The tournament will feature eight of the world’s top female combatants as they duel for the tournament title, with the winner getting a title shot against Atomweight champion, Angela Lee.

Making her company debut at the Grand Prix is a woman that is no stranger to high-stakes battles. For seven years, (5-1) Alyse Anderson has been a dominant force in Women’s MMA. Her previous title captures, and show-stealing performances in Invitca FC and Total Warrior Combat makes her a favorite to win the tournament, leaving many fight fans waiting in anticipation of how she will fare on the grand stage of ONE Championship. In this exclusive interview with MYMMANEWS, we get an inside look at Alyse Anderson’s road to the Grand Prix tournament and her mindset heading into the first round against Ituski Hitara.

Close to two years of absence from competing. How does it feel to be back in action finally?

Alyse Anderson: “It feels great because ONE has given me the ability and the reason to finally become a full-time fighter. I’m excited because I’m now hitting levels that i wasn’t able to before. I can’t wait to perform.”

One of the major setbacks for many fighters being able to compete was the 2020 Health Pandemic Crisis. What was your method of staying motivated during those uncertain times?

Alyse Anderson: “I was actually a nurse and worked in the COVID unit for a lot of the last year. I stayed motivated because I felt like I was still fighting on the front lines and helping people. I know that I’m young and still had time on my side, and now being able to train full-time and fight for an organization like ONE is basically a dream come true. I’m very motivated.”

Before 2020, you created major success for yourself in your professional fight journey at TWC and Invicta. What was the biggest takeaway from those experiences that prepared you for the crowning moment competing at ONE?

Alyse Anderson: “The biggest take away for me feeling prepared for this is that I achieved all of that being a part-time fighter and only being able to fight when I could get leave from the hospital. I know now being able to do nothing but train twice a day every day and make a living doing this that I’m going to be more than ready.”

What makes your debut at ONE Championship meaningful?

Alyse Anderson: “My debut with ONE championship is meaningful because I’m the only American in the tournament and I am a big underdog. For me it means a lot to represent and make everybody proud.”

Your opponent at ONE FC will be Ituski Hitara. Hitara is undefeated. Does this element add extra motivation to coming out victorious and, at the same time, give Hitara her first loss?

How has your preparation been going for this fight?

Alyse Anderson: “I have moved to Miami and joined the team at MMA masters and I couldn’t be happier. I get a lot of attention here and who wouldn’t want to live in Florida? I have my dog, my apartment, and great teammates and support. This camp has been perfect.”

What do you think it will take to come out the winner, and why is it important?

Alyse Anderson: “For me to come out victorious I will just need to implement everything that I have learned over the years and in this camp. I’ll need to stay calm and utilize my reach and dictate where the fight goes.” 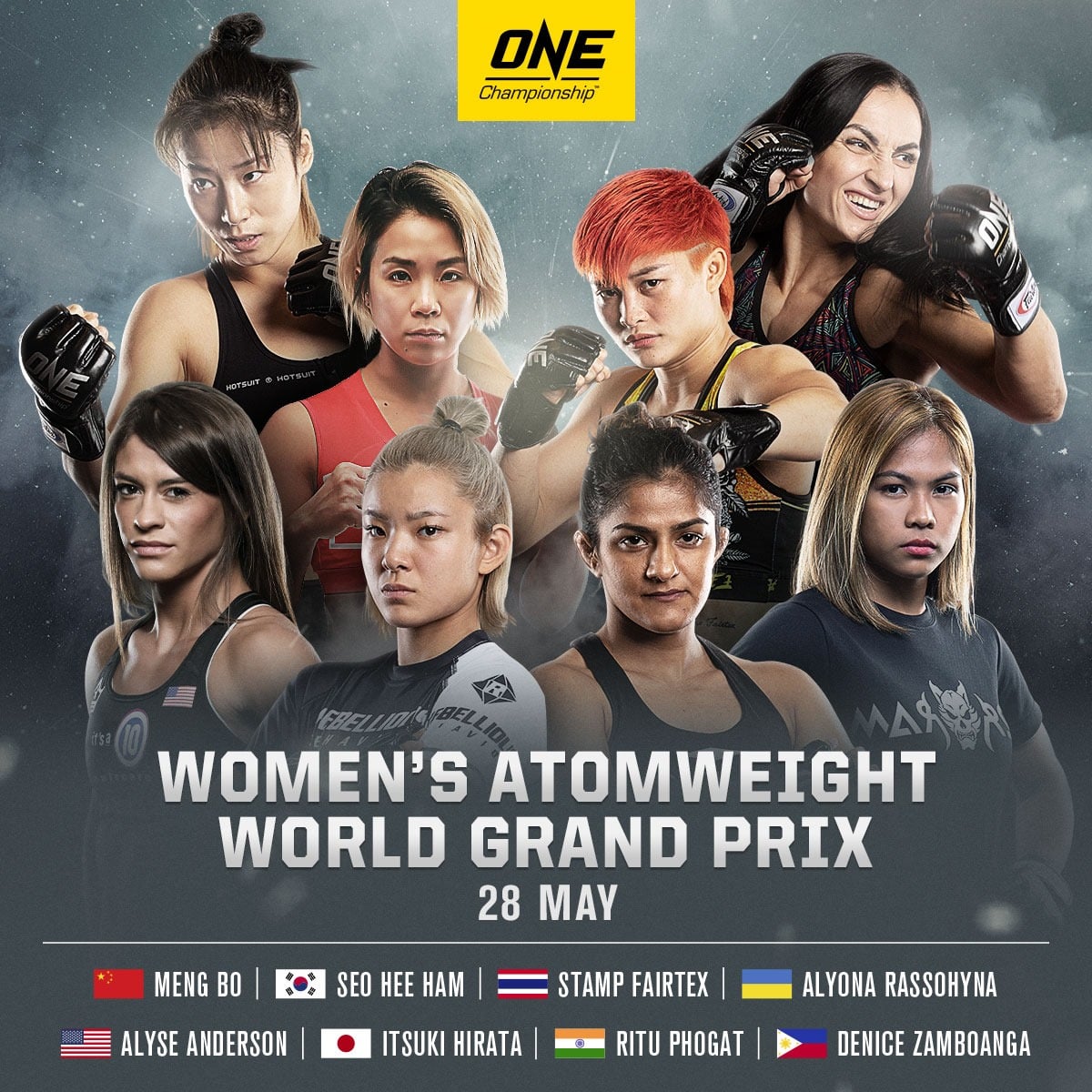 You have captured the victory. Do you have fun vacation ideas you plan to do while out in Singapore?

Alyse Anderson: “I wish! Due to Covid rules we are not allowed to stay for any extra days past the event so I will be coming right home after the fight. That’s OK though because I’ll be looking forward to seeing my family and celebrating with my friends and seeing my dog, Louie.”

Do you plan on making One your new permanent fight home, or is it the setup to a bigger goal?

Alyse Anderson: “ONE has really gone above and beyond to take care of me and I am proud and happy to be with them.”

Finally, what makes Hitara vs. Anderson a must-see match for fight fans?

Alyse Anderson: “I think people are going to want to watch this fight because she has a lot of hype around her being an undefeated prospect and I am the underdog American going in there to steal the show.”

By Bjorn Morfin 19 mins ago