A special media teleconference was held today to announce the official launch of the Bare Knuckle Fighting Championship in the United States. 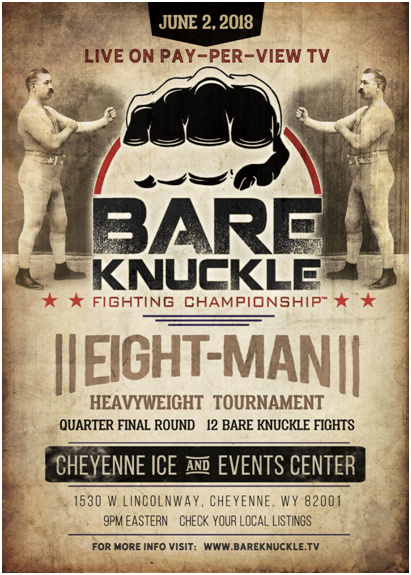 BKFC will hold its inaugural event on Saturday, June 2, 2018, in Cheyenne, Wyoming; and air across the United States and Canada on Pay Per View Television across all major distribution outlets.

The BKFC will host the first legal, regulated, and sanctioned bare knuckle boxing event in the U.S. since the 1889.  The 12 fight card will feature only established professional fighters, who have competed in boxing, MMA, kickboxing, and Muay Thai; and include an 8-man heavyweight tournament.

The card is scheduled to feature additional fight veterans from the UFC, PBC, Bellator, and K1; and with fighters hailing from the US, Canada, Russia, England, and Australia. Former UFC heavyweight champion Ricco Rodriguez was also on the line as he was announced as one of the first participants.

Said BKFC President David Feldman, “As excited as we are for this event, we’re even more excited to launch a new combat sport franchise with Bare Knuckle Fighting Championship.  This is truly just the beginning.”

“This is the start of a new era in combat sports,” said Feldman, also a former professional boxer.  “Bare Knuckle Fighting Championship will combine the incredibly rich history of bare knuckle under the Broughton and London Prize Ring Rules, with a modern rule set for this generation. By showcasing professional fighters from a wide array of disciplines, we want to answer the question: Who is the best pure striker on the planet?”

BKFC will be under the auspices and control of the Wyoming Combative Sports Commission, and held at the Cheyenne Ice and Events Center in Cheyenne, Wyoming.

“Our Commission is proud to be regulating this great event, which speaks to Wyoming’s tradition of strong Western independence.  We are excited to work with Mr. Feldman, and the professionalism that he brings to the sport,” said Bryan Pedersen, Chairman of the Wyoming Combat Sports Commission.

The event will be broadcast live across the United States and Canada on Pay Per View Television, and be available on all major distribution outlets for $29.99.

Tickets will be available through www.bareknuckle.tv, and will range from $50 to $200.

LISTEN TO THE BARE KNUCKLE FIGHTING CHAMPIONSHIP PRESS CALL BELOW: 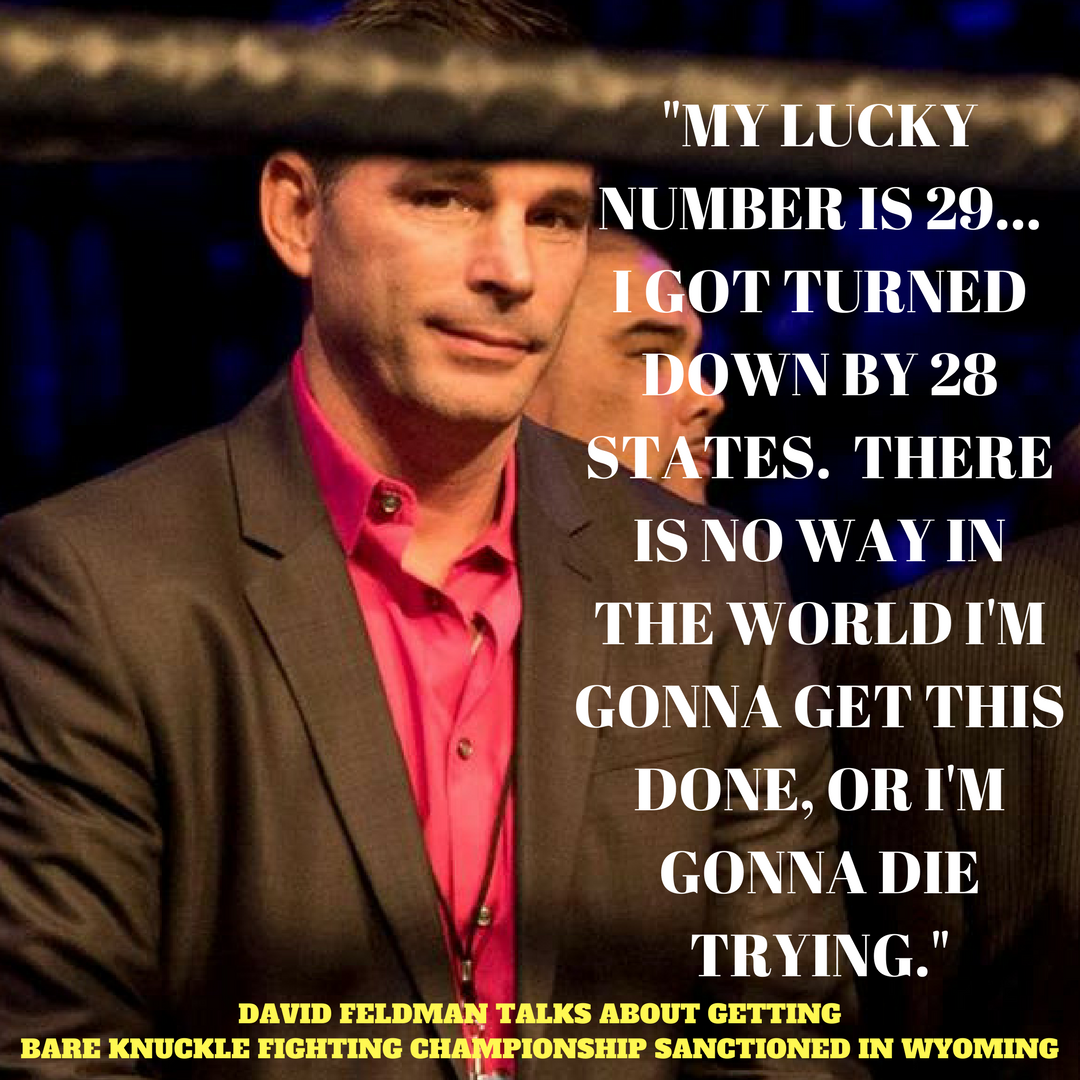