Cage Warriors New Years Eve goes down on the 30th live from the Indigo O2 in London, England.

A stacked event with three title fights being the main attraction. Fireworks are set to be produced before the new year.

In the main event, Middleweight champion Christian Leeroy Duncan (7-0) will look to make another defence of his title against his biggest test yet, former UFC fighter, and TUF winner on the redemption season in 2017, Jesse Taylor (33-16). Duncan, perfect thus far in his professional career, will look to make another spectacular defence of his belt. Previously, Duncan defended his belt vs. Marian Dimitrov when he finished the fight with a spinning elbow.

Duncan is always entertaining and gives you the sense of, the edge of your seat feel as you never know what he will produce. Taylor, on the other hand, is a hard nosed veteran and has been around the block, fighting in the likes of UFC, Cage Warriors, Strikeforce, KSW and WSOF. Currently riding a two-fight winning streak, the former TUF winner will look to grab his former belt in London. A main event that will not disappoint, make sure to keep your eyes feasted on this one. 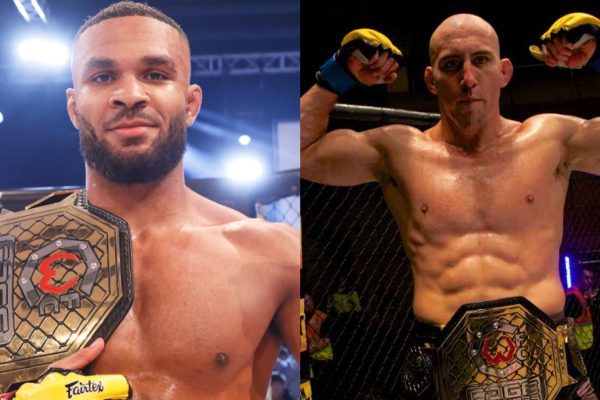 In the co-main event, Modestas Bukauskas (12-5) will look to gain his old belt around his waist vs. American challenger Chuck Campbell (5-1). Former UFC fighter Bukauskas will look to win his belt back and have his eyes set back to the UFC. Campbell faces his best opponent to date, which could potentially launch the American to the promise land of the UFC.

High stakes in this fight, firstly Bukauskas returned back to MMA after suffering the devastating injury in his fight vs. Khalil Roundtree, Bukauskas won via unanimous decision vs. Lee Chadwick. Bukauskas previously held the Cage Warriors light heavyweight championship in 2019 before he made the move to the UFC. Campbell seeks to shoot himself to stardom, which would be the best feather in his cap with a win over Bukauskas. Campbell burst into Cage Warriors territory in his last bout when he knocked out his opponent, Andrew Clamp in the very first round. Which will prevail? The veteran and experienced Bukauskas, or the youthfulness and hunger of Campbell. Only way to find out is on UFC Fight Pass. 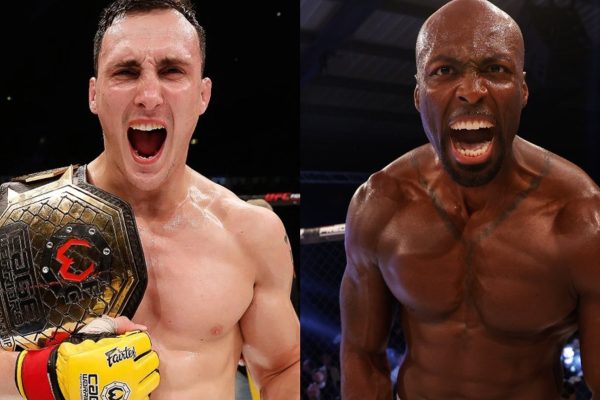 The final championship bout, is between two very experienced fighters. Sam Creasey (16-4) will set up a rematch with his old foe Shajidul Haque (14-5). Creasey will look to make history again as he seeks to make another defence of his title. The first meeting took place between the two when both fighters were looking to make a name for themselves in 2017.

This time around, a flyweight championship will be on the line. The defending champ Creasey became the most successful flyweight champion in Cage Warriors after becoming the first champion to defend the belt. Creasey stopped Stipe Brčić in his last bout and now seeks to stamp his claim as the divisions best. Haque on the other hand, has had a tough road since leaving Cage Warriors and having to fight in regional promotions, currently on a four-fight winning streak looks to make his second chance at gold a successful one. Haque has only lost to the best flyweights in the world, like, Jake Hadley, Zhalgas Zhumagulov and Tagir Ulanbekov; all names have appeared in the UFC. When flyweights are on show, you know one thing for sure; you will get action. And that’s nothing but the case for Creasey and Haque, who both like to push the pace. 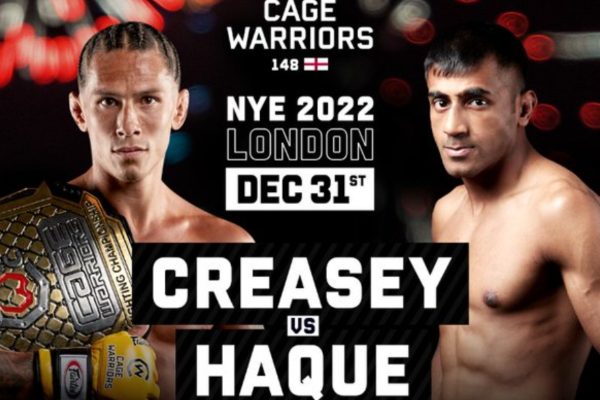 Also on the card, former UFC fighter Darren Stewart and Wilson Reis take place on the undercard. As well, prospects like; Nathan Fletcher, Omiel Brown, Damon Wilson and Adam Meskini are all set to go down on a stacked undercard.

Watch live exclusively on UFC Fight Pass, and catch the results as they happen right here on MyMMANews.