On October 16, Caged Aggression MMA held their 28th event, “Caged Aggression XXVIII: Unstoppable.” Making his professional debut on the show was a new face emerging unto the scene, Trace Engelkes. Impressively, Engelkes wasted no time making his presence known with a first-round 45-second D’arce Choke submission finish over Tyler Scott. No fighter wants to start their professional career with an “L” on their record. Attainment victory in his first professional fight was a meaningful moment for Trace Engelkes in proving he belonged on that stage.

“That win was huge for me,” Engelkes told MYMMANEWS. “No one wants to kick off their career with a loss, so it was a big relief to seal the deal in such a spectacular way nonetheless. I really couldn’t have asked for too much of a better performance.”

Winning has always been a constant goal for Engelkes, long before his existence in MMA. Trace Engelkes is a wrestling state champion from NIU (Northern Illinois University). He would close out his wrestling career in Northern Illinois in 2017 with a career record of 81-42, become a dual team leader, and national qualifier. Being competitive drives one to take on new challenges, which he would eventually find in Mixed Martial Arts. That fueling energy and success in amateur MMA mirrored that of his wrestling. Engelkes would finish his amateur MMA career undefeated at 5-0 and become the XFO Middleweight champion. 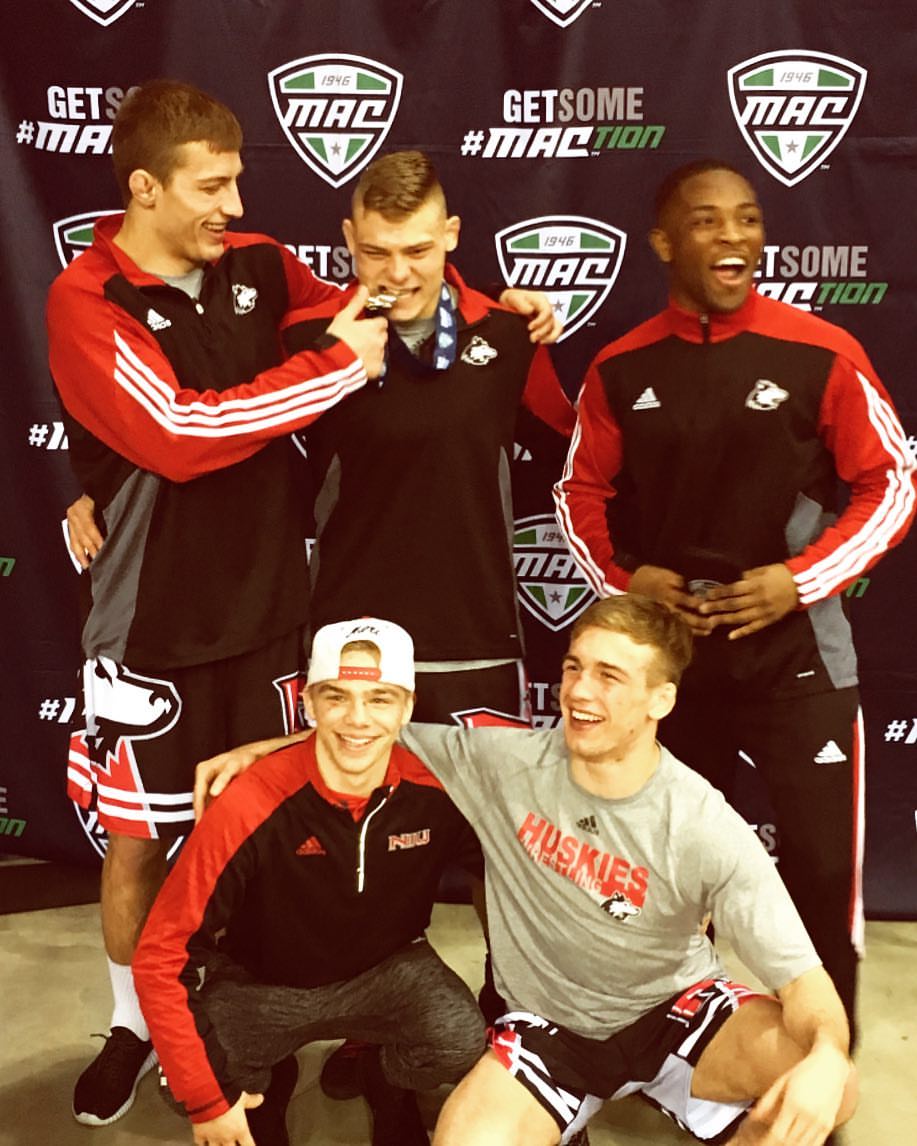 “I’ve always been very challenge and goal-oriented. I’ve gone through short periods of my life where I felt I didn’t have a goal or challenge to work for, and that feeling erodes me from the inside out. It was ultimately a feeling that led me to the cage for the first time, and I’ve loved the difficulty of it ever since.”

Relaxing the limited opportunities, Engelkes came to the realization that his journey in the amateur ranks was coming to an end. At that point, it was only one thing Engelkes could do, go pro. In preparation for his professional fighting career, Engelkes sought an elite gym to support his dreams. He would find a suitable candidate in the fight crew at The MMA Lab in Phoenix, Arizona, promoting him in packing his bags and making the cross country move to fully commit to his new profession.

MMA Lab is a world-class fight facility recognized worldwide for its production of elite fight talents and MMA world champions. Engelkes is surrounded by greatness daily training with the lights of Ben Henderson, Jared Cannonier, Sean O’Malley, and other up-in-coming competitors. 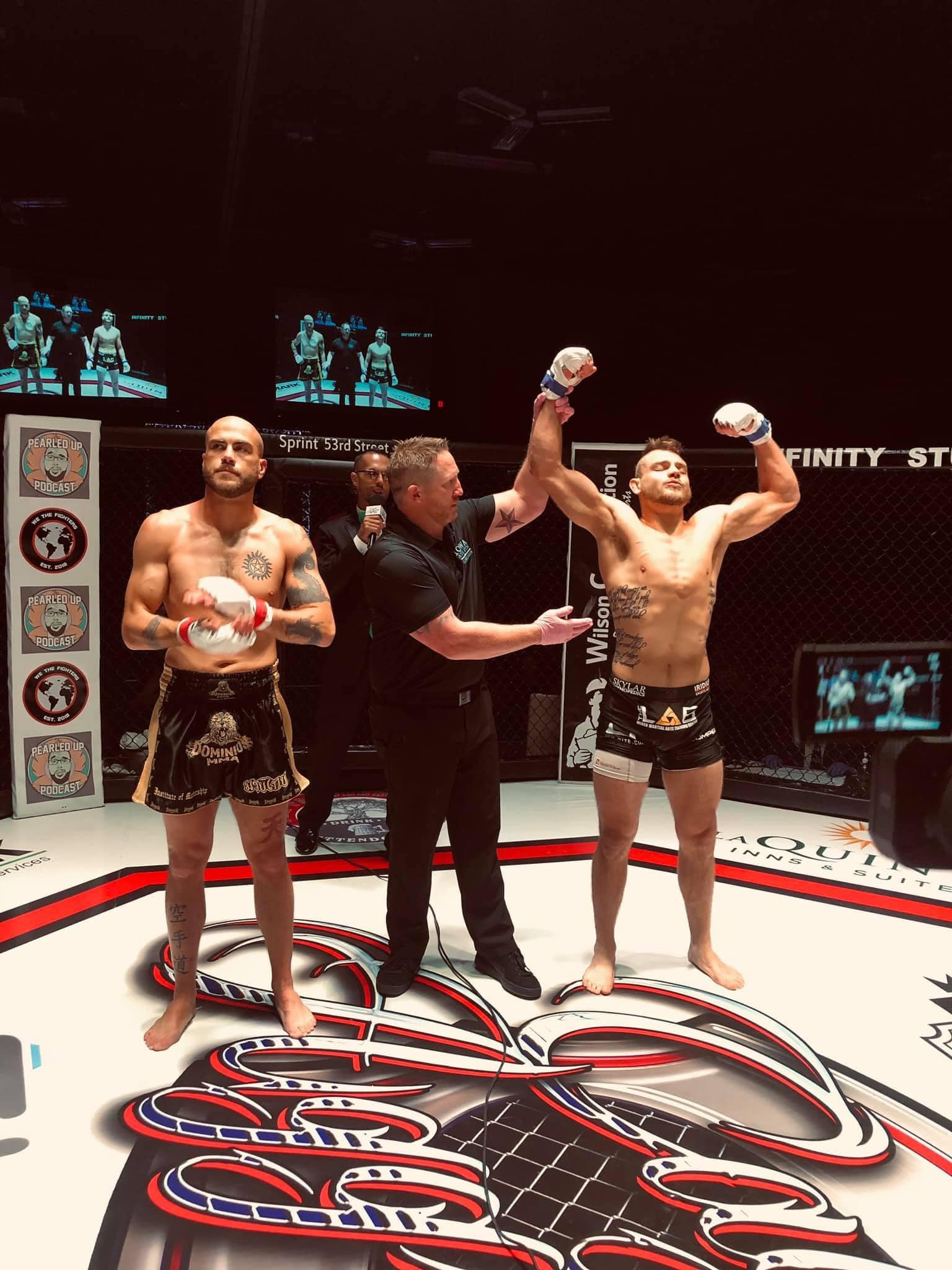 “Going to The MMA Lab was a very easy decision. The training at the Lab is simply world class. I get to roll with some of the best fighters in the world and have a coach for every discipline that can hold their own at the top of the game. The teammates and coaches I have there are absolutely top notch and have become family to me. Though it was hard to leave my home gym and first head coach Shayne Adam’s at NICC, it’s been great being able to keep him integrated in my corner and camp. “

The support of his team at The MMA Lab provides clear evidence of the fighter Trace Engelkes is becoming. Those developments were put on public display in Trace’s pro debut win at Cage Aggression XXVIII. His performance at the event would receive major praise from UFC Hall of Famer Jens Pulver and received “Submission of the Night” Honors.

“That fight I actually felt the least amount of pressure I’ve ever felt in a fight. I was so calm and zen walking in. I think that had to do with how confident I was in my training camp.”

With his first pro win under his notch, Trace Engelkes is excited for what the future holds. There are many opportunities for this young fighter to explore on the road to the big leagues. Engelkes is content in extending his current stay with Caged Aggression MMA. Caged Aggression has a reputation of highly accommodating its athletes and putting on top-quality shows. This environment seems to best suit Engelkes, as he looks to continue his flourishing as a professional fighter in his journey to the top.

By Kyle Carroll 9 mins ago

By Cole Shelton 26 mins ago

By Blaine Henry 33 mins ago

By Matt Bricker 13 hours ago