When people hear the word or term “cryotherapy,” they often think of the treatment that involves the use of freezing or near-freezing temperatures. They envision a person standing inside a large tube like chamber, shivering, with steam coming out from the top and or bottom.

Well that is true, but cryotherapy can be so much more.

According to healthline.com, “The theory for whole-body cryotherapy (WBC) is that by immersing the body in extremely cold air for several minutes, you could receive a number of health benefits. The individual will stand in an enclosed chamber or a small enclosure that surrounds their body but has an opening for their head at the top. The enclosure will drop to between negative 200–300°F. They’ll stay in the ultra-low temperature air for between two and four minutes.”

The folks at Catalyst have developed a tool that allows you to manage your migraine pain, promote beneficial sleep, and combat heat stress by icing your head with a brand new product called the CryoHelmet.

The Catalyst CryoHelmet is an innovative and remarkably convenient tool for applying long-lasting, soothing cooling to your head and neck. Icing your head is known to alleviate migraine and headache pain and promote sleep, and users of the Cryohelmet overwhelmingly report that they experience relief after 30-45 minutes of use. The CryoHelmet is completely portable for use at home or on the go and the integrated cold packs can be repositioned for a personal and custom fit.

Catalyst cold packs freeze solid, but remain flexible so you can wrap your head and neck in therapeutic and long lasting cold.

Use of the CryoHelmet is heading towards the combat sports arena as well as boxers and mixed martial artists are finding the product to be extremely beneficial following training.

It was so awesome to meet you, as well, Rich! 😀 Thanks for making such awesome products and being so good to me! #sponsor https://t.co/EXvshgfegV https://t.co/Zr9RIjxaOj

@cryohelmet -ing it up together with JoJo! There are inlaid ice packs in the helmet so it feels great after training, or if you have a headache, or get migraines. Check it out on https://t.co/ORApdV6mKz @DRkneevil pic.twitter.com/2L6YeYUeu4

Back at camp and I can’t wait to start taking care of my brain the way I should’ve been from the start. Mainly with the way I fight lol. Thank you @CryoHelmet for the help and this is going to used so much for this camp! We Can, We Will, Together, We Are, #TeamShorty #CyroHelmet pic.twitter.com/rMXZ5tlBMU 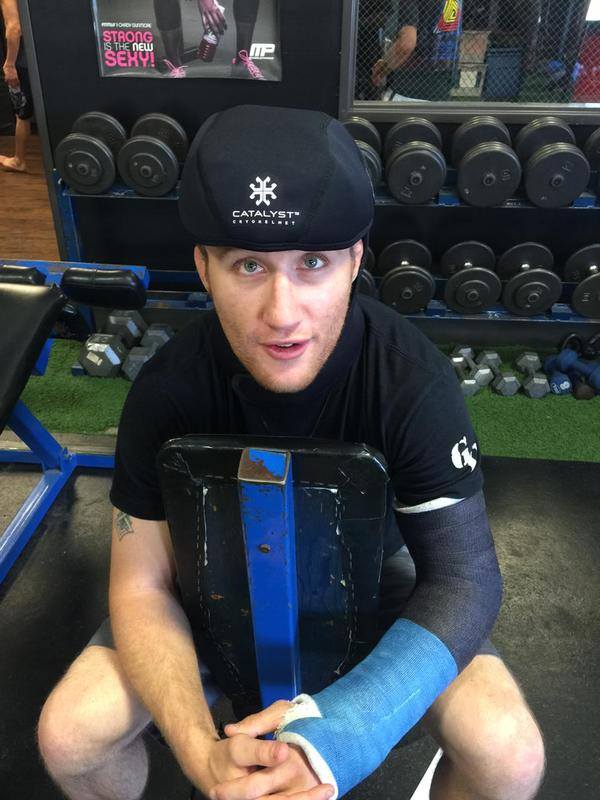 I recently got my hands on the Cryohelmet to give it a shot and I was surprised at how comfortable wearing ice on your head truly can be. The Catalyst CryoHelmet conforms to your head’s shape and is extremely easy to use. It’s not heavy, not bulky, and the material is comfortable. Now, it’s not something that I would want to wear outside the comfort of my own home, solely because of all the questions I would have to answer, but the CryoHelmet works. It truly works.

Visit CryoHelmet on the web for more information.

How To Enhance Your First Vaping Experience

Why does Joe Rogan Love this Miracle Plant?

Using Your Commute Home to Relax

How to Set Fitness Achievement Goals for Your Workout