Formerly Cheyanne Vlismas, “The Warrior Princess” steps inside the cage for the first time since getting married earlier this year.

You’re going to be returning to Legacy Fighting Alliance at event 78, November 15. What do you think about returning to LFA where you made your pro debut?

You and your husband fighting on the same card, making LFA history. You guys are training together on a daily basis, but is it different knowing you’re going to fight on the same card together?

“You know, I think today the emotions hit me that were both going to be fighting the same night. We’ve just been so excited. We just moved to Texas only four weeks ago from out of the country. We came here, we were sick, we were adapting to the new climate change; we came all the way from South Africa. So, when we came here, we were already prepared to fight, whenever we got the call right away. So, we prepared for three months ahead of time, knowing we were going to move here, and that the call can happen, So, when we came, we were in the process of moving home, getting our lives together, getting visas. Today I think everything kind of hit me. I was in the gym running, getting emotional, cause this game really teaches you how to be selfish. Unfortunately, me and my husband we have to be very selfish that night towards each other. We just decided were not going to be involved with each other that night. We’re not even going to be in the same locker room. To watch your loved one go to war, I don’t now if you’re married, getting in a fist fight and not being able to be side lined by your significant other; it’s going to be very hard for us. At the same time, we trained for this, this is our job. So really, it’s not even that big of a deal but it will be a very emotion night for us; that’s for sure.”

I don’t know about underestimating, but I do believe on social media that somebody has started to call you out. Observed on Instagram, a former opponent of yours from the amateur days Vanessa Demopoulos seems to want to run it back with you now as a professional.

“Yeah listen, she can run her mouth. I don’t really want to talk about her cause she’s so irrelevant. I’ve called to fight her for the past two and half years. If she wants to call me names now, I have documents of all the times she never wanted to sign a contract. So, she can honestly be a big girl and try to say what she wants, but in my eyes she’s nothing. Right now, the only person that’s going thru my head is Rebecca Adney. So, she can just shut up!”

Talking about bringing up Rebecca Adney, we need to give her due time. What have you learned about her, what do you think she does well, that you need to avoid in this upcoming fight?

“You don’t see much about my opponent on the internet, and there’s only one fight, and its from a long time ago. For me, she’s an 18-year Army veteran, and I’ve fought an Army veteran before. I know their mental toughness, so I just wanna go in there and try to break her will. She’s going to come for me, and we’re prepared for anything from her. So, its her hometown, and I’ve been in those positions under the LFA banner; you gotta go in and beat the hometown girl.”

Check out the full interview with Cheyanne Buys at the top of the page. 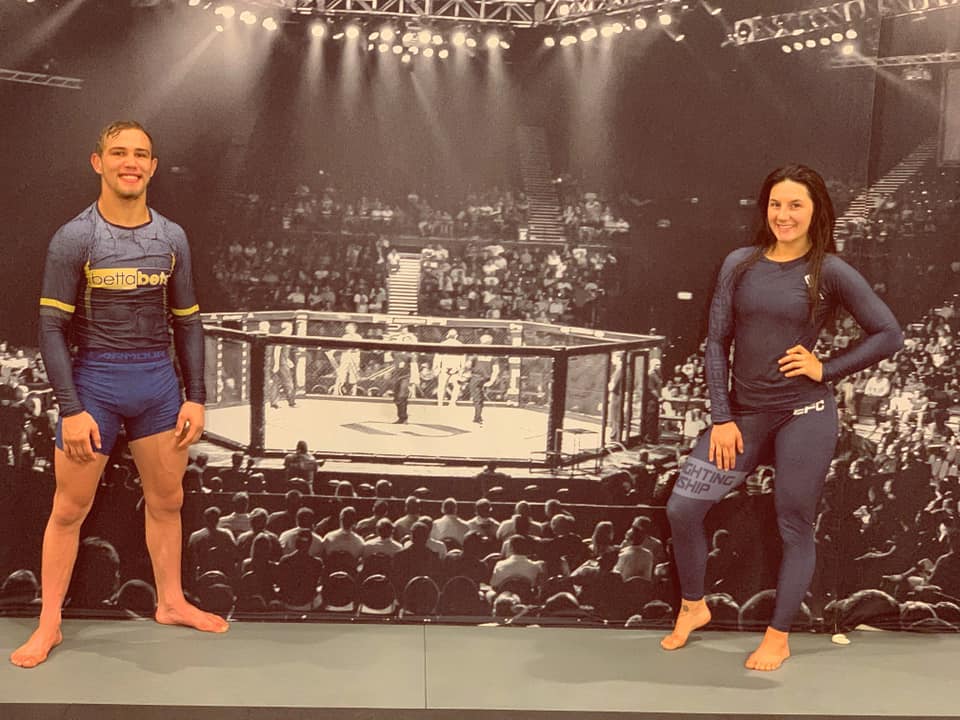 By Mike Pendleton 5 mins ago