Photos by Bryan Engel and provided by Robert Carver

Florina Moeller will make her pro debut when she takes on Taylor Turner at Shamrock FC 310 on October 13.  The fight will take place in Kansas City, Missouri, and will stream live on flocombat.com.  I caught up with ‘Count Cuddles’ a few days ahead of her fight.

Last time I talked to you was right before Shamrock FC 298 where you beat Lauren Anthony with strikes. It was your sixth fight as an amateur. With the win you went 4-2. What made you decide to go pro here of this next fight?

“That was actually my seventh amateur MMA fight, I ended up 5-2 with that win. For some reason my first fight was not recorded. My manager and I looked into it and evidently the entire show wasn’t reported. Going pro had been my goal for a while, so after that one my coach, manager and I agreed I was ready for this next step.” 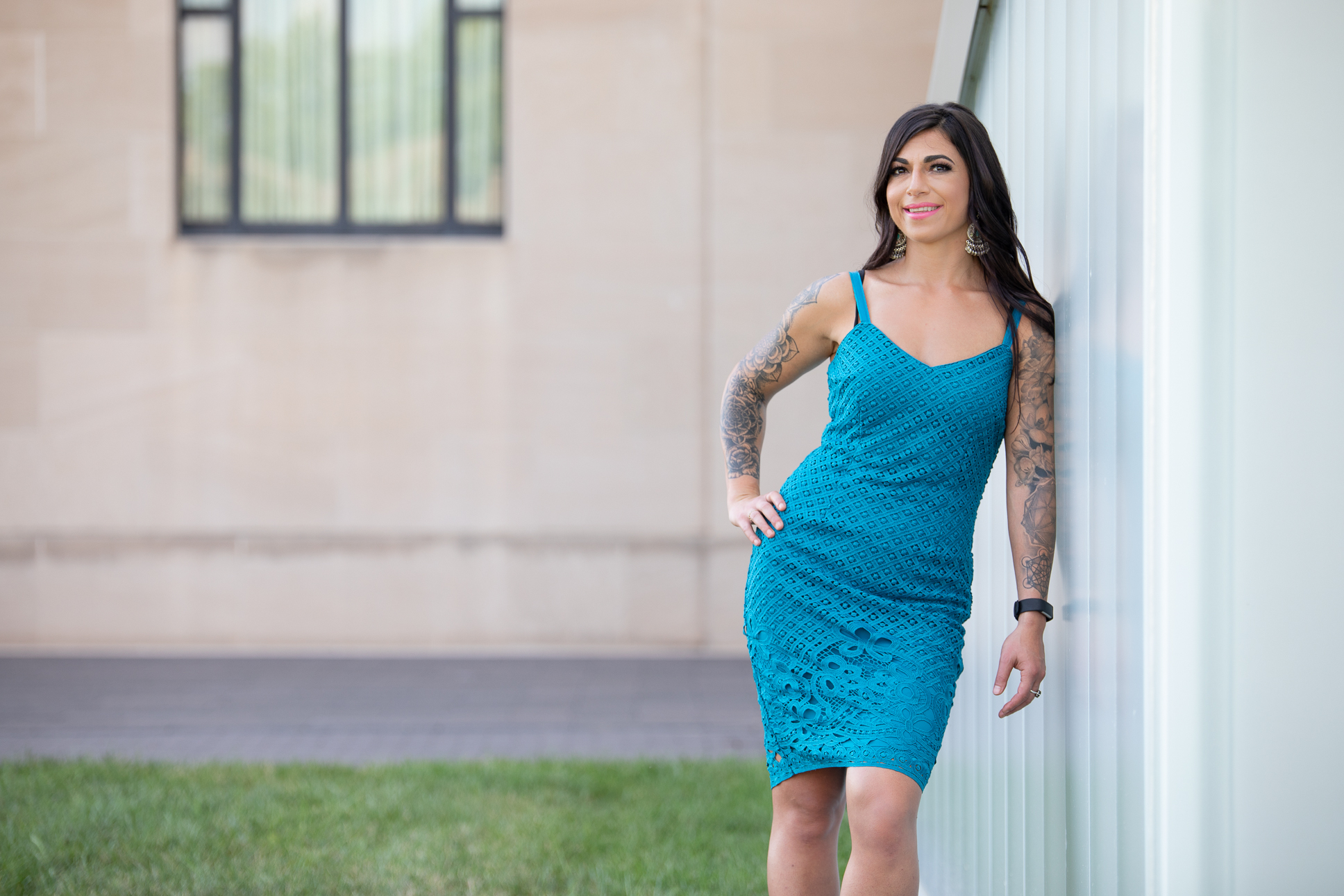 It’s been almost a full year since that last fight. What was the reason for the layoff and what have you been doing in the meantime?

“Primarily it was a matter of timing. After my last fight we decided my next was going to be pro so we were looking only for that and I also had to balance some trips that I took back home to Romania to see family for Christmas as well as to attend my sister’s graduation. A small injury kept me out of training for about three weeks as well but that was early in the year. I’ve been training full-time other than those short breaks.”

What do you know about your opponent and are you doing anything different in training now that you are switching from the amateur to pro rankings?

“I haven’t spent a lot of time on my opponent, I am letting my coach handle that part since I prefer to just focus on myself. My understanding is that she is fairly well-rounded and a very tough competitor. I have been working with my nutritionist on a new conditioning routine to account for the round increase, but other than that I’ve been doing what I have been doing all along, but with a significant step up in intensity.”

You don’t have the typical job that one thinks of a mixed martial arts fight having. You are a computer programmer. Do people ever think you are joking or lying when you tell them that you fight?

“Most people around me already know I do that since I have been at it for a while. As far as new people go, it kinda depends on what I am wearing at the time… If my tattoos are showing, they normally have no trouble understanding that I fight.

“I was very careful when getting my ink to make sure I can still cover everything up and look professional when needed. So when co-workers or people in my profession see me outside of my work attire, that’s when most are more surprised.”

Who are you currently training with in preparation for the October 13 fight? Is there anyone that stands out in particular?

“I have been going to Glory MMA & Fitness Northland working with my coach Zak Cummings, but I have also been attending classes at Glory MMA in Lee’s Summit, Missouri where James Krause and Grant Dawson teach. Both locations are great and I have a lot of other female fighters with different skill sets to train alongside.” 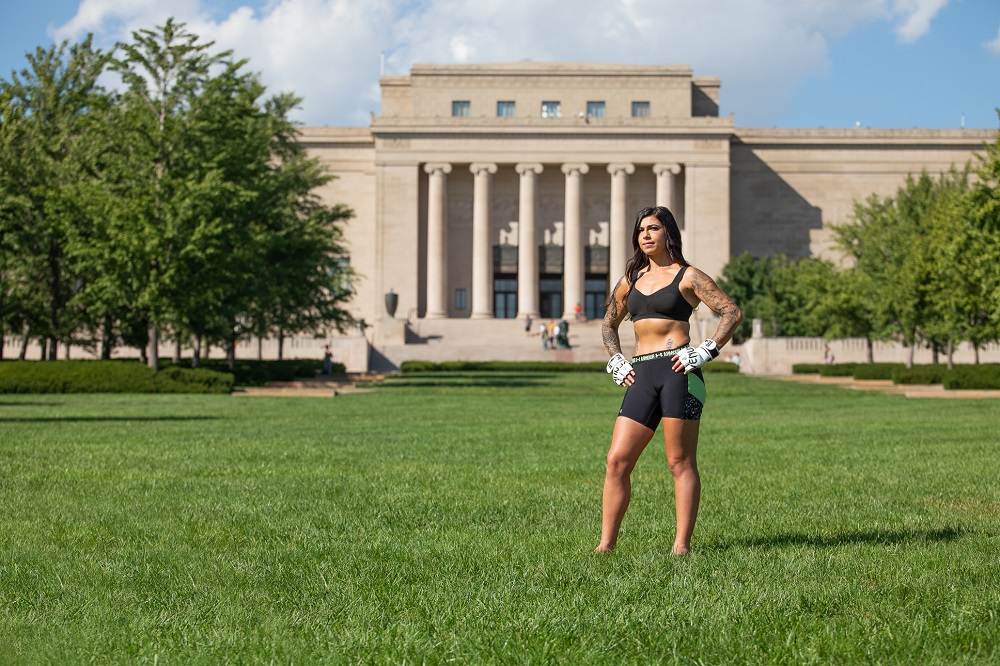 When we last spoke you told us that you were born on Friday the 13th in Transylvania. We’ve seen Shamrock mention this as well in promoting your upcoming bout. Now that this unique fact about you is making its way around, do you think this is something that you can use as a marketing tool for yourself in your fight career?

“Absolutely! My nickname used to be Cuddles… But, while cornering me for my last fight, James Krause said something to the effect of, ‘You were born in Transylvania on Friday the 13th and your nickname is Cuddles? You are wasting an opportunity here!’. He then came up with new addition to my nickname and as a result, I am now ‘Count Cuddles’…”

Prediction for how the fight will play out?

“I have been equally focused on my stand-up and ground game, so to be honest, I envision myself winning in a multitude of ways.”

Any sponsors, teammates, coaches, anyone you want to thank or social media sites you want to plug.

“Most definitely- my coaches and teachers Zak Cummings, James Krause, and Grant Dawson, and my manager Robert Carver.

“I’d also like to thank all of my teammates at both Glory MMA locations as well as Shamrock FC for giving me the opportunity to turn professional on their promotion!”

By Dylan Bowker 4 mins ago

Paul Varelans passes away due to COVID-19 struggles

By Matt Bricker 9 hours ago

Georges St-Pierre will not be Khabib Nurmagomedov’s next opponent