The main event of Cage Warriors 102 (London) see’s the vacant middleweight title up for grabs. Two top contenders are set to throw down for the 185lbs strap.

Thomas Robertsen has seen most of his career in the welterweight division, however with a nice recent run as a middleweight and victories over Phill Wells and Saed Younsi, The Norwegian fighter is primed at (7-1) and feels his time is now!

We caught up with his adversary, James Webb (5-1) who has been on a tear since signing with Cage Warriors. His last three victories in the promotion have all been finishes, and the big Englishman seems to be getting better with every fight. 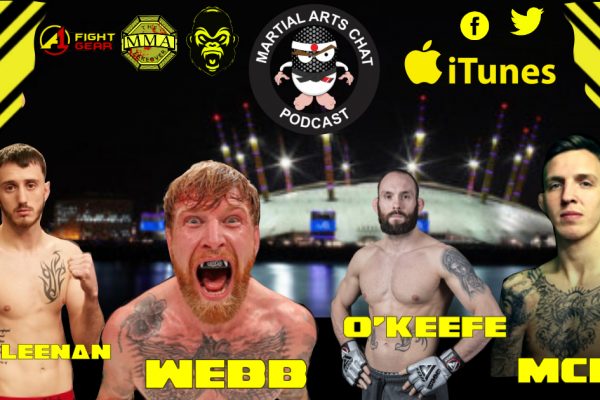 “It’s all about improving and evolving in this game, especially at this stage in my career. Yes I feel I’m the better fighter in this fight, but if I didn’t feel there was room for improvement, then I wouldn’t be the fighter I am today, yknow?”

James is very humble in what he see’s as his evolution and gives all the plaudits to his team mate and friend fellow MMA fighter Chris Fields.

“I owe everything to Chris, yknow. Not just training, when I’m town he sorts with a place to stay, sorts me out with the right training, the right people, and just really a good friend. He’s a great guy and I can’t thank him enough for all he’s done for me, it’s all down to Chris.”

Cage Warriors 102 is set to be some night in London, with so many top European fighters on the card including, Deccy McAleenan, former BAMMA Champion Rhys McKee and we talk with all of them on the podcast, including Steve O’Keefe, who talks his fight against Conor McGregor at Cage Warriors back in the day.

You can check out the full episode below: