Jhonoven Pati excited to headline, about more than just him

Jhonoven Pati found out on the UFC Fight Island broadcast that he would be headlining his night of Contender Series. While heading down to the UFC Apex for a video and photo shoot, Pati had know idea he was the headliner. It wasn’t until the Texas native saw the UFC Fight Island 2 broadcast display it while watching the card.

“I had no idea I was the headliner. It was very emotional for me and my family,” Pati told MyMMANews. “I’m just another guy trying to make it for my family. It’s crazy, to see my wife’s reaction was pretty special. That is when it set in how serious this is.” 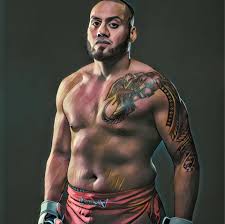 On August 25, Pati is set to face against Jamie Pickett. Last season, Pickett also was a member of the Contender Series.  He fell short to Punahele Soriano last August. As for what Pati predicts come fight night, to break Pickett. Pati didn’t want to discole to MyMMANews what he saw at the end of the first round but told fans “go watch it back and you will see what I’m talking about.”

“He will try to take me down to the ground,” Pati said. “I see myself finishing Jamie if not late first round then early second round. I can break him. Something happened at the end of round one in his Contender Series fight, something you’d never see me do, I know I can expose what happened. Me as a fighter, when I see what Jamie did in his corner, you’d never see me do that. I will expose him, I’ll make him quit.”

Pati is fighting for his dream come August, a dream to crack the coveted UFC roster. That dream isn’t only his though, it is presented through him but there are many factors being displayed in the Pati camp. Between family, coaches, teammates and friends, Pati is a small piece of this dream.

“I’m a family man, I’m a representation of everything that I’m tied with,” Pati said. “My gym, my coaches, my faith, my family. Everyone is with me, I’m displaying us with my platform but so many people have put so much into this. Those people deserve this just as much as I do, just as much there’s as it is mine.”

Jhonoven Pati hasn’t always lived the rough lifestyle of the mixed martial artist. A former Collegiate football player at Howard Payne University (Texas), Pati at one point was enjoying the college lifestyle just as many of us have done in the past. It was that lifestyle that one day called him to training for MMA.

“I didn’t make the NFL, wasn’t big enough,” Pati explained. “I was a student athlete my entire life so for the last semester before graduation I wasn’t doing anything in the gym. I’d take the long way to class to avoid seeing the gym. Eating, drinking whatever I wanted, living it up. I was 215 when football ended, was at 280 at graduation.”

While living the dream of college until it came to a close, Pati’s friends and teammates enticed him to give the mixed martial arts training a try. While it was a rough start, Pati has clearly made the correct career choice as he now competes for the dream all fighters look towards, a UFC contract. Pati also blames his stretch marks on that last semester of college, I’m sure it was still worth it. Tune in August 25th for the Contender Series headliner Pati vs. Pickett.