After three years away from active competition, Jim Fitzpatrick (3-0)returns to action this Friday night at Art of War Cage Fighting 22.

The undefeated New Jersey native and owner of Sussex County Mixed Martial Arts & Fitness takes a short-notice fight against Philadelphia’s own, Will Dill.

The April 1 fight takes place exactly one week after it was announced that Dill’s original opponent, Trent Stump was forced off the card due to injury.

Fitzpatrick will walk into enemy territory when he squares up against Dill at the LIVE! Casino and Hotel in the ‘City of Brotherly Love’.

“Really, everywhere we fight I feel is ‘someone’s backyard,'” Fitzpatrick told MyMMANews. “I fought guys when it was in their backyard, home town, and they sold hundreds of tickets.  We come from a very rural place.  There’s not really a lot of fights up here, so we’re always traveling to fights.”

Continuing to discuss the upcoming task at hand, Fitzpatrick felt that he and his opponent were on even ground as far.

“When we get in there, it’s just me and him.  The crowd doesn’t really play a factor to me.  I just want to get in there and do my thing and focus on the task directly in front of me.  I’m sure it puts a little more pressure on him knowing that he’ll have all those people there but he seems like a composed person when he’s in there so I’m sure it’s not a factor for him either.”

Because Fitzpatrick recognizes that Dill switches stances when competing, the 33-year-old professional mixed martial artist has been drilling with teammate Joe Tizzano ahead of the contest.

“Joe’s one of the up and coming pros here, he’s a really good look,” Fitzpatrick said. “He’s a little bit shorter than I am.  He’s a southpaw.  Dill switches stance quite a bit, so can Tizzy (Tizzano).  Tizzy is a high-level striker, great wrestler.  Me and him are always working together.  I’m in his corner, he’s in my corner.  I feel like it was a good look for a while now.”

In his interview with MyMMANews, Fitzpatrick continued to discuss weight cutting, his new-found love for sweets…. and running, gym ownership, family life, and more.

LISTEN TO THE COMPLETE INTERVIEW WITH JIM FITZPATRICK BELOW: 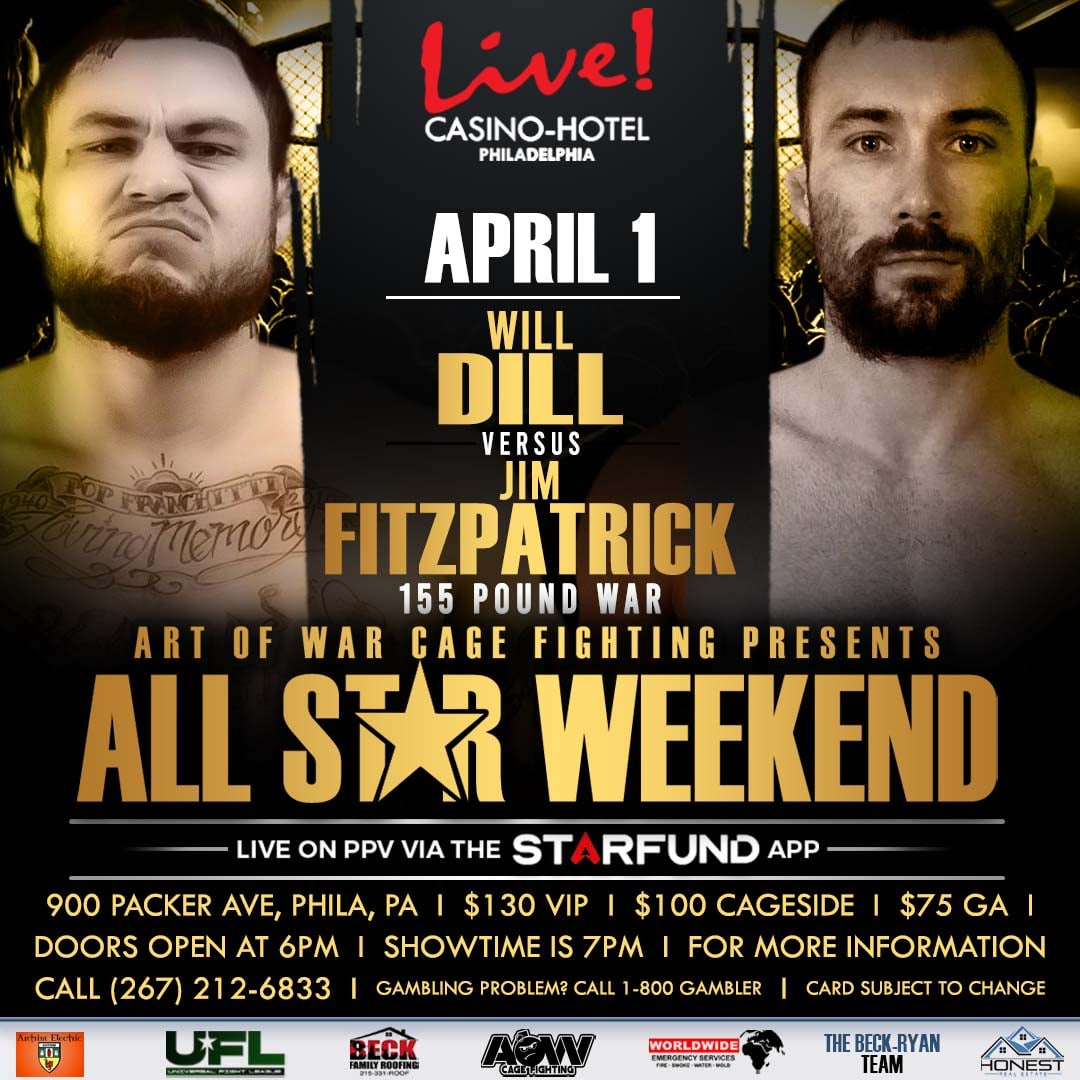