Lenny Rufati has been waiting patiently for this day.  In between his doing his roadwork, and training as much as possible at his new fight team headquarters, Roufusport, “The Gorilla” is trying enjoy the fruits of his labor.  For the first time in 11 fights, he will be earning a paycheck to put the gloves on and have the cage door locked behind him as he makes his professional debut.  This will take place on November 16th at Ring of Combat 66 in Atlantic City, N.J. His opponent is Tiger Schulmann’s Andy Segovia (1-0).

Ring of Combat has sent more fighters to the UFC than any promotion that exists. They are the premier regional event in the country as Louis Neglia and Dead Serious Promotions continue to provide a platform for many fighters to showcase their skills.  Rufati does his homework and is very humbled and honest about having the opportunity.

Rufati recently relocated out to the mid-west and was thrilled to find out that Roufusport was super close to his new home.  He will have Joe Nicols flying east with him to work his corner as Duke will be in Israel to aid Lenny’s teammate, Emmanuel Sanchez, try to win the 145 lb title vs Patricio Freire in the Bellator main event on the 15th.  Nicols is a veteran of many UFC corners and will be aided by Rufati’s former trainers at Method MMA.

Please listen in below to our interview.  The Gorilla plans on leaving the cage with a win and tells us about his move away from the east coast, and how he has settled in as well as giving us a preview of his first fight as a pro.

MyMMANews will be on hand for live results, photos, and a full recap.

LISTEN TO LENNY RUFATI BELOW: 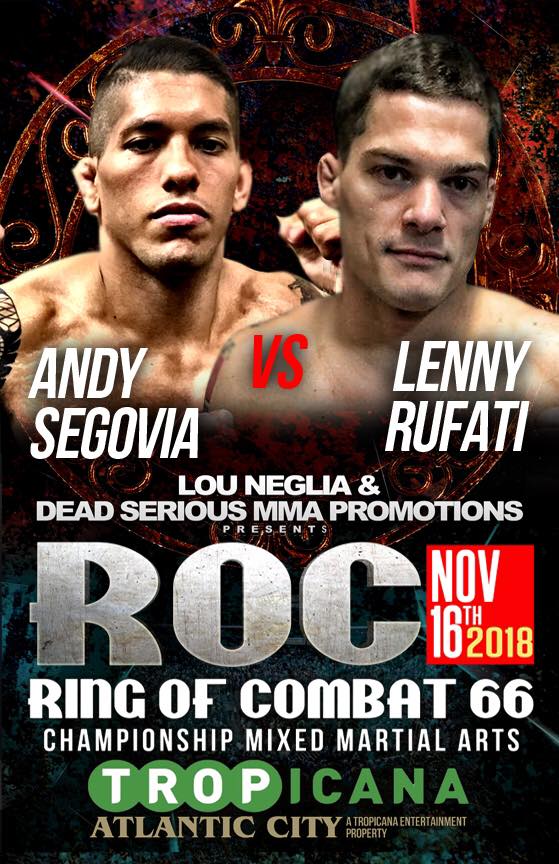 By Brady Briggs 59 mins ago