Interview with Sam Hughes above – Check it out

Sam Hughes (4-1) discusses her strawweight fight against Cynthia Arceo (5-2-1) at LFA 93 on October 16. Sam also talks about how she got into MMA, her LFA strawweight title fight loss to Vanessa Demopoulos, and why a UFC call could be next.  Sam spoke about being humble in her last fight and the mistakes she learned from that loss.

“I’ve reflected on this quite a bit. I think I got a little bit too cocky. I think going into the fourth round,  I was up five rounds to four or something like that because she got a point deducted as well. So basically I had to just finish out the two rounds and the title was mine. Hands down the striking I was out striking her. I got a little cocky, I wanted to grapple with her. I wanted to show my skill set  I’m very confident in that. Then like that, I got caught in something. Flukes like that happen. I think if I fight her again, if I ever do, that’s not something I’ll ever get caught in again. Honestly, I’m really happy to show my skillset in this next fight.” 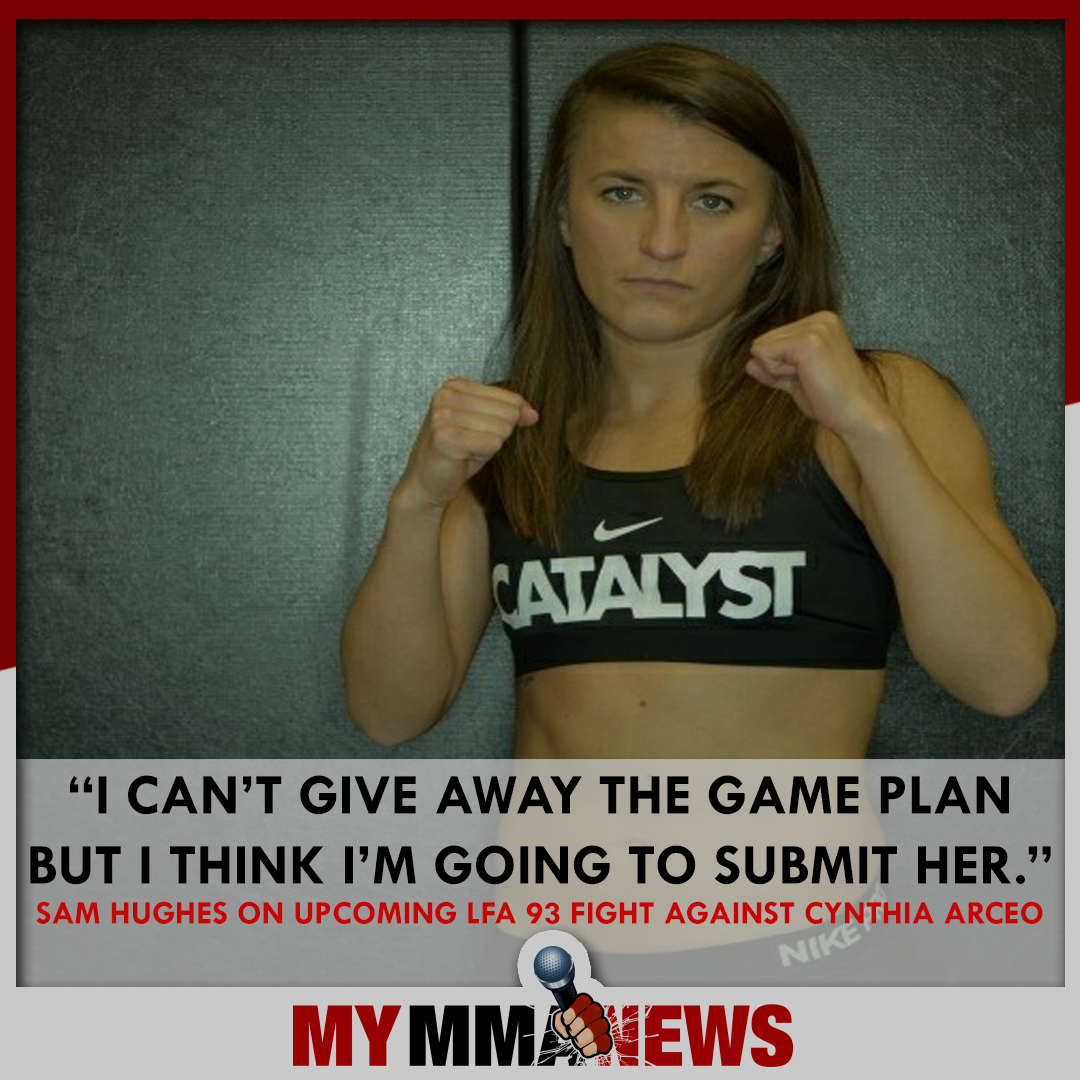 By Cole Shelton 13 mins ago