Ohio Combat League is set to kick off their 2023 calendar this weekend, as OCL 23 goes down at the Hollywood Casino in Columbus, Ohio. With sports betting now legal in Ohio, it makes sense that MMA is returning to the state capital’s casino.

In the main event, the women take center stage, as Chelsea LaGrasse and Alibeth Milliron square off in a strawweight bout.

LaGrasse looks to improve upon her 2-4 record, as the Ohio native and Ronin Training Center product returns to action for the first time in more than 18 months. She’s traveled far and wide for her fights, including fighting for RIZIN in Japan in her pro debut, a bout in Canada, and on UFC Fight Pass for both Titan FC and FAC. She fights in Ohio for the first time in almost two years, as she earned a unanimous decision over Anna Somers at OCL 9 in 2021.

Milliron comes in from Michigan looking to snap a two-bout skid and improve upon her 2-2 record. After stoppages in her first two pro bouts in 2018, she returned to action in 2022. But she came up short in both bouts, including her most recent bout at Combate Global in August.

The event actually features a trio of women’s bouts, as Sarah Flowers (4-0) and Brittany Bickhart (3-1) square off for the amateur featherweight title, and debuting fighters Jaime Rucker and Lauren Flynn throw down at a catchweight of 110 pounds.

In the co-main event, well regarded prospect Josh Perreira will make his pro debut after a 7-1-1 amateur run. Originally from Hawaii, the Immortal Martial Arts product is ranked as the No. 1 amateur flyweight in Ohio and the Midwest according to Tapology. He won titles for OCL, B2 Fighting Series, and Bizzarro Promotions during his amateur career.

Perreira will face veteran Greg Spearman, who holds an 0-4 record, albeit against a high level of competition. He’ll fight for the first time since 2020 when he lost a decision against Yohe Rojas at OCL 7.

In a highly anticipated bout, Ronin Training Center’s Kobe Woodall will defend his lightweight title against Jaden Mattox. Woodall is undefeated at 6-0 and is ranked as the No. 2 amateur lightweight in Ohio. Five of his six wins have come via stoppage, and the other bout was a decision over Zach Stacy in the finals of the OCL lightweight title tournament.

Mattox was a two-time state champion wrestler and wrestled at Ohio State prior to transitioning to MMA. He’s been nothing short of impressive during his MMA career, including memorable knockouts over Bobby Kelley and John Leark. He comes in off of a decision win over Shane Nuttall in his last outing. 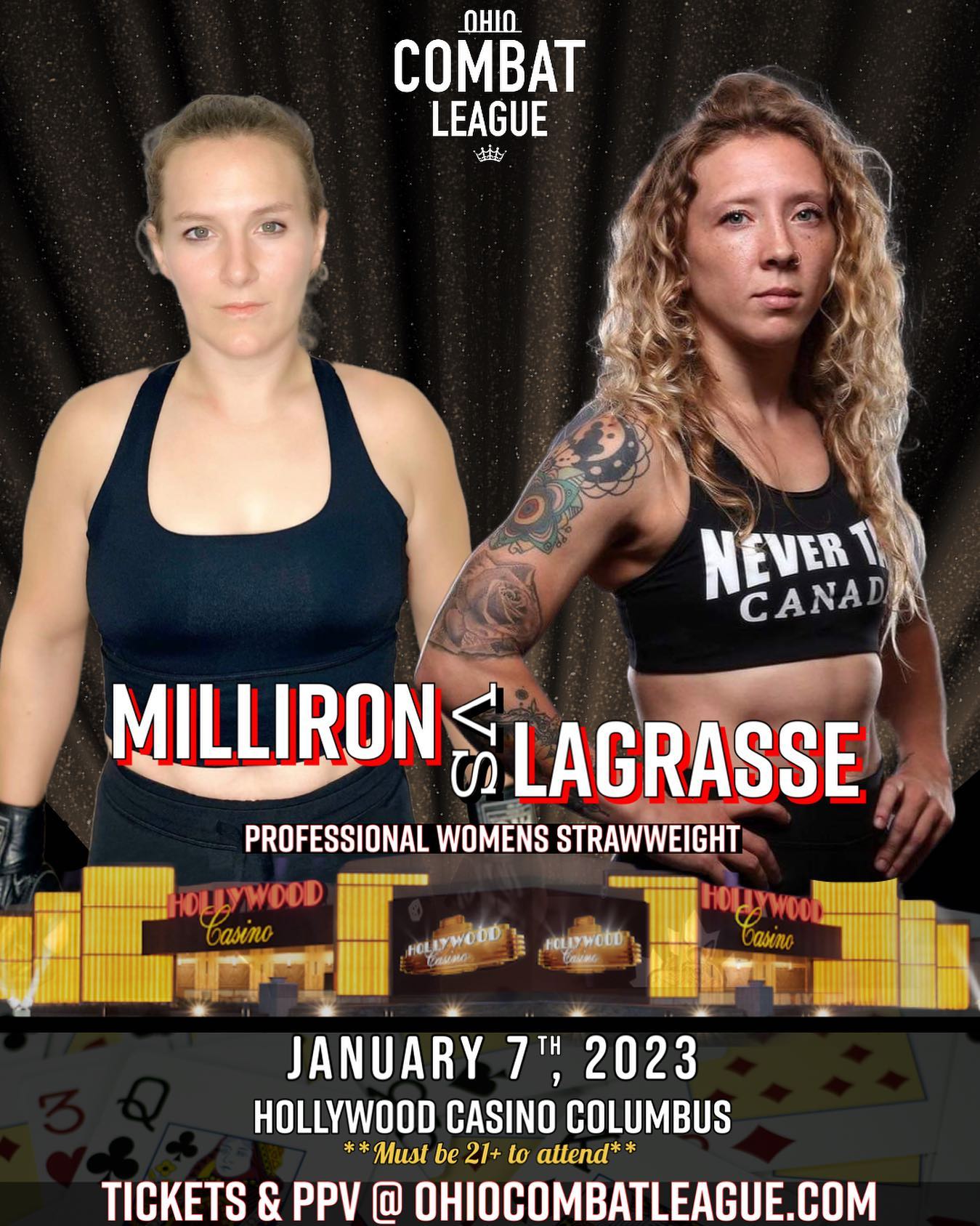