ONE Championship valuation could reach $1 billion

The Ultimate Fighting Championship (UFC) is not the only mixed martial arts organization that made major business moves this week.

The UFC and ONE Championship are the two largest MMA organizations in the world, both making groundbreaking financial announcements within just hours of each other.

Earlier this week the UFC announced their ownership change which pulled in a whopping $4 billion. Now Asian powerhouse ONE Championship (ONE) has also announced a major institutional investment.

Yesterday, ONE Chairman Chatri Sityodtong revealed that Temasek Holdings has invested a significant eight-figure sum into the company, putting ONE on track for a potential $1 billion valuation within 12-18 months. 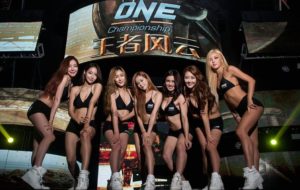 “Temasek Holdings is an investment company owned by the government of Singapore with a net portfolio value of S$242 billion. The investment into ONE is via its wholly-owned subsidiary Heliconia Capital Management.

According to the media release, Temasek’s investment was led by the visionary CEO of Heliconia Capital Management Derek Lau who, in alignment with Sityodtong, intends to help to create Asia’s first multibillion dollar sports media property.

An investment in ONE by a global financial powerhouse like Temasek is a critical endorsement of the company and its mainstream potential in Asia. Besides funding, this deal with Heliconia will provide ONE with access to Heliconia and Temasek’s vast resources, network and ecosystem across Asia, especially China.

In less than five years, ONE Championship has become Asia’s largest sports media property, putting on more than 40 shows in major cities across Asia with a global broadcast to over 1 billion viewers across 118 countries.

‘This is a landmark partnership that marks the beginning of a long and exciting journey to bring ONE Championship to every corner of Asia and ultimately, to the rest of the world,’ said Sityodtong. ‘Our alliance with Temasek and Heliconia will unlock additional markets and opportunities for ONE and take the sport mainstream across Asia.’

Both major announcements of institutional investment into the world’s two largest MMA organizations is significant validation that a global duopoly has formed, with UFC dominating the West while ONE takes the reigns of growth in the East.

It is a landmark achievement for proponents of the sport, and should have far-reaching benefits for fans in the coming years.”

By Kyle Carroll 5 hours ago

By Nicole Bosco 23 hours ago