PA Cage Fight 35 will be held at Genetti’s in Wilkes-Barre, Pennsylvania on Saturday, March 23. With less than a month to go before bell time, the event’s main event would see a significant change as Chris Piriz (6-6) will step in for Solo Hatley (4-1) against Jim Fitzpatrick (2-0).

Hatley has withdrawn from the contest and according to PA Cage Fight promoter Pau Matreselva Jr., has received a suspension from the Pennsylvania State Athletic Commission.

In his place steps Piriz who is hungry as he was supposed to fight just a few short weeks ago for CFFC but had his opponent withdraw during fight week.

I’m just happy Piriz stepped in and I get to fight,” Fitzpatrick told MyMMANews.

Piriz simply told us, “No secret to this fight, just winning it.”

Have you ever seen a fight a card with not one, not two, not three…..four..five…six…. BUT seven title fights on the card?  Ladies and gentlemen….welcome to PA Cage Fight.  And tix are starting at just $40. 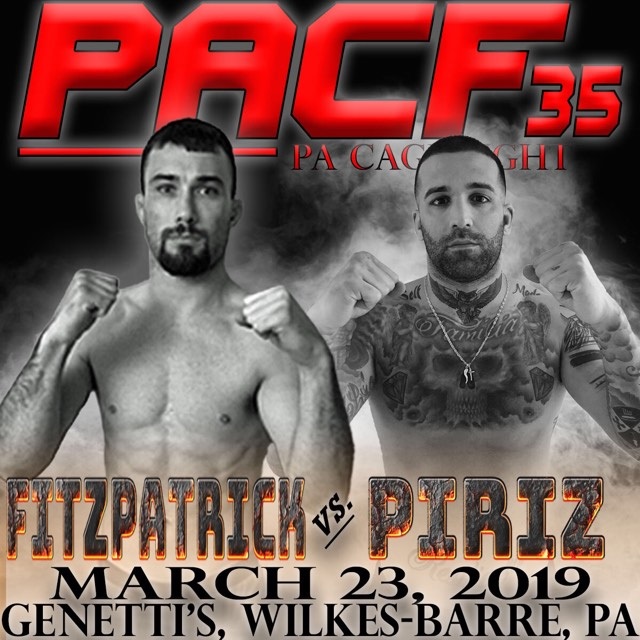 By Dylan Bowker 50 mins ago