When an MMA fighter is not signed to one of the major organizations, sometimes they do what they have got to do to pay the bills and still put a fight camp together.

Interview with Randy below:

Heard that you’re not training in Las Cruces for this fight, what’s going on?
“So, my day job is sending me for training (in Oceanside, California) for my work and then I’m also using it at the same time to train with some high-level guys.”

“I’m working out at The Compound with Sean Loeffler. He’s a UFC vet, a Bellator vet. He has over 150 fights. I don’t know the exact amount that’s why I’m leaving it at about. A solid man and good gym so training there.”

A change of opponents, originally scheduled to face Mano Otero for the AFL Heavyweight title. Now it’s Roman and a Light Heavyweight Title bout. When did you find out?
“Three weeks before the fight I found out that I had a change in opponent. Yeah totally different from 5‘9” to 6’1” or 6’2”, whatever he is. From a guy that’s basically a brawler and no ground game to a guy that’s slick on the ground and solid on his feet as well.”

What’s your thoughts on the new match-up?
“Roman’s from a solid camp. I know that’s he’s going to be game to fight. He’s been preparing for a fight that fell through and coming off of an injury. I know little things and I’ve cornered against him; I believe when Billy Colon fought him.”

“Since I last seen him (Roman), I’ve gotten better in Jiu Jitsu; I have a second-degree black belt that’s been training me. I just got my black belt like four weeks ago now, three weeks ago, something like that and I’m training better on the ground. My stand up is just solid so my biggest thing is to go in there take care of business as cleanly as possible, expect five rounds, and look for the stoppage at any point.” 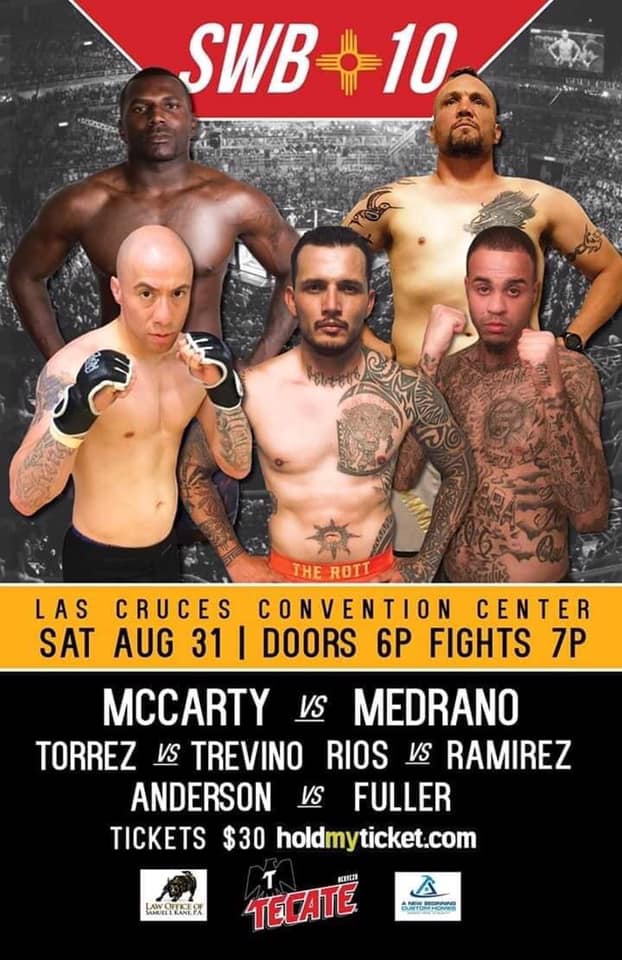 *Records came from the promotion & card subject to change

By Nicole Bosco 18 hours ago