Three-time European Champion Reece Thomson is another huge star to come out the Crawley Lumpini Gym. At 23 years old, Thomson has traveled the world from Los Angeles to Thailand. With such a wealth of experience so early on in his career, there is no surprise of the achievements Thomson has had.

Before entering the world of Thai Boxing, with the inspiration of his father, Thomson was a fantastic football player. Kicking a ball around at the young age of two years old, Thomson was displaying incredible skills and knocking on the door of a potential signing of a big club. When Thomson reached 11-years-old, he started to fall out of love with the sport. When realising the huge expectations of footballers and pressures he was receiving at such a young age, Thomson decided to call it a day.

Thomson’s brother was involved in Thai Boxing from the age of four years old. One day at school, Thomson was in detention and his father told him, “You’re trying this.” Thomson developed a bug for the sport immediately and began training once or twice a day.

Thomson joined Ebbsfleet Thai Boxing gym at 13-years-old and within four months he was competing at Interclub level. His first competition came on one days’ notice against an experienced fighter. Thomson felt a sense of achievement from the bout even if the outcome was a draw, Thomson took this as a positive and so he should.

Check out the full story with Reece Thomson above. 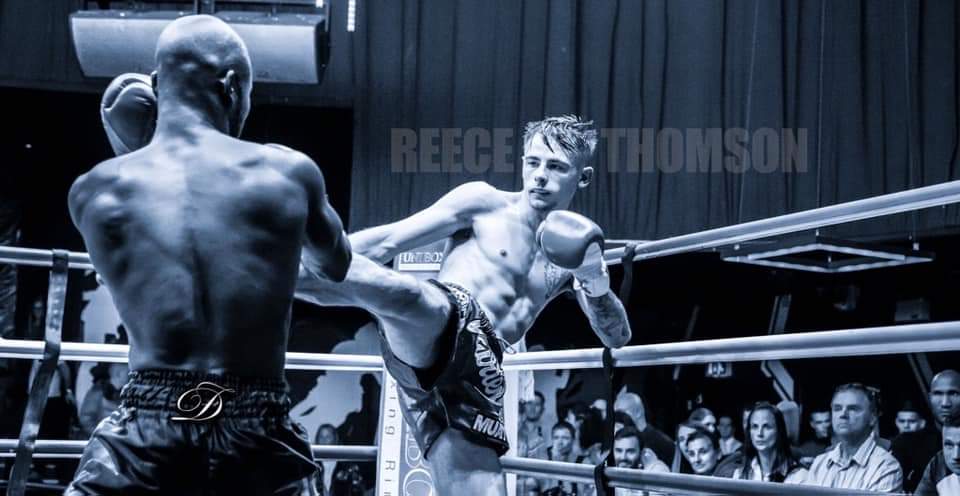